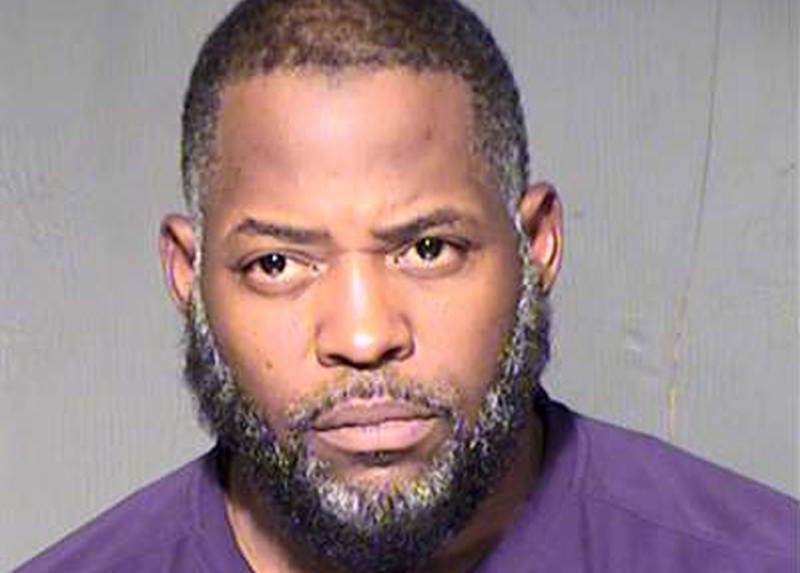 The U.S. government landed its second conviction of someone charged with supporting the Islamic State terrorist group after an Arizona man was found guilty of charges that he plotted last spring’s attack at a cartoon contest that offended Islam in Texas.

Abdul Malik Abdul Kareem, an American-born Muslim convert, was accused of providing the guns used at the May 3 event in suburban Dallas and hosting two Islamic State followers at his home to discuss the upcoming attack. He also was found guilty of providing support to the Islamic State.

The verdict Thursday marked the second time a person was tried in the U.S. on charges related to the terrorist group. A trial in New York ended a week ago with a guilty verdict against a U.S. military veteran charged with attempting to join Islamic State.

Assistant U.S. Attorney General John Carlin, head of the U.S. Justice Department’s national security division, said the agency “will continue to prosecute to the fullest extent of the law those who conspire with others to support foreign terrorist organizations and to commit acts of violence.”

Kareem, who faces a maximum prison term of 45 years, was scheduled to be sentenced on June 27. Kareem’s attorney, Daniel Maynard, declined to comment after the conviction.

Prosecutors say Kareem, who grew up in a Baptist household and converted to Islam as an adult, also went target-shooting in the remote Arizona desert with two men killed in a police shootout outside the contest, Elton Simpson and Nadir Soofi. A security officer was wounded in the attack, but no one else was injured.

Authorities say Kareem, Simpson and Soofi had researched travel to the Middle East to join terrorists at the instigation of the terrorist group.

Kareem testified that he had no knowledge beforehand that his friends were going to attack the contest featuring cartoons deemed offensive to Muslims. He insisted that he didn’t even know about the event until after Simpson and Soofi were killed.

Prosecutors said Kareem tried to carry out an insurance scam to fund a conspiracy to support the Islamic State group and attempted to indoctrinate two teenage boys in his neighborhood on radical jihadism.

They also say Kareem, Simpson and Soofi initially wanted to blow up the Arizona stadium in early 2015 , but when that plan failed, they set their sights on the cartoon contest.

Kareem told jurors that he evicted Simpson from his home because he believed Simpson was putting tracking devices in his car. He also said he strongly disapproved of Simpson using Kareem’s laptop to watch al-Qaida promotional materials.

Stefan Verdugo, one of Kareem’s former roommates, testified that Kareem wanted to get revenge against people who portrayed the Muhammad in drawings and had inquired about the types of explosives that would be needed to blow up the stadium.