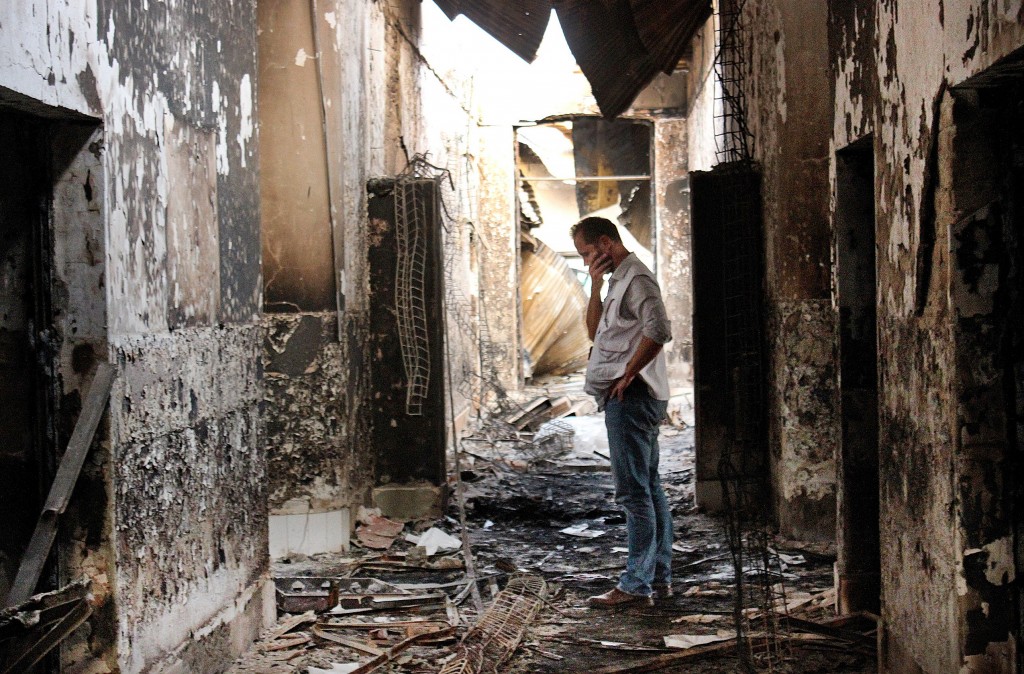 More than a dozen U.S. military personnel have been disciplined – but face no criminal charges – for mistakes that led to the bombing of a Doctors Without Borders hospital that killed 42 people in Afghanistan last year, U.S. defense officials say.

The punishments, which have not been publicly announced, are largely administrative. But in some cases, the actions, such as letters of reprimand, are tough enough to effectively end chances for further promotion. The military has previously said that some personnel were suspended from their duties but has given no further details.

The disciplined include both officers and enlisted personnel, but officials said none are generals.

The officials, who were not authorized to discuss the outcomes publicly and therefore spoke on condition of anonymity, said the disciplinary process is nearly complete. It is derived from a military investigation of the Oct. 3, 2015 attack, the results of which are expected to be made public in partially redacted form in coming days.

Sandra Murillo, a spokeswoman for Doctors Without Borders, said the charity would not comment on disciplinary actions until the Pentagon communicates its decisions directly to the group or makes a public announcement.

The hospital, run by the medical charity Doctors Without Borders in the northern city of Kunduz, was attacked by a U.S. Air Force special operations AC-130 gunship, one of the most lethal in the U.S. arsenal. Doctors Without Borders called the attack “relentless and brutal” and demanded an international investigation, but none has been undertaken.

Army Gen. John Campbell, who was the top U.S. commander in Afghanistan at the time but has since relinquished command, has called it a “tragic but avoidable accident caused primarily by human error.”

The attack was unleashed as U.S. military advisers were helping Afghan forces retake Kunduz, which had fallen to the Taliban on Sept. 28. It was the first major city to fall since the Taliban were expelled from Kabul in 2001.

Afghan officials claimed the hospital had been overrun by the Taliban, but no evidence of that has surfaced. The hospital was destroyed and Doctors Without Borders, also known by its French acronym, MSF, ceased operations in Kunduz.

President Barack Obama apologized for the attack, which was one of the deadliest assaults on civilians in the 15-year war.

The U.S. command in Kabul said in February that it has expressed condolences and offered payment to more than 140 families and individuals affected by the attack.

In November, the U.S. military provided an outline of what happened. It said the crew of the AC-130 gunship, which is armed with side-firing cannons and guns, had been dispatched to hit a Taliban command center in a different building, 450 yards away from the hospital. However, hampered by problems with their targeting sensors, the crew relied on a physical description that led them to begin firing at the hospital even though they saw no hostile activity there.

Many chances to avert the error were missed, officials said.

At a November news conference, Brig. Gen. Wilson Shoffner, a spokesman for Campbell, said the actions taken by the U.S. aircrew were “not appropriate” to the threat they faced, suggesting that a number of them could be faulted.