World FOCUS: How the Syrian Conflict Has Changed the World
World 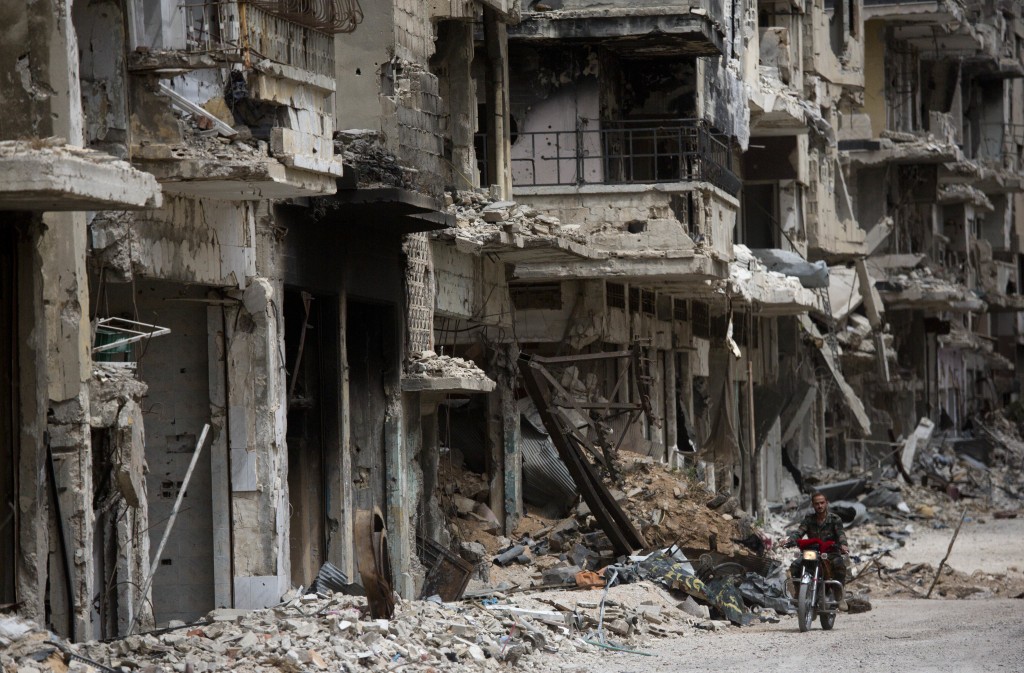 As Syrians mark the fifth anniversary of the uprising against President Bashar Assad, the conflict has had an outsized impact on global politics.

Here are five ways the world has changed:

It was in the vacuum of the deteriorating Syrian conflict that a little-known and terrifically violent branch of al-Qaida grew into the foremost terror group on the planet.

In 2014, the Islamic State group completed its takeover of the eastern Syria city of Raqqa and went on to conquer Iraq’s Mosul. It eventually took over an area straddling the countries’ border the size of Britain — absorbing weapons, wealth and personnel along the way. The expansion went largely unchecked by the Syrian government, busy fighting opponents in its more populated regions closer to the Mediterranean coast.

IS has sparked deep anxieties in the region and around the world by slaughtering minorities, institutionalizing slavery, vanquishing state armies and killing opponents in gruesome spectacles of violence. It destroyed heritage sites, such as historic sites in the ancient city of Palmyra, and fueled the global antiquities trade.

The group has waged terror attacks from France to Yemen and has established a beachhead in northern Libya that could outlast its so-called “caliphate” in Syria and Iraq. Perhaps most confounding, thousands of young men and women from Europe — not all of Muslim origin — have flocked to join it.

“There is one man on this planet who can end the civil war in Syria by making a phone call, and that’s Mr. Putin,” British Foreign Secretary Philip Hammond said recently.

Russian President Vladimir Putin has established a renewed Middle East foothold after watching for years as the United States called the shots in the region. Last September, after showering arms, advisers and economic assistance on President Bashar Assad to insufficient effect, Putin sent his air force to pound the Syrian government’s opponents. The recent ebb in violence is largely because Russia dictated it. Russia’s designs for Syria are still veiled, but whoever leads Syria next will largely owe their chair to Putin.

Before Syria, there was Georgia in 2008 and Ukraine in 2014, precursors to the current intervention, where Putin was unafraid to show the lengths he would go to in order to protect perceived Russian interests. Now, Russia is positioned as a major broker in the region with significant oil and gas wealth. Expect political movements of all stripes to ask how Russia can serve their interests.

When Europe fashioned its open border agreements late last century, it did not anticipate over a million migrants – mostly refugees from Syria – in one year alone, as happened in 2015. Thousands have died trying to cross by sea, posing a moral challenge for the continent. The stream, which continues unabated, has brought on both generosity and xenophobia, ultimately shaking the open-border arrangement to the core.

Europeans are now erecting barriers along the migrants’ Balkan route from Greece to Germany, after initially allowing entry to hundreds of thousands. Multitudes fester in squalid conditions in southeastern Europe. Many face legal limbo around the continent, waiting for asylum applications to be processed or residing without permits.

The Islamic State attack on Paris in November, though largely perpetrated by French and Belgian nationals, sparked security recriminations across Europe and boosted nationalist politicians. Echoes could be heard as far away as the United States, where Republican front-runner Donald Trump shocked many by proposing a ban on Muslims entering the country.

Europe is now exploring a deal to send all migrants arriving in Greece back to Turkey, in exchange for admitting preselected refugees from Syria. On top of its currency crisis, the mass migration has strained Europe’s unity to the limit.

Europe’s migrant crisis is dwarfed by the wave of displacement that has washed into Syria’s neighbors. Turkey, Lebanon and Jordan alone host around 4.4 million refugees from Syria; in Lebanon, they make up more than one-fifth of the population.

Syrian refugees have brought capital and labor and produced mixed economic outcomes in their host societies, depending on what figures are consulted.

The Syrian conflict has rebalanced regional axes of power. Predominantly Shiite Iran’s sphere of influence now extends from Beirut to Tehran, with dependent governments in Baghdad and Damascus. The commander of the elite Quds Force of the vaunted Revolutionary Guards, General Qassem Soleimani, has visited Russia and is often seen directing deployments in Syria and Iraq. Iran has militias in both countries said to operate outside sovereign command structures.

In Lebanon, Iran is powerfully represented by Hizbullah, the party-militia hybrid that expelled Israel from the south of the country in 2000. It has sent thousands of fighters to prop up Assad in Syria. Israel glumly watches its nemesis training with modern artillery alongside Russian and Iranian contingents, and fortifying its position along Israel’s northern border. Hizbullah steadily marginalizes Saudi-backed opponents in Lebanon’s government.

Saudi Arabia, the regional Sunni powerhouse, is struggling to maintain support for the mainly Sunni rebels it backs in Syria while also fighting Iran-supported Shiite rebels in Yemen.