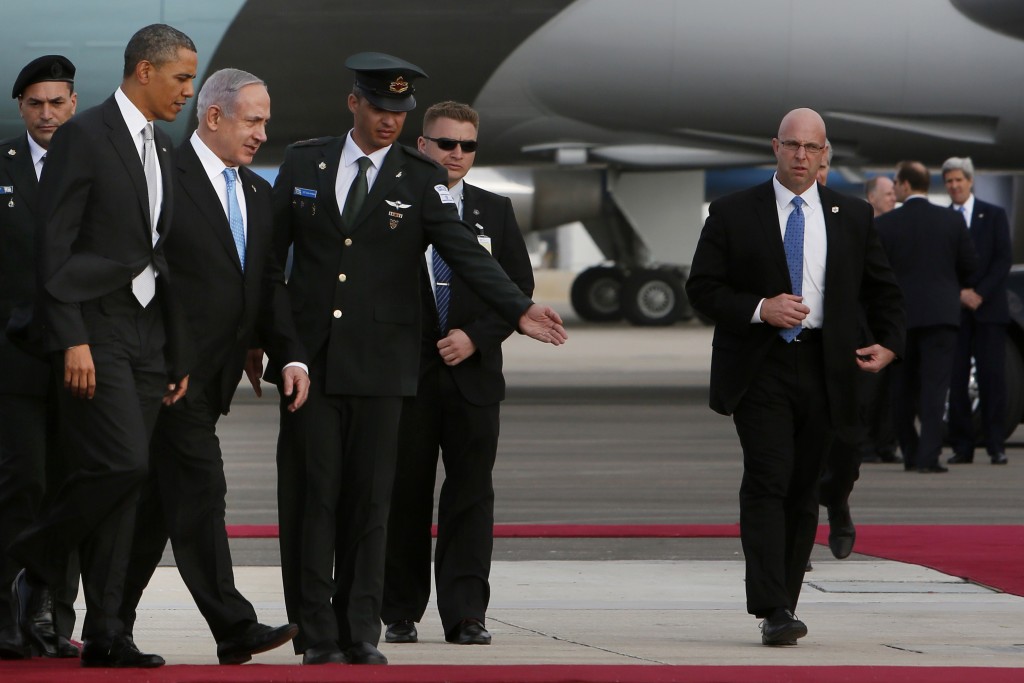 In a lengthy article in the upcoming edition of The Atlantic, journalist Jeffrey Goldberg – often accused by rightwing Israelis of being a mouthpiece for the Barack Obama administration – discusses the president’s legacy in foreign policy, and especially his “disappointment” with the Middle East peace process. A large part of that disappointment, according to Goldberg, is due to what Obama considers Netanyahu’s refusal to budge on Palestinian demands, which the president considers to be key to a final status settlement.

After three years of watching his Arab Spring initiative unravel, said Goldberg, “the president grew disillusioned” with the “brutality and dysfunction [that] overwhelmed the Middle East Some of his deepest disappointments concern Middle Eastern leaders themselves,” wrote Goldberg, but among all leaders, Obama was most “disappointed” with Netanyahu, whom, he wrote, Obama considers to be “is in his own category. Obama has long believed that Netanyahu could bring about a two-state solution that would protect Israel’s status as a Jewish-majority democracy, but is too fearful and politically paralyzed to do so.”

Goldberg recounts a conversation in which “the Israeli prime minister launched into something of a lecture about the dangers of the brutal region in which he lives.” Obama, he said, “felt that Netanyahu was behaving in a condescending fashion, and was also avoiding the subject at hand: peace negotiations.

“Finally, the president interrupted the prime minister: ‘Bibi, you have to understand something,’ he said. ‘I’m the African American son of a single mother, and I live here, in this house. I live in the White House. I managed to get elected president of the United States. You think I don’t understand what you’re talking about, but I do,’” Goldberg wrote.

Although Netanyahu was the “biggest” disappointment, Goldberg wrote that the president was not enamored of most other Middle Eastern leaders either. “Obama saw Recep Tayyip Erdoğan, the president of Turkey, as the sort of moderate Muslim leader who would bridge the divide between East and West — but Obama now considers him a failure and an authoritarian, one who refuses to use his enormous army to bring stability to Syria,” Goldberg wrote. The president also has little sympathy for King Abdullah II of Jordan, as well as the Saudis – with that latter disaffection one of the things that led him to seek détente with Iran, with whom, Obama believes, the Saudis should “share” the Middle East.

In the article, Goldberg also confirmed what many around the world saw as a reluctance by Obama to assert American power. “Over the course of our conversations, I came to see Obama as a president who has grown steadily more fatalistic about the constraints on America’s ability to direct global events, even as he has, late in his presidency, accumulated a set of potentially historic foreign-policy achievements — controversial, provisional achievements, to be sure, but achievements nonetheless: the opening to Cuba, the Paris climate-change accord, the Trans-Pacific Partnership trade agreement, and, of course, the Iran nuclear deal,” Goldberg wrote. “These he accomplished despite his growing sense that larger forces — the riptide of tribal feeling in a world that should have already shed its atavism; the resilience of small men who rule large countries in ways contrary to their own best interests; the persistence of fear as a governing human emotion — frequently conspire against the best of America’s intentions. But he also has come to learn, he told me, that very little is accomplished in international affairs without U.S. leadership.”

“One of the reasons I am so focused on taking action multilaterally where our direct interests are not at stake is that multilateralism regulates hubris,” Goldberg quotes Obama as saying. “He consistently invokes what he understands to be America’s past failures overseas as a means of checking American self-righteousness. ‘We have history,’ he said. ‘We have history in Iran, we have history in Indonesia and Central America. So we have to be mindful of our history when we start talking about intervening, and understand the source of other people’s suspicions.’”