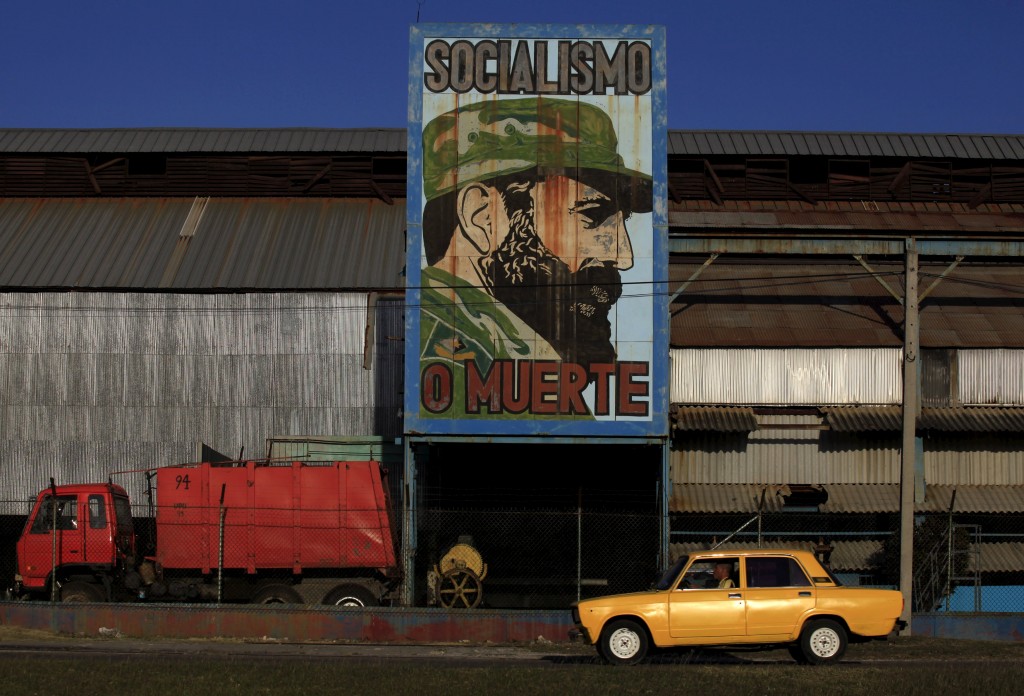 The White House has ruled out an encounter between President Barack Obama and revolutionary leader Fidel Castro in Cuba this month, and is confident the government will not create obstacles to a meeting between Obama and dissidents in Havana, a top adviser said on Wednesday.

Despite the goal of improving ties between former Cold War foes, deputy national security adviser Ben Rhodes said Obama would not use his trip to meet Cuba’s demands that he shutter Marti media, U.S. broadcasters created to transmit anti-communist programming to the island nation.

Obama plans to hold talks with Cuban President Raul Castro during his historic March 20-22 visit but will not meet with Castro’s brother, a legendary figure who took power in a 1959 revolution and led Cuba for 49 years.

“We’ve had no discussion about that meeting taking place, and we certainly wouldn’t seek it,” Rhodes, who was one of the negotiators in secret talks that led to a thaw in U.S.-Cuba relations, told Reuters in an interview.

Asked if a meeting was ruled out, Rhodes said: “Yes.”

A meeting with the elder Castro could overshadow a trip that is meant to focus on the future of the U.S.-Cuba relationship rather than its troubled past. Castro, 89, stepped down from power after a series of health problems and rarely leaves his Havana home, though he occasionally meets visiting dignitaries.

The administration made clear when it set up Obama’s trip that he would meet with anti-government dissidents in Havana despite the Cuban leadership’s objections to what it sees as meddling in the country’s internal affairs.

Rhodes said the list of participants had not been finalized and the meeting would take place in a U.S. facility, which suggests the U.S. embassy or ambassador’s residence.

That meeting would take place after official events with Raul Castro.

Cuban dissidents in the past have reported being detained in their homes or picked up by police en route to major international events such as summits or papal visits, but Rhodes said he did not anticipate that happening for Obama’s trip.

“We haven’t worked out the logistics, but … they have not suggested that they will throw up those types of obstacles,” he said, adding the United States would be watching whether Cuba detained or harassed activists in connection with the visit.

Two of Cuba’s most prominent dissidents, Berta Soler and Jose Daniel Ferrer, were detained on Tuesday, according to dissident groups.

Obama’s Republican critics have accused him of playing down human-rights concerns in order to pursue rapprochement with Cuba, which began in December 2014 and is now seen as a major piece of his foreign policy legacy.

The Cuban government has done little to reciprocate for a series of U.S. measures that eased restrictions on U.S.-Cuba travel and trade. It is unclear whether it will make any large gestures during Obama’s visit, the first by a sitting U.S. president since 1928.

Rhodes countered that the outreach to Cuba was aimed at helping the local population while opening up commercial opportunities for Americans.

The administration plans to roll out further measures next week to chip away at decades-old restrictions to commerce.

Obama also wants to lift the embargo on Cuba, which is only possible through congressional action. Republican leaders in Congress oppose such a move.

Other differences remain. The Obama administration is not considering returning the U.S. naval base at Guantanamo Bay to the Cuban government, and Rhodes said it would not make changes to the Marti media stations at this time.

Both issues are irritants that the Cubans consider obstacles to full normalization with Washington.

“The Cubans don’t like … Marti [media] for sure,” Rhodes said. “There’s only so much you can get to.”

The U.S. government launched Radio Marti in 1983 and later added TV Marti to transmit anti-communist news and information into Cuba, where the government has a monopoly on the media.

A decision on whether to put an end to a U.S. program that encourages Cuban doctors and nurses on overseas assignments to defect was not tied to the trip either, Rhodes said.