Politics FOCUS: Why Super Tuesday Is So Important to Candidates in Both Parties
Politics 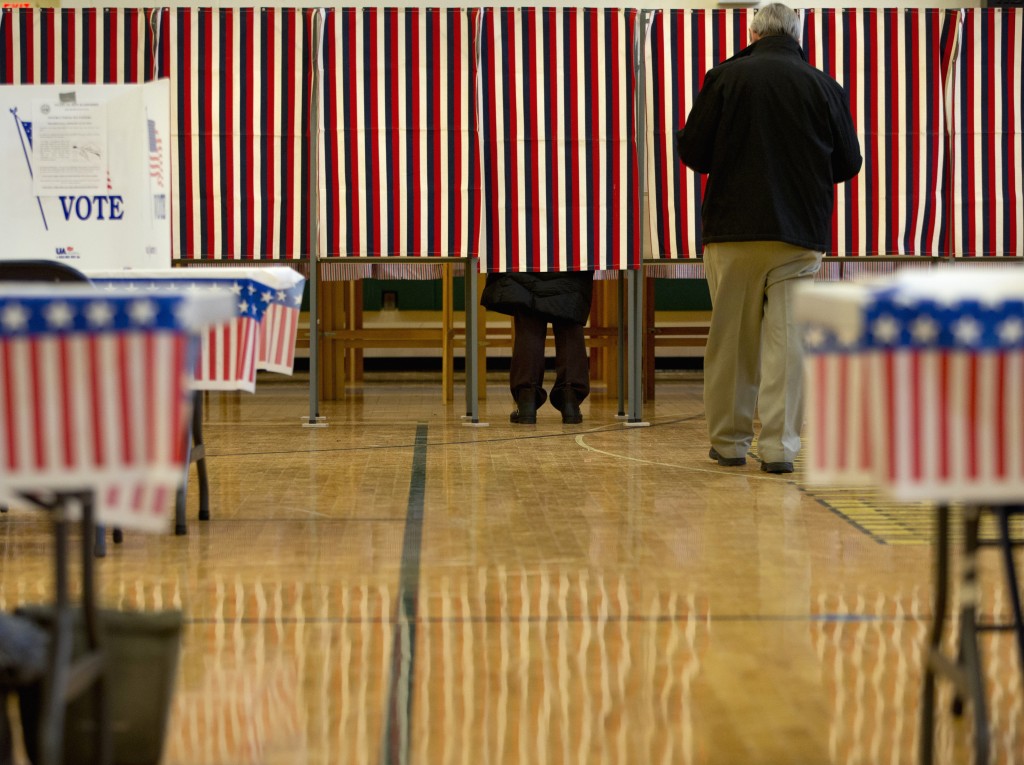 After starting small, the presidential campaign has exploded into a nationwide contest that on Tuesday could all but decide the Democratic and Republican nominating fights. Twelve states from Alaska to Massachusetts will hold caucuses and primaries that day, awarding a big chunk of the delegates needed to secure the two major party nominations.

The balloting marks a fundamental shift away from the close-quarters campaigning in states such as Iowa and New Hampshire.  Until now (in the primaries) even those coming in 2nd or 3rd place have beaten expectations, and now it may even become a reality that one candidate can pull it off big time

From here on out, the race is about cold, hard mathematics and piling up convention delegates.

Democrat Hillary Clinton and Republican Donald Trump, who start out ahead after winning three of four opening contests, seem likely to expand their lead in the delegate count Tuesday, or Super Tuesday as it has come to be known. The question is whether their margins prove insurmountable.

“If Clinton stretches out to a 100-delegate lead, it will be tough … to catch up,” said Josh Putnam, a University of Georgia expert on the nominating process. “On the Republican side, there is a little more leeway. But a lot of chips have to fall in line for anyone to be able to overcome Trump at this point.”

That is not to say the presidential contests will end any time soon.

Sen. Bernie Sanders of Vermont, Clinton’s sole challenger, has signaled his intention to stay in the race through California’s June 7 primary.

Clinton and Sanders are not that far apart in pledged delegates. But Clinton enjoys a massive advantage among “super delegates,” party leaders and other elected officials who can support whomever they choose. To catch up, much less overtake Clinton in delegates, Sanders will have to perform far better than he has in every state save New Hampshire, which he won handily.

That could be difficult. Seven of the states voting Tuesday are in the South, where, unlike New Hampshire, black voters make up a significant part of the Democratic electorate. African Americans have been among Clinton’s most loyal constituents; in her landslide victory Saturday in South Carolina, she won nearly 9 in 10 black votes.

“We got decimated,” Sanders acknowledged Sunday on NBC.

Sanders will also be hampered by the way Democrats award their delegates. Even a candidate who loses a state can win a generous share.

That system undercut Clinton when she ran for president in 2008; she won several big states against then-Sen. Barack Obama but was never able to overcome the delegate lead he built early on.

The rules on the Republican side are different; some of the delegates are awarded on a winner-take-all basis. But the climb is no less steep for rivals trying to push past Trump.

On Sunday, the GOP race descended into a new round of insults. Sen. Ted Cruz of Texas made unsubstantiated claims that Trump may have Mafia ties. Trump disparaged “Little Marco” Rubio as a lightweight. Sen. Rubio, of Florida, called Trump unelectable after he failed to repudiate the endorsement of former Ku Klux Klan leader David Duke.

The candidate with perhaps the most at stake Tuesday is Cruz, the winner of the Iowa caucuses and the only candidate to beat Trump in a presidential contest. He is favored to carry his home state, though he may not get all of its 155 delegates, which are allotted proportionally.

Cruz has focused his campaign on winning the support of evangelical Christians and the most ideologically conservative voters, and Super Tuesday, with its Southern flavor, was supposed to be his breakout moment. The region is the most religious and conservative in the country.

Surprisingly, though, it is Trump who has done best among evangelical voters in carrying New Hampshire, South Carolina and Nevada, and he leads most polls ahead of Tuesday. A poor showing could in effect end Cruz’s campaign.

Trump’s other main rivals, Rubio and Ohio Gov. John Kasich, finished second in South Carolina and New Hampshire, respectively. They have every incentive to hang on until their home states vote March 15 in big winner-take-all primaries.

One or the other could make up considerable ground if he starts winning March 8 in Michigan, in Florida and Ohio the following week and after that in big states such as Wisconsin, New Jersey and California.

But neither Rubio nor Kasich can afford a Super Tuesday shutout. The fifth candidate in the race, retired neurosurgeon Ben Carson, has not come close to winning any contest and that is unlikely to change Tuesday.

In 2012, former Sen. Rick Santorum of Pennsylvania finished a surprising first in Iowa and strongly challenged the front-running Mitt Romney until the former Massachusetts governor and eventual GOP nominee began pulling away on Super Tuesday.

“You need to have the news networks put up your face and declare you a winner somewhere,” said John Brabender, who was Santorum’s chief strategist in 2012 and remains neutral in this year’s race.

It may not make a huge difference in the delegate count, he said, but it’s important to claim some measure of victory.