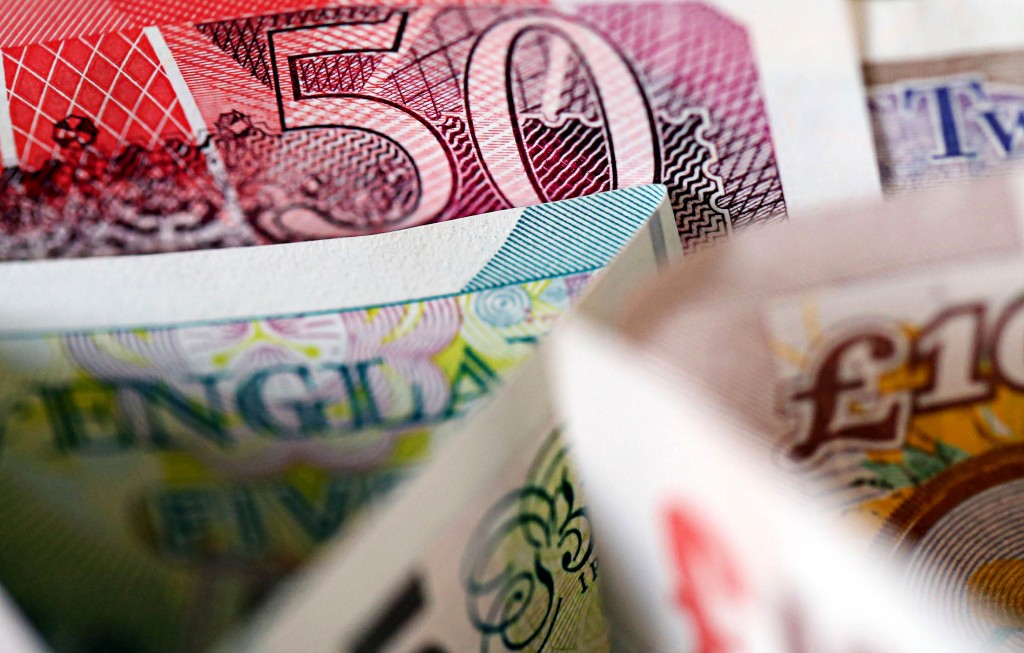 The pound dropped to the lowest level since 2009 as Bank of England policymakers said that uncertainty over Britain’s future membership of the European Union is weighing on the currency.

Sterling has tumbled since London Mayor Boris Johnson, one of the nation’s most popular politicians, said on Sunday he’ll campaign for the U.K. to leave the EU in a June referendum. Sterling’s 1.8 percent plunge was the biggest since it tumbled the same amount on the day of an inconclusive general election on May 6, 2010.

BOE officials including Governor Mark Carney said Tuesday that the weaker pound could offset the U.K.’s other economic frailties and help boost inflation. The policy chief added that the central bank wasn’t making any judgment on the outcome of the EU vote, which could lead to the nation exiting the political and economic bloc — a so-called “Brexit.”

“‘Brexit’ is certainly weighing on the pound,” said Daniel Brehon, a foreign-exchange strategist at Deutsche Bank in London. “But structural concerns such as the current-account deficit were already a problem beforehand. Long-term the depreciation may help boost inflation but pass-through has been underwhelming so far.”

Deutsche Bank is bearish on the pound and forecasts a drop to $1.28 by year-end, Brehon said.

The prospect of Britain leaving the world’s largest single market is adding to the losses caused by traders pushing back bets on the timing of a BOE interest-rate increase. Together, these factors have helped push the pound lower against all of its Group-of-10 peers this year.

It’s “increasingly clear” that the moves in the pound and in options insuring against a future drop in sterling “have spiked to levels” similar to those seen in the Scottish referendum campaign of 2014, Carney told U.K. lawmakers.

The pound “has under-performed ahead of U.K. political events in the past,” Commonwealth Bank of Australia strategists, including London-based Peter Dragicevich, wrote in a note. “The upcoming referendum will be no different.”