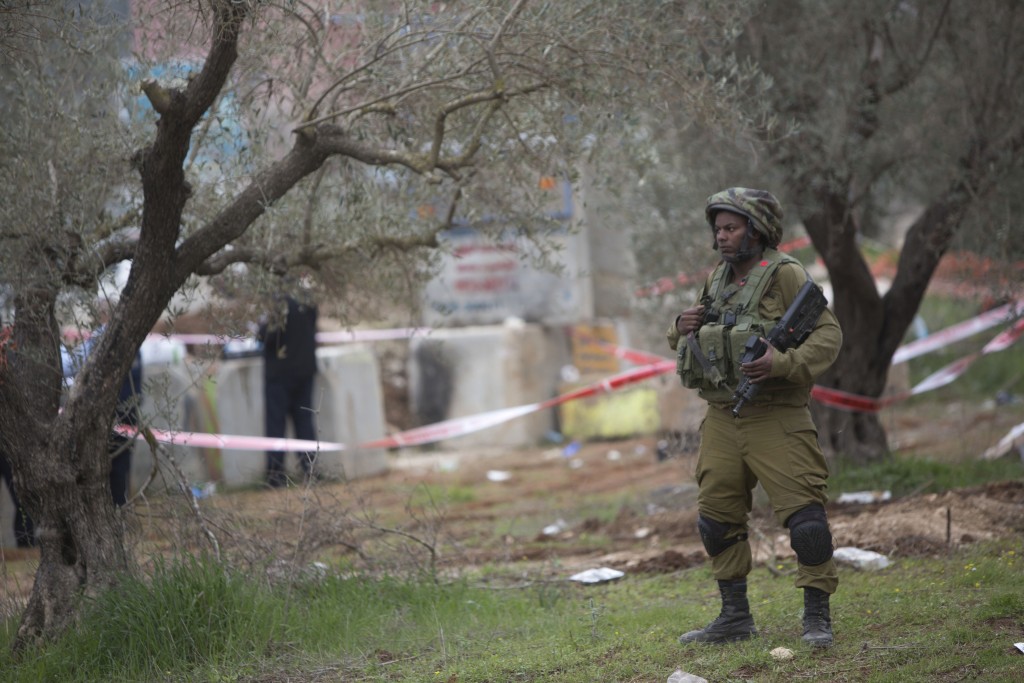 IDF soldiers on Sunday afternoon eliminated an Arab terrorist who tried to stab soldiers near the Hawara checkpoint, outside Shechem. The stabber rushed at soldiers and attempted to stab them. Soldiers opened fire and killed the terrorist. There were no injuries to Israelis in the incident.

Earlier Sunday, a 14-year-old terrorist brandishing a knife attempted to attack soldiers near Chevron. Soldiers were able to subdue the terrorist, preventing the attack. There were no injuries to Israeli soldiers. The terrorist was taken in for questioning.

The incident near Shechem was the third terror stabbing attempt Sunday that was prevented by quick-thinking soldiers who intervened to prevent an attack. On Sunday morning, security forces thwarted a terror stabbing attack at the Tapuach Junction. Soldiers stationed at the lift station (trempiyada) at the junction observed an Arab female attempting to approach the area where Jews were waiting for rides. They inspected her belongings and discovered a large knife. The Arab was arrested and taken in for questioning.