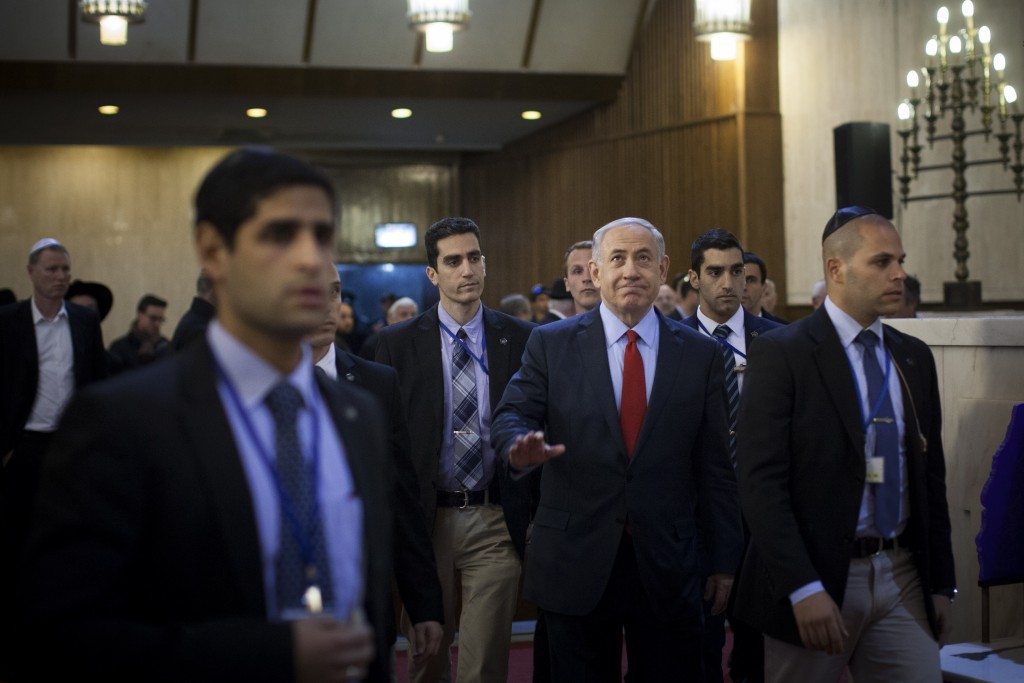 The terrorists planned to place a bomb under the podium at a speech Netanyahu was to give to at the Arena stadium in Yerushalayim. Alternatively, they planned to kill Netanyahu during an appearance at the Great Synagogue in the city. Indicted in the plot were Hazam Sandoka, 22, and Fahdi Abu Ki’an, 19, both of the Abu Dis neighborhood of Yerushalayim. They were charged with conspiracy to commit murder, terrorism, contact with foreign agents, and various other charges. Other individuals are set to be charged as well, officials said.

According to the indictment, one member of the gang, who worked in a security firm, offered to place a bomb under the podium at the Arena Stadium. Following the instructions of a Gaza Hamas terrorist, Ahmad Gamal Musa Azzam, they gathered materials to construct the bomb. Azzam provided Sandoka with thousands of shekels to buy the materials and set up the plot.

Sandoka acquired the materials and stored them in a secret hideaway in Abu Dis. At the same time, they expanded their activities by recruiting acquaintances for terror activities. They also toured various targets for attacks, including the Jaffa Port.

The gang’s activities were revealed two weeks ago. Twenty five individuals associated with the terrorists, many of them students at Abu Dis University, were arrested. Many of them admitted to their role in the plot and pointed to Azzam, a 24-year-old resident of Kalkilya, as the mastermind of the plot.