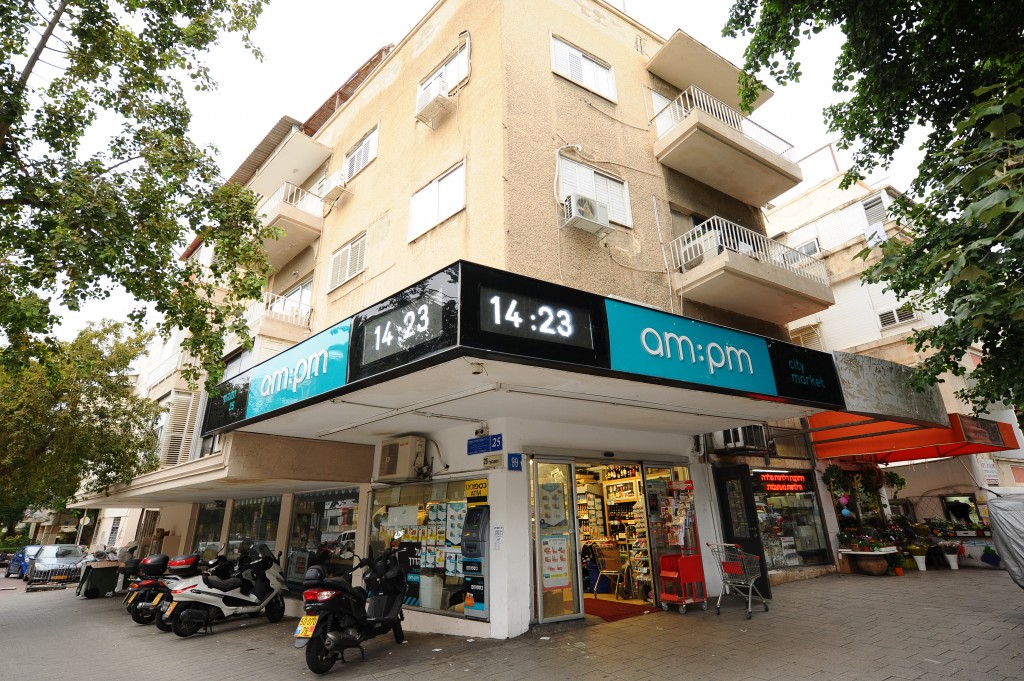 Moti Ben-Moshe, the new owner of the Alon Blue Square supermarket, is considering closing the AM:PM chain on Shabbos. The chain has become a symbol of Shabbos desecration and commerce on the holy day, even among secular Israelis. Ben-Moshe, when asked by Globes on the prospects of closing the chain on Shabbos, said through a spokesperson that he would not comment on the closing, “or any other operative manner.”

Ben-Moshe, who is observant himself, purchased the rest of the Blue Square group, the former owner of the Mega supermarket chain, which has since been spun off and is in receivership. The majority owner of the rest of the chain, David Weissman, has been seeking to sell off the rest of the assets for some time. Ben-Moshe’s bid to purchase the chain for NIS 950 million was approved by bondholders last Monday, after a competing group, the Gindi Brothers, decided not to attempt to outbid Ben-Moshe.

News of the sale, and the potential closure of AM:PM on Shabbos, has hit the secular community in Tel Aviv hard, at least according to a report on Channel One, which quoted numerous secular residents as decrying the “religious coercion” involved in closing the stores on Shabbos, denying them “the opportunity to shop” on Shabbos, chalilah. AM:PM stores that are opened on Shabbos are often fined by Economy Ministry workers for operating on Shabbos without a license, and violating national and municipal laws on days off for workers.

According to analysts in business daily Calcalist, 25 percent of AM:PM’s sales at its 44 branches (mostly in the Tel Aviv area) come from sales on Shabbos, but even so, sales have been down significantly in recent years. The analysts attributed the dropping sales at AM:PM to the unofficial movement by chareidi and observant Israelis to avoid shopping at the chain, something that eventually drove Mega, which had been owned by Alon Blue Square, to bankruptcy.

They added that given the fines and the fact that large numbers of people do not shop at AM:PM because of its Shabbos activities, along with his personal convictions, Ben-Moshe is likely to decide that closing the chain on Shabbos makes business sense – something, they added, that Weissman was apparently unable to admit, despite the fact that his markets continued to see falling sales over the years.