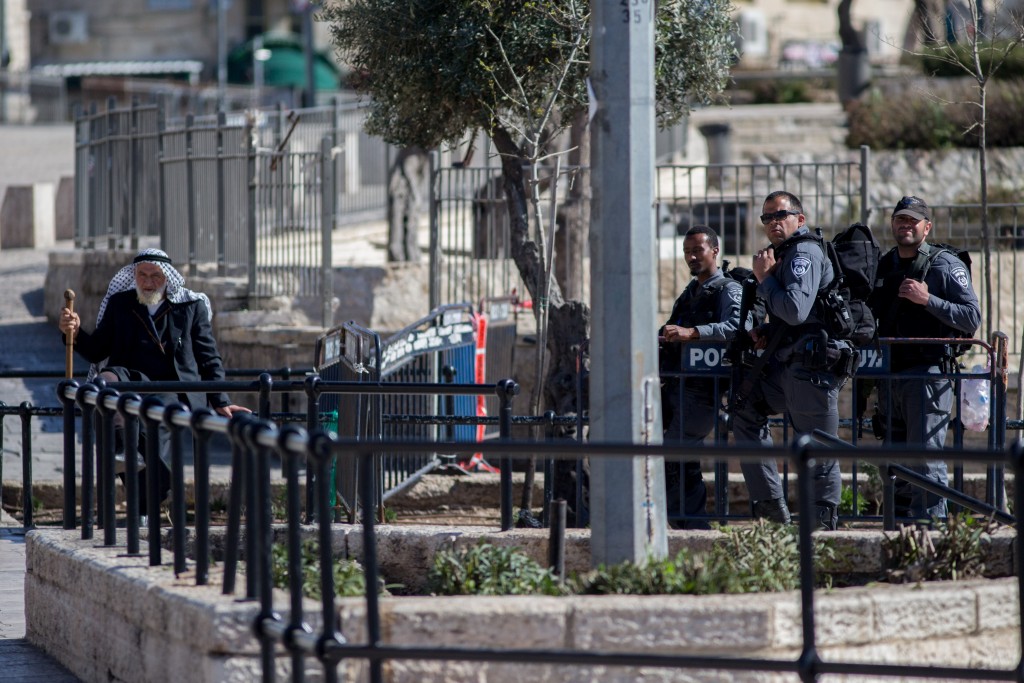 Two Israeli Border Guards were stabbed and injured Friday morning in a terror attack near the Damascus Gate in Yerushalayim, police said. Border Police on patrol opened fire and neutralized the terrorist stabber. He died several minutes later of his wounds. One Arab bystander was also injured in the incident from shots fired by Border Police.

Rescue workers administered first aid on site to the victims, who were lightly to moderately injured. They were taken later to a local hospital.

Overnight Thursday, security officials said they had arrested 5 wanted security suspects in Yehudah and Shomron. The suspects were wanted for participating in rioting and throwing stones and firebombs that endangered Israeli civilians and IDF soldiers. Several of the suspects were also charged with belonging to Hamas. All were being questioned on their activities by security forces.

As the stabbing took place, the levayah for Tuvia Yanai Weissman, Hy”d, who was killed Thursday in the stabbing attack at the Rami Levy supermarket in Sha’ar Binyamin, was taking place across town at the Mount Herzl Military Cemetery. Weissman, 22, a resident of Ma’aleh Michmash, was shopping with hie wife and daughter in the Rami Levy supermarket when he was killed.

Also injured in the attack was 31-year-old Avi Avital of Tel Zion. Speaking to Channel Ten Friday morning, Avital said that he was alive “only because of a nes. I felt something in my neck, but I never imagined that it would be a knife,” he said. “I turned around and saw an Arab, and then I felt four stabs in my back, perpetrated by the first stabber’s friend. I felt my strength waning, and I started running and screaming, until I fainted near the cash registers.”

Apparently, he said, the stabbers just missed a major artery in his neck, where he sustained the most serious stab wound. “At the hospital, they told me that I had my life back, and it was a gift from Shamayim,” Avital said.