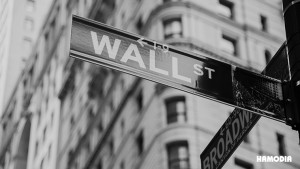 Stocks are climbing Tuesday and building on their gains from late last week. Strong quarterly reports are boosting companies including Hormel Foods and Restaurant Brands International, and retailers are also rising. Home security company ADT is surging after it agreed to be bought by an investment company.

GOOD EATS: Hormel Foods, , posted a stronger-than-expected quarterly profit and raised its forecast for the year. The stock climbed 3.11, or 7.5 percent, to $44.61. It’s up 60 percent over the last year.

CHOW DOWN: Restaurant Brands, the parent company of Burger King and Tim Hortons, jumped $1.27, or 4 percent, to $33.28 after the company said an important sales measurement rose at both of its chains in the fourth quarter.

HOSPITALS TAKE ILL: Hospital stocks tumbled after Community Health Systems said admissions decreased in the fourth quarter. That’s partly because it had more patients last year with respiratory illnesses and the flu. The company took a loss as it absorbed impairment charges and set aside more money to cover unpaid bills.

EARNINGS PAIN: Three-fourths of the companies listed on the S&P 500 have reported their quarterly results, and earnings are expected to fall almost 5 percent compared with a year ago, according to S&P Capital IQ.

The biggest reason by far is the lower price of oil and other fuels: profits for energy companies are expected to drop 75 percent. Analysts also expect a 5-percent slump in the first quarter and another decline in the second quarter.

In the third quarter, S&P 500 company earnings fell for the first time since 2009.

GROUPON ROCKETS: Daily deals site Groupon gained $1.13, or 38.9 percent, to $4.01 after Chinese e-commerce site Alibaba disclosed it had taken a 5.6-percent stake in the company. Groupon stock jumped 29 percent Friday after the company reported its fourth-quarter results, but the stock is still in a big slump over the last year.

CHINA CURRENCY: The yuan was near its highest level in 2016 after China’s central bank guided the currency higher. That’s a positive sign for the economy. Weakness in the yuan this year has caused investors to worry that the Chinese economy is in worse shape than they had thought.

OIL TALK: The price of U.S. oil retreated after a big gain Friday. Several times in recent days, oil prices have risen because investors hoped that major oil-producing countries would reach a deal that would reduce production, which would shore up the price of oil.

Russia and Saudi Arabia said Tuesday they had reached a deal to freeze their oil output;that deal won’t take effect unless other OPEC nations also agree to it. Analysts say Iran probably signed on because it wants to increase production following its period of sanctions. Benchmark U.S. crude lost 66 cents, or 2.2 percent, to $28.78 a barrel in New York. It jumped 12 percent Friday, its biggest gain in years.

Brent crude, a benchmark for international oils, gave up $1.44, or 4.3 percent, to $31.95 a barrel in London. The price of Brent was little changed on Monday.