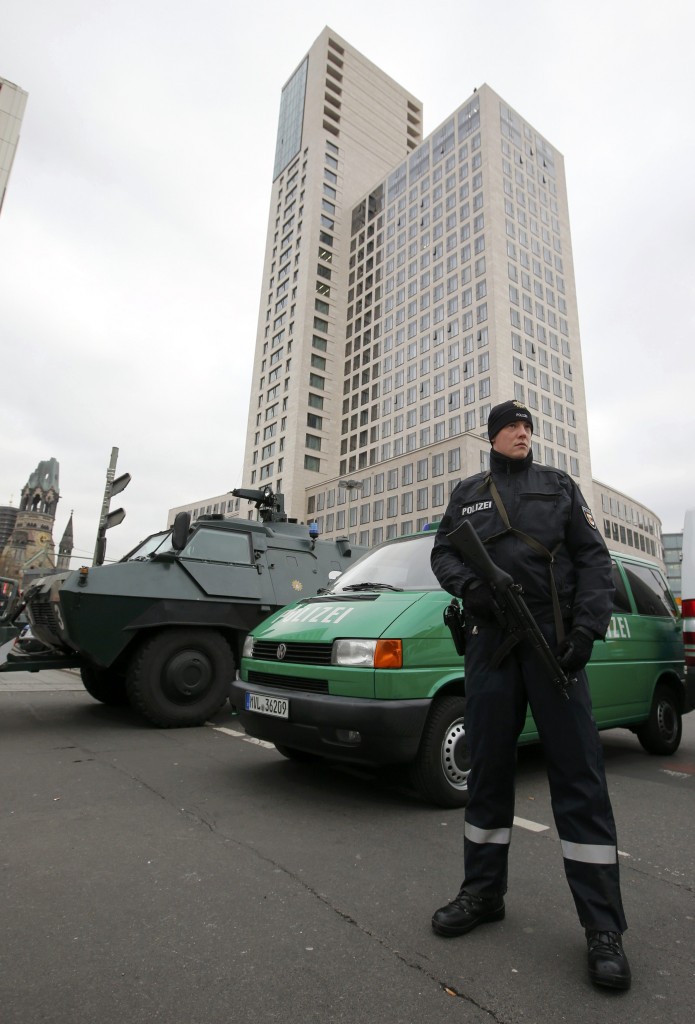 Even though Iran has agreed to a landmark deal curbing its nuclear activities, relations can only fully normalize when it recognizes the existence of Israel, German Chancellor Angela Merkel said Tuesday.

Speaking next to Prime Minister Binyamin Netanyahu, Merkel told reporters after a meeting of the two countries’ Cabinets that she’s “made very clear” that “there cannot be a normal, friendly relationship with Iran so long as the existence of Israel is not recognized.”

Ahead of the sixth such meeting — normally held annually but postponed last year after violence in Israel kept Netanyahu at home — Germany’s foreign minister said the situation in the Palestinian territories isn’t sustainable in the long term. In an op-ed for Bild newspaper, Frank-Walter Steinmeier condemned the near-daily street attacks by Palestinians that have killed 27 Israelis as “despicable terror.” He stressed Germany’s view that only serious negotiations aimed at a fair, two-state solution can offer hope of peace for Israel and the Palestinians.

Germany has been critical of Netanyahu’s continued pursuit of building in Yehudah and Shomron, but Merkel sidestepped a question on that, reiterating only that Berlin sought a two-state solution.

Netanyahu was complimentary of Merkel, thanking her for her leadership and emphasizing the values that Germany and Israel shared.

Some 6 million Jews, Hy”d, were killed by Nazi Germany, and the fact that Israel and Germany are close allies some 70 years later “gives hope to all of mankind,” Netanyahu said.”It’s an example of how, despite the unparalleled horrors of the past, our two peoples have forged a unique and constructive friendship.” he said. “And I believe that this offers hope for the entire world.”