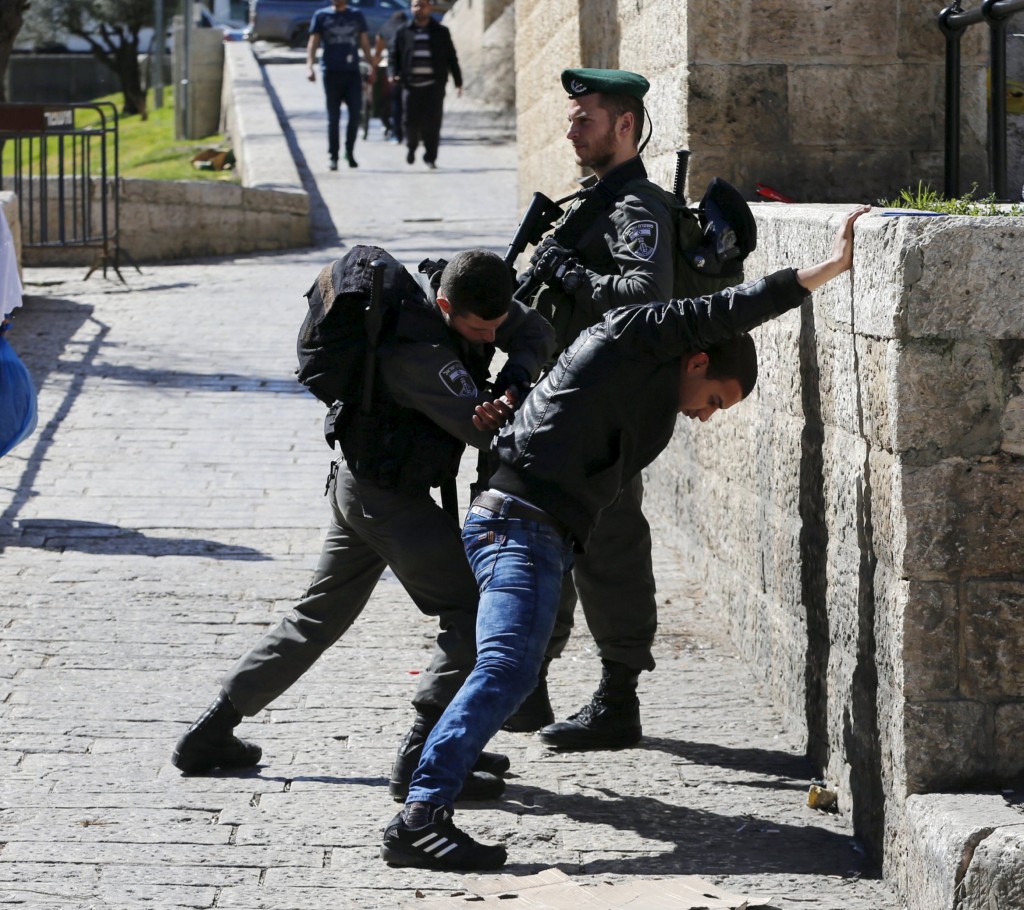 An Arab terrorist who was planning to carry out a stabbing attack near the Damascus Gate in Yerushalayim was arrested Tuesday morning. Police asked the suspect to stop for a search, and found a large knife in his possession. The terrorist, a 28-year-old illegal Arab worker from enin, was taken in for questioning.

In a statement, police said that the “awareness and quick action of the officers had prevented yet another terror stabbing attack. We will continue to remain on guard for such incidents.”

Police thwarted a stabbing attack at Damascus Gate on Monday as well. Police arrested a 15-year-old Arab girl, whom they said raised the officers’ suspicions. When they approached her, she took a knife out of her bag in an attempt to stab them, police said. She was subdued and arrested.

Overnight Monday, security officials said they had arrested 13 wanted security suspects in Yehudah and Shomron. The suspects were wanted for participating in rioting and throwing stones and firebombs that endangered Israeli civilians and IDF soldiers. Several of the suspects were also charged with belonging to Hamas. All were being questioned on their activities by security forces.