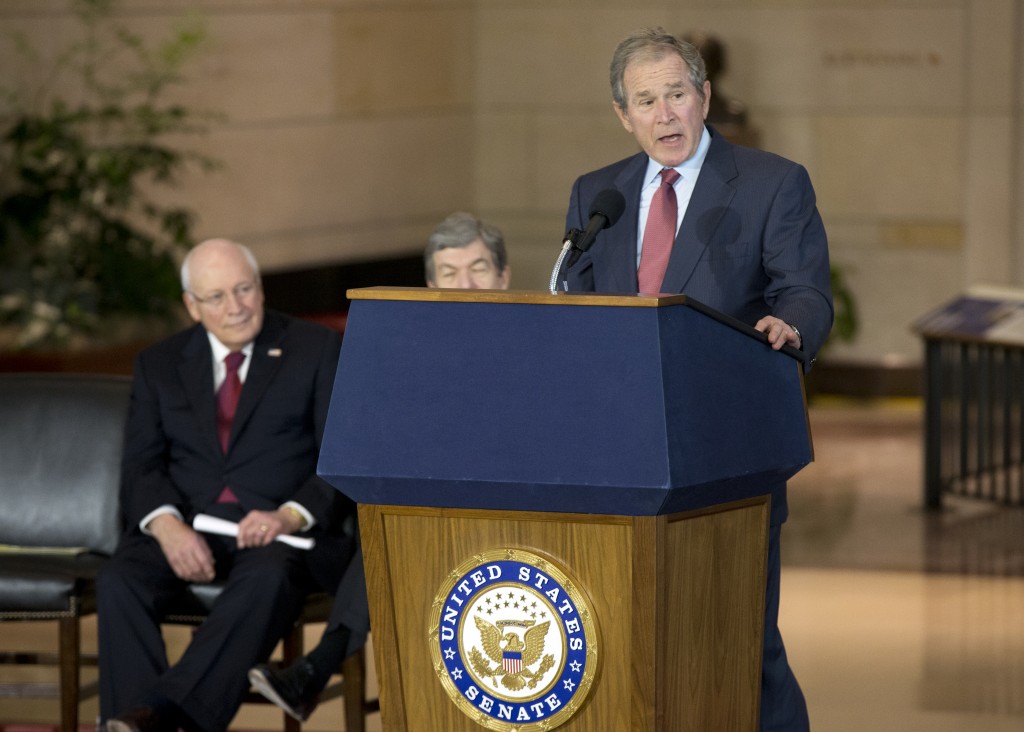 Former President George W. Bush will make his highly anticipated debut on the 2016 campaign trail during a Monday evening appearance in South Carolina, but don’t expect him to start taking shots at Republican front-runner Donald Trump.

“That’s not his job,” Jeb Bush, the Republican presidential candidate and former president’s younger brother, said Monday on Fox News. “He doesn’t have to get into the slop with Donald Trump.”

George W. Bush and his wife, former First Lady Laura Bush, will join Jeb Bush for a President’s Day campaign rally at the North Charleston Convention Center. The event is aimed at lifting the campaign of the would-be third Bush president, who, according to a CBS News/YouGov poll released Sunday, now sits in fifth place in South Carolina with just 6 percent support among registered Republicans. George H.W. Bush, father of Jeb and George W., was president from 1989 to 1992.

The leader in that survey was Trump, who attacked his party’s most recent president during Saturday’s Republican debate, accusing Bush of lying in order to justify the 2003 invasion of Iraq.

Trump has refused to back down from his attacks on the Bush family, posting Monday on Twitter that Jeb Bush needed his “mommy and now brother” to save his campaign. Bush’s mother, former First Lady Barbara Bush, campaigned for her son in New Hampshire last week.

“Now that George Bush is campaigning for Jeb(!), is he fair game for questions about the World Trade Center, Iraq War and eco collapse? Careful!” Trump wrote on Twitter.

Bush said earlier on Fox that his brother is “going to be there to support me.”

“He wants to re-litigate the past,” Bush said about Trump. “I’m about the future.”