ANALYSIS: The Strange Behavior of the Shin Bet 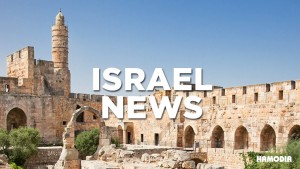 The Shin Bet (Israel Security Agency) is generally a fine organization. Of course, like any organization, there are exceptions, and things are done that are hard to explain. Nevertheless, it has an honorable entity, more so than most governmental bodies in Israel.

For this very reason, it is fair to ask of its heads: What led to this folly, to announce in the middle of this terrible wave of terror that has gone on for five months now, a summary of incidents which aims at giving the impression that the wave is coming to an end? It is, to be polite, strange, and to put it less politely, deceitful.

Is the Shin Bet trying, prodded by orders from on high, to calm the public by trying to tell Israel citizens that the terrorism is not a serious problem?

On Monday, the organization released figures that claim that from the onset of the current wave of terror, only 228 attacks occurred, as opposed to the real figure, which is close to 1,600 incidents, and some say more. (Frankly, 228 is 228 too many.)

Rock throwing, firebombing, rioting and bomb throwing, where no one was injured, were not included in the Shin Bet’s summary. Only what was referred to as “significant incidents.” In order to confirm this, one has only to follow the little asterisks and read the annotations under the Shin Bet’s multi-colored graphs. There, it is admitted that only “significant incidents” have been counted.

In other words, the Israeli Security Agency is manipulating the facts to make things look better than they are.

More disturbing, the Shin Bet contradicts itself. In a report released in early January, which summarized October to December, over 600 incidents were recorded. How, then, did we suddenly drop to 228?

It is no wonder that media outlets rushed to accept the new figures and to use them to as proof that the residents of Yehuda and Shomron exaggerate the extent of Palestinian violence.

In any case, it is possible to learn from this report that, statistically, half of the terrorists are under the age of 20. Ten percent are minors. Eighty-nine percent are male, and only 11 percent women.

Eighty percent of the attackers were Palestinian residents of Yehuda and Shomron; 40 percent came from Chevron; 25 percent from Ramallah and the surrounding area.

What can one conclude from the Shin Bet report? Nothing. The citizens of Israel deserve a more serious analysis of the scope of the incidents and a truer picture of what is happening on the ground, without playing games with the numbers and with little asterisks, an approach suited for those who seek to hide something.