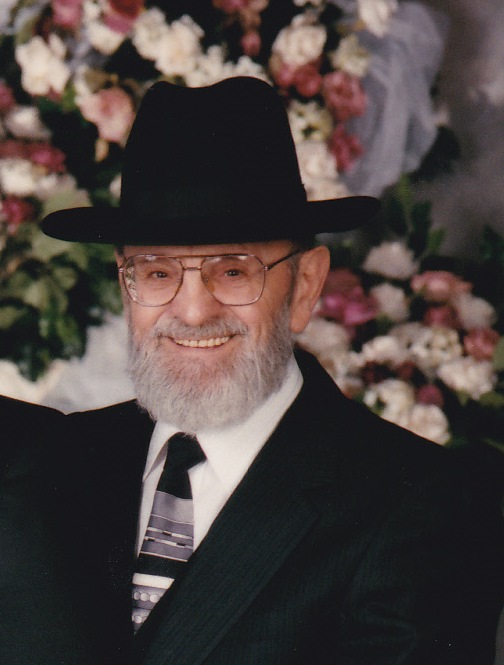 Rabbi Yerachmiel Donn, one of the last remnants of the sprawling prewar Novardoker network of yeshivos, who lost his entire family in the Holocaust but never his faith, was niftar on Friday afternoon. He was 93.
He was also my deeply beloved grandfather, a man with a passion for life, a mischievous sense of humor, an unyielding feeling for what is right, and an iron disposition that led him through life.
To my grandfather, Novardok was his life. His life had been saved many times over by the mashgiach in Bialystok, Harav Yisroel Movshovitz, zt”l, and although he was an ardent Litvak, he was attached to the mashgiach like a Chassid to a Rebbe.
My grandfather survived the horrors of the war with a series of miracles which he would repeat dozens of times, at simchos, Yom Tovim and at street-side meetings with an einikel (details of which will appear in the weekly edition).
He loved learning, spending five, six, seven hours at a time absorbed in his Gemara. A shochet up until his retirement 20 years ago, my grandfather was never seen idling, my uncle Zorach said at the levayah.
The saga of my grandfather’s life ended on a warm Sunday evening in Yerushalayim, where he was laid to rest on Har Hazeisim on a plot he purchased some four decades ago. It began in Ostrova Mazowieck, a small-sized city in Poland about 60 miles from Warsaw whose Rabbanim included Harav Meir Shapiro, zt”l.
He was born shortly after Sukkos in 1922 to Reb Dovid Yonah and Fradil Domb (Donn came later).
After the war, my grandfather immigrated to the United States and married, yblc”t, my grandmother, Pearl Munczik. Through 65 years of marriage they built a home of Torah, avodah and gemilus chassadim. My father, Rabbi Chaim Donn, said at the levayah that he estimated that every single one of my grandfather’s children, grandchildren and great-grandchildren were “going on his derech.”
Devoted to the Novardoker derech, my grandfather first moved to Boro Park where Harav Avraham Yaffen, zt”l, had rebuilt the Beis Yosef Yeshivah. At Rav Yaffen’s invitation, he became a ben bayis by the Rosh Yeshivah. Following his marriage in 1951 he moved to East New York, later moving to East Flatbush before returning to Boro Park, where he lived for 49 years atop Felder’s shul on 18th Ave. and 49th St.
My grandfather would leave the house in the morning for his learning sedarim and not return until later in the day. He could be seen learning himself for hours at a time in the Lakewood Minyan, Emunas Yisroel, Spinke, Yagdil Torah or downstairs at Felder’s. By the time of his petirah, he had finished Shas three or four times b’iyun rav.
He was niftar on Friday in Maimonides Medical Center. The levayah took place on Motzoei Shabbos in Shomrei Hachomos. Maspidim were his two sons, Reb Chaim and Reb Zorach, as well as a grandson, Rabbi Yehoshua Eisenberg. Kevurah was on Har Hazeisim.
He is survived by his esteemed wife, Mrs. Pearl Donn, and three children, Reb Chaim, Mrs. Malkie Koenig and Reb Zorach. The two sons are observing shivah at 1436 42nd St. until Sunday morning. His wife and daughter are sitting at 619 Ave. H.
Yehi zichro baruch.