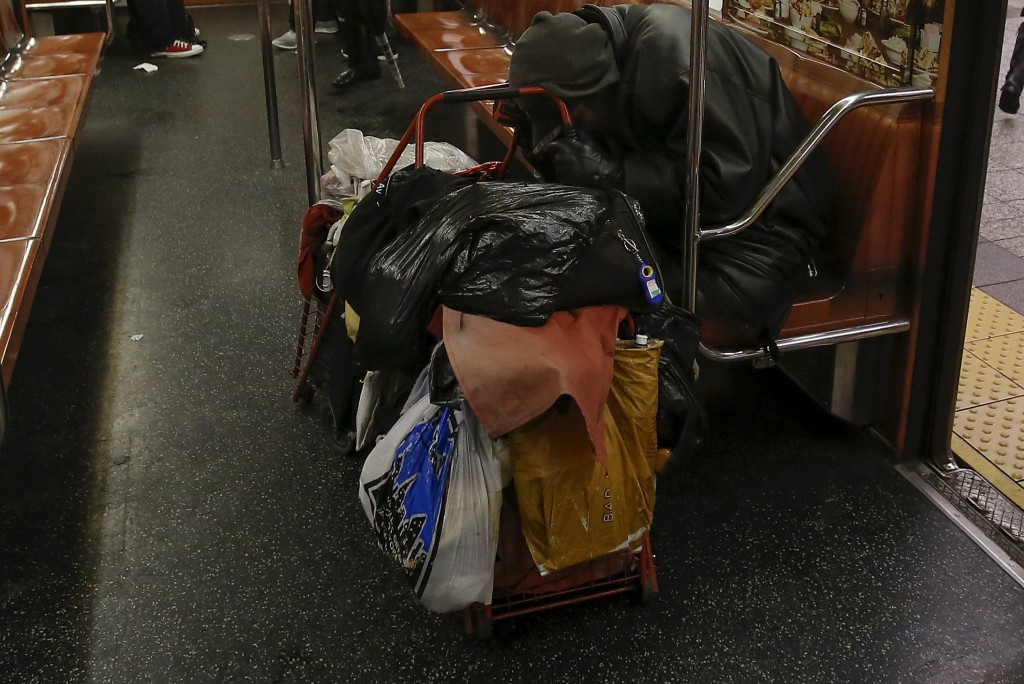 Thousands of volunteers will fan out across New York City for the city’s annual one-night count of homeless people living on the streets.

The canvass on Monday night, known as the HOPE Count, is getting extra attention this year as the nation’s largest city grapples with an uptick in homelessness that has dominated front pages and consumed Mayor Bill de Blasio’s City Hall.

City officials have lined up more than 3,500 volunteers who will receive a couple of hours training before being dispatched to the city’s streets and subway stations. A year ago, volunteers counted 3,182 people living unsheltered.

Many city officials have publicly said they believe the number is higher now. Another 58,000 people are currently living in the city’s homeless shelters.

Now entering its 12th year, the HOPE count is a nationwide estimate that cities must do to qualify for certain types of U.S. Department of Housing and Urban Development funding. In New York, it’s usually done on the last Monday of January, during the height of winter when those living on the street are most vulnerable. This year’s count was postponed two weeks due to a blizzard.

Some advocacy groups, including the Coalition for the Homeless, have questioned the count’s methodology, saying many homeless people are missed during the two-hour count. But city officials said the sampling method has been approved by HUD and is used across the nation.

“It provides a snapshot of a point in time and helps us adjust our resources accordingly,” said Kristin Misner, top aide to the deputy mayor in charge of human services. “The methodology we have in place makes this a very informative and robust count.”

The count comes two months after de Blasio launched HomeStat, a new outreach program that aims to conduct daily canvasses of every block in a seven-mile stretch of Manhattan. The outreach workers are tasked with establishing contact with the homeless and urging them to get off the street — but many refuse, citing the poor conditions of the city shelter system.

De Blasio has vowed to improve the city’s shelters. Gov. Andrew Cuomo, who issued an executive order that requires the homeless to be moved off the street if the temperature drops below zero, recently appointed Comptroller Scott Stringer to inspect the city’s shelters while threatening to close those in shoddy shape.

De Blasio himself, accompanied by HUD Secretary Julian Castro, will take part in a portion of Monday night’s count.