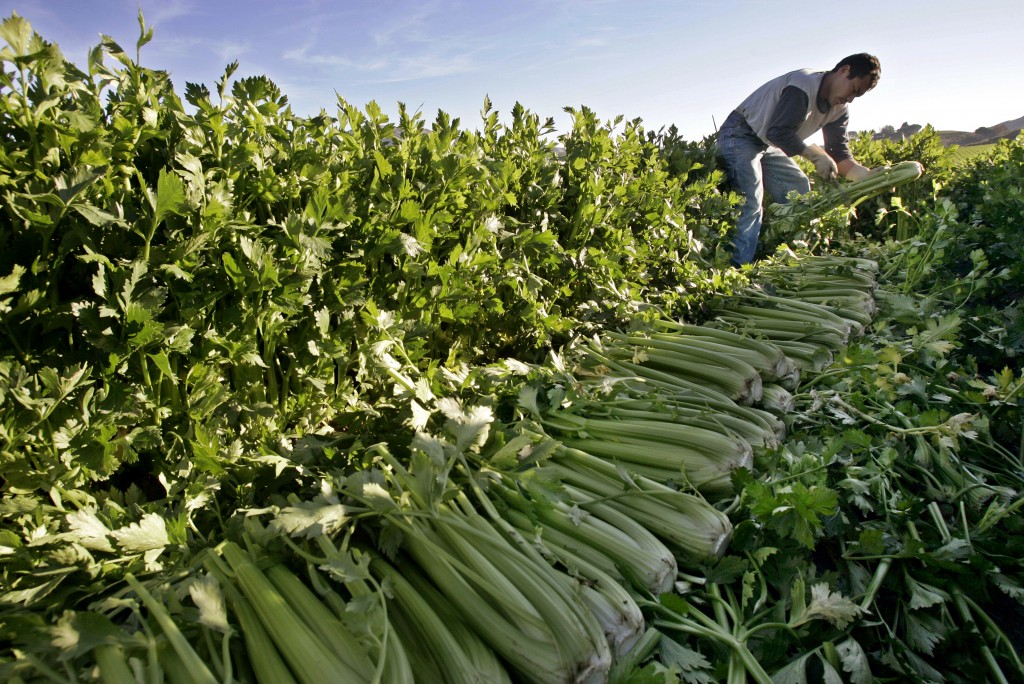 It’s been a wild season in the winter produce market dominated by California growers, who are responsible for upwards of 90 percent of the country’s supply of many winter vegetables.

Drought followed by the rains of El Nino, and heat followed by cold snaps, created a cauliflower price boom that now has turned to a bust, and a celery inflation that lingered just long enough, growers and industry experts say.

Carrots, broccoli, lettuce, green onions and even strawberries have suffered from price swings as well.

“All those major commodities were affected because they can’t withstand extreme weather,” Blanton said. Then, when growers moved to desert regions, a cold snap hit there, she said.

Many crops were delayed for as much as five weeks and yields dropped, leaving a supply gap.

Cauliflower, the darling of the low-carb set, garnered headlines as panicked dieters complained of shortages and high prices.

Wholesale cases of cauliflower rose to an unheard-of $50 in the late fall. In Canada, that and a sagging exchange rate driven by plummeting oil prices pushed consumer prices toward $10 a head.

Lately, though, the whole box of cauliflower goes for about $9, said Brian Antle, vice president of harvest for Tanimura & Antle. “I was right in the middle of the cauliflower shortage since late fall and pulling my hair out to satisfy demand, but that story is old news now,” Antle said.

“It’s at the bottom,” said John Scherpinski, director of sales for D’Arrigo Brothers, the biggest row-crop grower west of the Mississippi. D’Arrigo couldn’t capitalize on the cauliflower boom because it sells largely by contracts signed before the market ran wild.

D’Arrigo is not into celery, the poster child for this winter’s vegetable-market fluctuations. But Duda Farm Fresh Foods, the king of celery sticks, grows it in California and three others states: Florida, Arizona and Michigan.

“Basically, the celery came on too fast,” in early growing areas, said Uchida, western regional manager for Duda. Then, just like the cauliflower, growth slowed as cold weather hit.

The crop is still lagging by two weeks, though the shortage is largely over and prices are starting to fall, Uchida said.

Once selling at $38 a box to wholesale buyers, celery hovers around $18 to $22 “and it’s still headed down,” he said. Retail prices peaked at $1.81 a pound three weeks ago, before settling to $1.72 two weeks ago, more than double last year’s prices, according to the U.S. Department of Agriculture.

Jumbo carrots have suffered low yields, driving up prices as well, according to Produce Alliance.

Prices for the more common veggie plate variation, the milled and shaped “baby” carrots, are back at peaks hit in November, when demand for many of these ingredients usually rises, according to USDA data.

Prices for broccoli, another veggie-plate occupant, have come down substantially from near $3 a bunch in the second week of December, according to the USDA.

“It’s leveling out right now,” Blanton said of produce prices across the board. “The desert has seen warmer days for a couple of weeks. That’s why produce is getting better. Broccoli, cauliflower, we gave it more time to stay in the ground and mature.”

Duda stayed away from the cauliflower fad and stuck with celery in all forms, supplying soup makers and supermarkets alike. Its sticks are sold to all the major restaurant chains — Uchida wouldn’t reveal which ones, but if you’re ordering Buffalo wings just about anywhere, chances are you’ll get a side dish of Duda’s sticks.