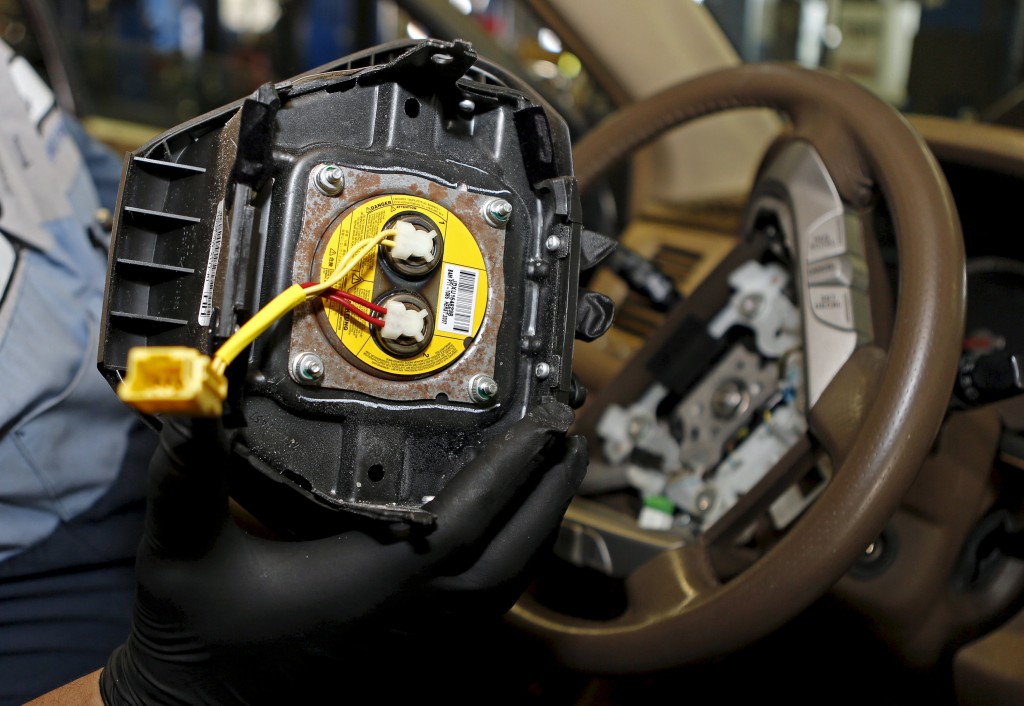 It recalled another 269,000 similar models in Canada on Monday for the same issue.

Takata Corp. told U.S. safety regulators two weeks ago that about 3.9 million PSDI-5 inflators sold to several different vehicle manufacturers could rupture and kill, or cause serious injury to vehicle occupants. Honda’s latest recall is included in that count.

The company said on Wednesday no PSDI-5 ruptures had been reported in its vehicles.

The Japanese automaker also said it was recalling 341,000 Accords due to a separate issue affecting the electronic control unit used in supplemental restraint systems in 2008-2010 models, which could result in air bags failing to deploy.

In addition, Honda’s U.S. unit confirmed it had instructed U.S. dealers to stop selling some of its new model Civics equipped with 2.0 liter base engines. The Accord and Civic are Honda’s best-selling models in the United States, placed at fifth and sixth, respectively, in sales in 2015.

Honda declined to comment on U.S. media reports that the order and a related recall notice were issued for around 34,000 new Civics, which have been selling briskly since U.S. sales began in November, due to a manufacturing issue which may cause engine damage or failure.

Honda said the PSDI-5 inflators will be replaced, beginning this summer, with parts from another supplier. Its latest action indicates the continuing Takata recalls may not be over.

Asked about a broader recall, U.S. Transportation Secretary Anthony Foxx told reporters on Tuesday that NHTSA’s investigation “has not been closed. There is still ongoing work. … We will continue to take action as we deem appropriate.”

Through December, NHTSA had recalled 23 million potentially defective Takata inflators in about 19 million vehicles. Two weeks ago, Takata agreed to seek the recall of a further 5.1 million driver-side inflators, including the PSDI-5 types, plus 1.2 million SDI driver-side inflators.