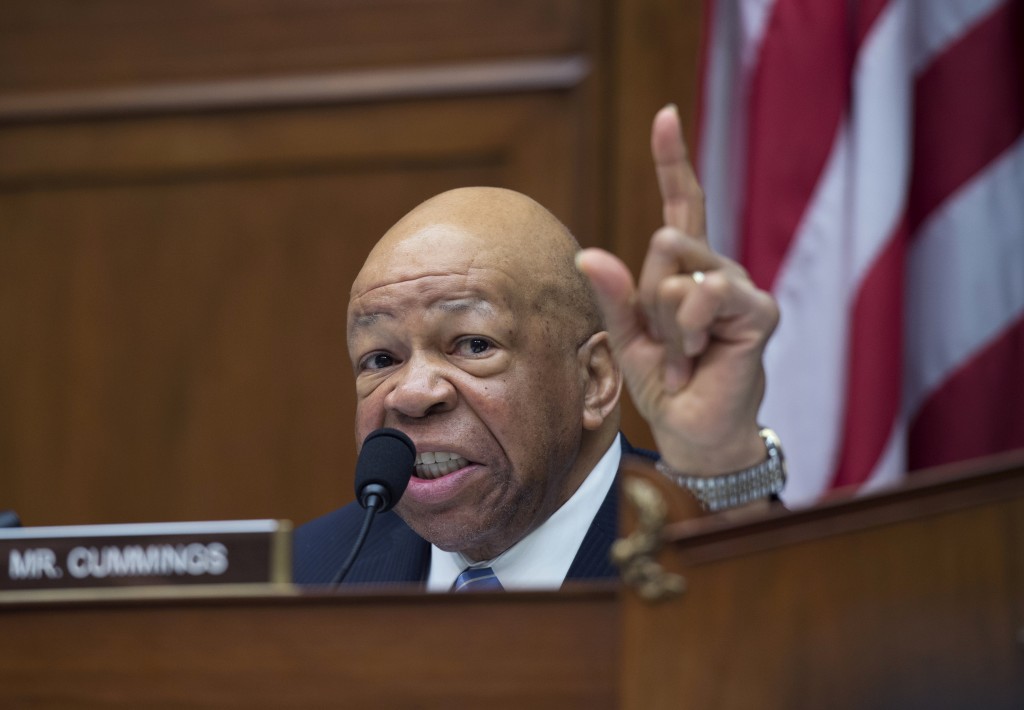 Former Secretary of State Hillary Clinton’s use of a personal email server has dogged her presidential campaign, and news that her predecessors in Republican administrations might have received such information on nonsecure servers could help her blunt the criticism.

“My concern has been that Republicans are spending millions of taxpayer dollars singling out Secretary Clinton because she is running for president – often leaking inaccurate information – while at the same time disregarding the actions of Republican secretaries of state,” Cummings said in a statement in which he accused the GOP of using congressional committees to mar Clinton’s candidacy.

In a statement, Powell said the emails were from his executive assistant. He said they were forwarded messages that two U.S. ambassadors sent to members of the State Department’s staff. “My executive assistant thought I should see them in a timely manner so sent them to my personal account,” he said.

He said that while the department now has said they are “confidential,” which is a low level of classification, both messages were unclassified at the time and that there was no reason not to forward them to his personal account.

“I have reviewed the messages and I do not see what makes them classified,” Powell said. “The ambassadors did not believe the contents were confidential at the time and they were sent as unclassified.”

“While they have not yet clarified this point, the State Department cannot now say they were classified then because they weren’t. If the department wishes to say a dozen years later they should have been classified, that is an opinion of the department that I do not share.”

Powell’s office said two FBI agents visited Powell in December for a general discussion about email practices during his time at State. The discussion did not focus on any individual or specific item.

Georgia Godfrey, chief of staff for Rice, said Rice did not use email as secretary nor have a personal email account. She said it’s her understanding that the emails in question were sent to Rice’s assistant, “reporting diplomatic conversations and they contained no intelligence information.”

Clinton, meantime, is facing new scrutiny from congressional Republicans as a fourth committee is pressing for general information about the handling of government documents, use of personal emails and the response to Freedom of Information requests during her time at the State Department.

Rep. Jason Chaffetz (R-Utah), chairman of the House Oversight and Government Reform Committee, sent a Jan. 19 letter to Secretary of State John Kerry asking for information and documents, citing the panel’s jurisdiction over implementation of FOIA requests. His request included material from the tenures of current and former secretaries of State.

In an interview with the Politico news organization, Chaffetz said Clinton’s use of a private email server for government business could ensnare her in his inquiry. Three other committees are already focused on the former secretary of state and her tenure – the special House panel on the attacks in Benghazi, Libya, the Senate Judiciary Committee and the Senate Homeland and Governmental Affairs Committee.

House Speaker Paul Ryan said Thursday he respects the FBI investigation, but gave no indication that he would stop Chaffetz from also conducting an inquiry.

“The FBI director, James Comey, is in the middle of an investigation. They have the tools to do it. So we will be respecting that investigation,” Ryan told journalists.

Clinton campaign chairman John Podesta said the details about Powell’s emails “shows just how routine it is for government bureaucrats to go overboard when it comes to judging whether information is too sensitive for the public to see.”

“Hillary Clinton agrees with her predecessor that his emails, like hers, are being inappropriately subjected to overclassification,” Podesta said. “She joins his call for these emails to be released so that the public can view the contents for itself.”

Cummings has written Secretary of State John Kerry seeking more information about the latest revelations about emails from Powell and Rice’s tenure at the State Department.

In his letter to Kerry, Cummings said the IG is reviewing the records preservation practices of five former secretaries of state and their immediate staffs. According information the IG provided to Cummings, the 12 emails were sent between February 2003 and June 2008. None of them were marked classified, but the State Department has advised the inspector general that the 12 contained classified national security information.

Kerry himself used a private account when he was a senator to send information now deemed classified to Clinton when she was secretary of state, spokesman John Kirby has said.