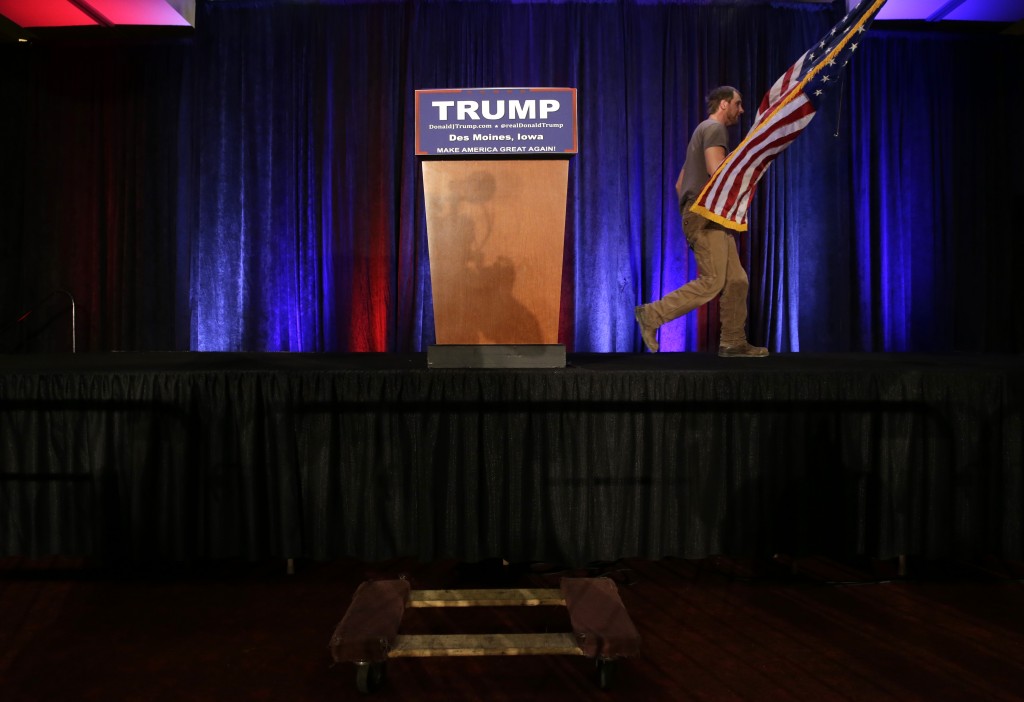 Republican presidential candidate Donald Trump is accusing rival Ted Cruz of stealing the Iowa caucuses and is demanding a do-over.

On his official Twitter account Wednesday, Trump said: “Based on the fraud committed by Senator Ted Cruz during the Iowa Caucus, either a new election should take place or Cruz results nullified.” He based his claim of fraud largely on developments that had been known for days and had not stopped him from congratulating Cruz on his victory Monday night. The Cruz campaign had no immediate response.

Trump tweeted earlier: “Ted Cruz didn’t win Iowa, he stole it. That is why all of the polls were so wrong and why he got far more votes than anticipated.”

The inflammatory accusation marked a reversal for Trump, who on Monday night delivered a concession speech thanking Iowans for his second-place finish and congratulating Cruz. On Tuesday night in New Hampshire, he told reporters he was “very happy with what happened in Iowa.”

But by Wednesday, Trump was laying out a list of accusations. Trump said Cruz had told Iowans a lie that Trump was “strongly in favor of ObamaCare.”

He pointed to a mailer sent by the Cruz campaign that was headlined “voting violation” and resembled an official notice. The mailer showed recipients their history of voting or not in past caucuses, along with the turnout record of their neighbors, and drew complaints from Iowa’s secretary of state.

And Trump called out Cruz backers for circulating a false rumor Monday night that Ben Carson was dropping out of the race as caucusing was underway.

“Many people voted for Cruz over Carson because of this Cruz fraud,” Trump wrote, suggesting the efforts may have given Cruz a winning edge.

Iowa Rep. Steve King, a national co-chairman of Cruz’s campaign, wrote on Twitter Monday evening: “Looks like (Carson) is out. … Skipping NH & SC is the equivalent of suspending. Too bad this information won’t get to all caucus goers.” Carson has called the comments “dirty tricks.”

Cruz spokesman Rick Tyler told CNN on Wednesday that Cruz apologized personally to Carson for the mistake. He said the Cruz team “as a campaign” never alleged Carson was dropping out.

“It may be that some of the surrogates or some of our caucus precinct captains … went too far,” Tyler told CNN. If so, he added, “that was in error; that was wrong.”

Trump’s Twitter reaction to his Iowa showing strayed significantly from his public comments on several morning talk shows Wednesday and at a rally on Tuesday night.

Asked about Cruz at a press conference before the rally, Trump said Cruz had insulted Carson and Iowans but would not say whether he thought the Texas senator had run a dirty campaign.

But Trump campaign manager Corey Lewandowski was pointed on the matter Wednesday.

Asked whether the campaign planned to file a formal complaint, he said: “Wait and see.” Officials from the Iowa Republican Party did not respond immediately to questions about their process for handling complaints like Trump’s.