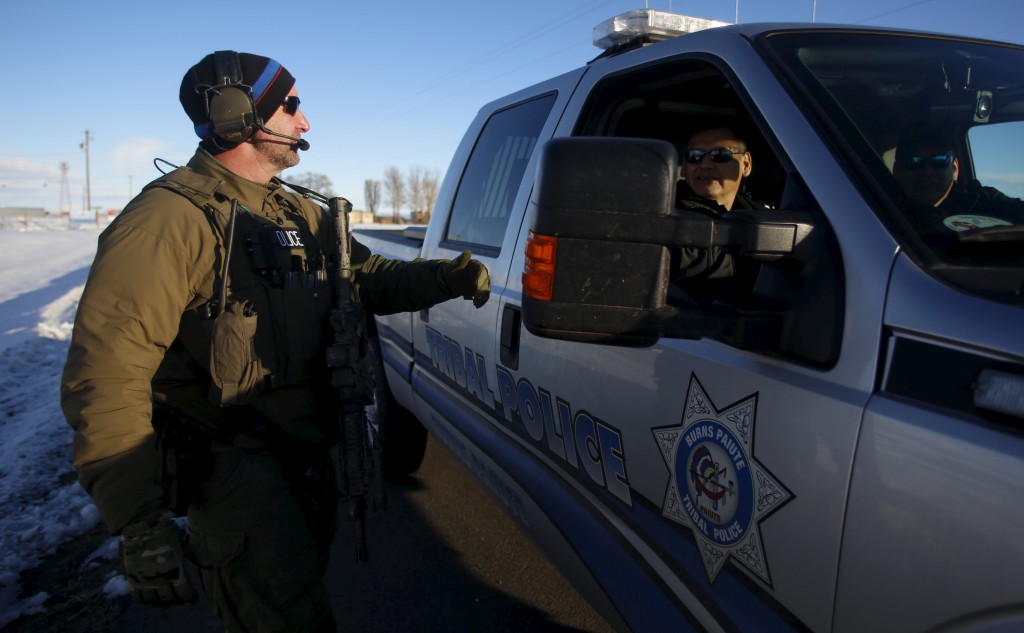 The FBI negotiated with four armed occupants at a remote federal wildlife refuge in Oregon on Saturday while the holdouts in a video posted online expressed their mistrust of the government and reluctance to leave.

One of the four protesters remaining at the Malheur National Wildlife Refuge said in a darkly lit video posted on Friday that he wanted to be assured he would not be arrested if he left. Others with him expressed similar sentiments.

Tensions in the standoff remained high four days after Robert “LaVoy” Finicum, 54, a spokesman for the group that seized buildings at the refuge on Jan. 2, was killed by police during the arrests of occupation leader Ammon Bundy and several other protesters as they traveled on a highway.

Supporters staged a rally in the nearby ranching community of Burns on Saturday night. About 30 pick-up trucks and other vehicles honked horns and waved flags – U.S., Confederate and Gadsden – as they drove. Passing the courthouse, protesters yelled “murderer” and “FBI go home.”

B.J. Soper, a founding member of the Pacific Patriots Network, said: “It came from the locals, who asked up to help out and organize this driving rally and show support for the community.”

But Mayor Craig LaFollette said the protesters were mostly outsiders who had disrupted the community, adding: “We don’t want them here.”

Soper countered that rally footage showed “about 70 percent of the vehicles were actually locals.”

The FBI said Finicum reached for a gun during the confrontation, which was recorded on grainy video. His family disputes that.

“Negotiations are ongoing,” FBI spokeswoman Beth Anne Steele said, declining to give details on the talks or comment on the video.

Bundy has issued messages through his attorney urging those remaining at the refuge to stand down and saying they would continue to fight through the courts.

But the holdouts in the video, said they did not want to leave the site, 30 miles (48 km) from Burns in the state’s rural southeast, and expressed mistrust of the U.S. government.

“I don’t believe that they have any authority over me because they’re illegal and I can’t bow down to that,” said one.