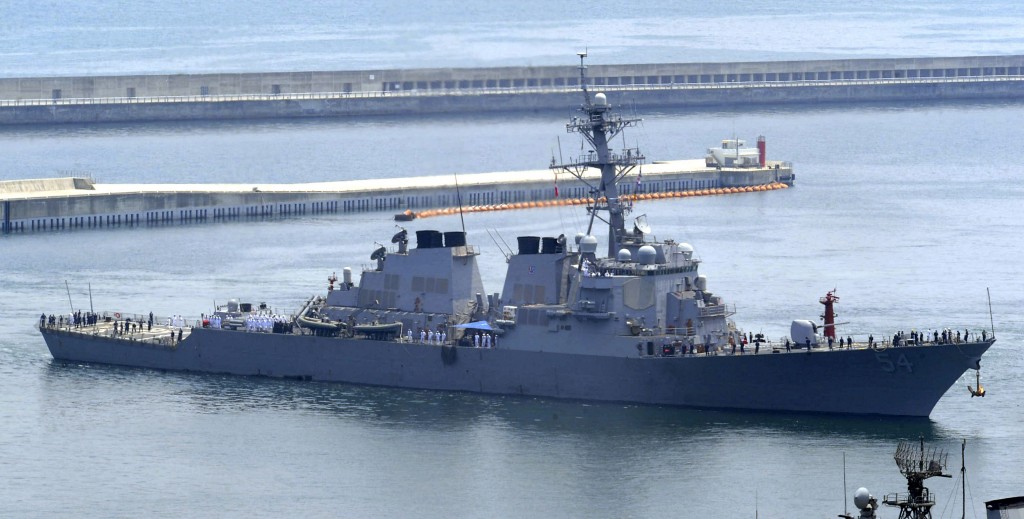 China strongly condemned the United States after a U.S. warship deliberately sailed near one of the Beijing-controlled islands in the hotly contested South China Sea to exercise freedom of navigation and challenge China’s vast territorial claims.

China, Taiwan and Vietnam have overlapping claims in the Paracels and require prior notice from ships transiting what they consider their territorial waters. The latest operation was particularly aimed at China, which has increased tensions with the U.S. and its Southeast Asian neighbors by embarking on massive construction of man-made islands and airstrips in contested areas.

Vietnamese Foreign Ministry spokesman Le Hai Binh said that Vietnam respects “innocent passage” of ships through territorial waters in line with international law. State media quoted Binh as reiterating Vietnam’s sovereignty over the Paracels and Spratlys and calling on nations to actively and practically contribute to peace and stability in the South China Sea.

In October, another U.S. warship sailed in the nearby Spratly Islands near Subi Reef, where China has built one of seven artificial islands.

Wright said the attempts to restrict navigational rights by requiring prior notice are inconsistent with international law. U.S. officials said that such ship movements would be regular in the future.

According to Yang, Chinese troops on the island and navy vessels and warplanes took actions immediately, identified the U.S. warship and “warned and expelled it swiftly.”

He said that the U.S. operation was “very unprofessional and irresponsible for the safety of the troops of both sides, and may cause extremely dangerous consequences.” Chinese armed forces will take whatever measures are “necessary to safeguard China’s sovereignty and security, no matter what provocations the U.S. side may take,” Yang said.

Foreign Ministry spokesperson Hua Chunying said separately that the Chinese side conducted surveillance and “vocal warnings to the U.S. warship.”

China claims almost the entire South China Sea and its islands, reefs and atolls on historic grounds. The area has some of the world’s busiest shipping lanes, and U.S. officials say ensuring freedom of navigation is in U.S. national interests, while not taking sides in the territorial disputes.

China seized the unpopulated Triton Island, an area of 1.2 square kilometers (0.46 sq. miles), from former South Vietnam in 1974. In May 2014, China parked a huge oil drilling platform off the Vietnamese coast in the area, prompting Vietnam to sent fishing boats and coast guard vessels to harass the rig and nearby Chinese vessels. Skirmishes led to collisions and the capsizing of at least one Vietnamese boat.