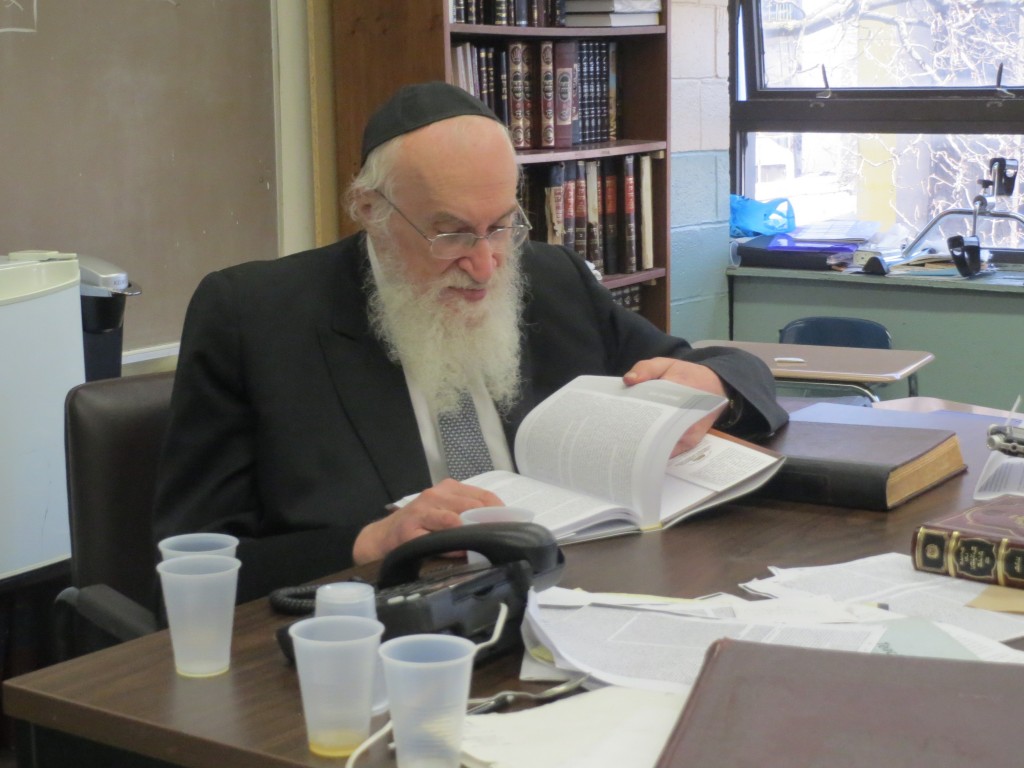 The levayah will take place on Friday Erev Shabbos, Parashas Yisro in the Yeshiva Torah Vodaath, 425 East 9th Street, Brooklyn, N.Y. at 10:00 am.

Kevurah will be in Eretz Yisrael on Sunday.

Rav Belsky was known for his breathtakingly wide knowledge in both all four chalakim on Shulchan Aruch and science. His frequent “Ask the Rav” sessions covered the entire gamut of Halachah and hashkafah.

He was the decades-long Rav of Camp Agudah, and senior halachic consultant for the Orthodox Union’s kashrus division, the largest kashrus agency in the world.

Rav Belsky was very active in promoting the kedushah of Brooklyn and in kiruv of people from the former Soviet Union.

He is survived by, ybl”c, his Rebbetzin Miriam and children.