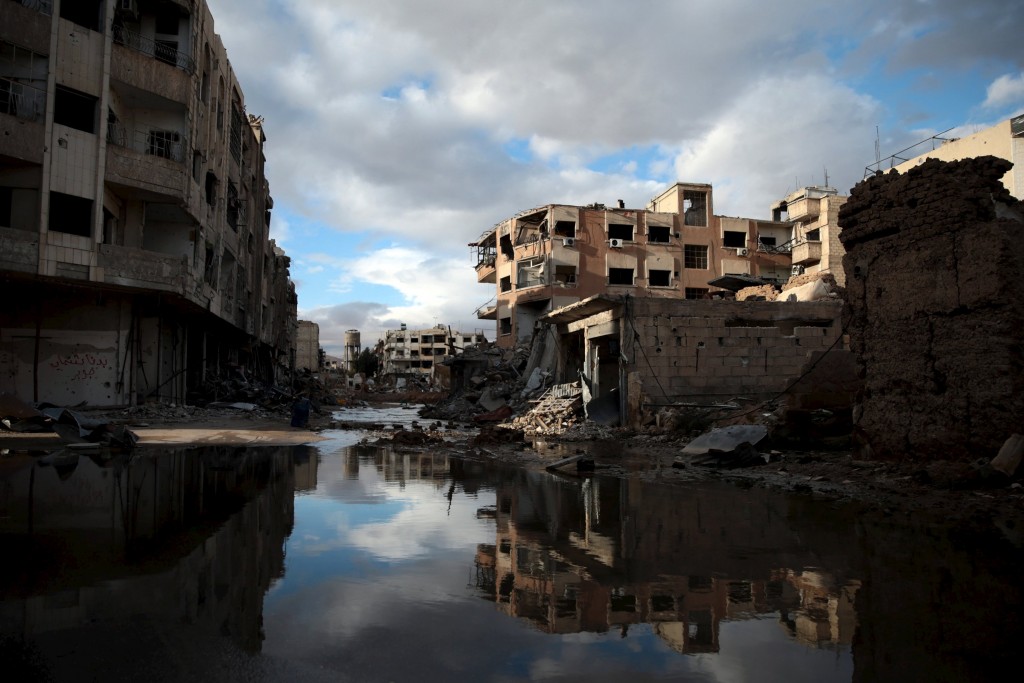 At least 63 people, including nine children, have died in air strikes believed to be carried out by Russian warplanes on a town in eastern Syria, the Syrian Observatory for Human Rights said on Sunday.

The raids on Khasham near the city of Deir al-Zor on Saturday were among a series of strikes that also hit two other towns in the past 48 hours, killing scores of people.

Russian jets have been bombing around Deir al-Zor as Syrian pro-government forces clash with Islamic State terrorists, who control most of the province. The group has besieged remaining government-held areas of the city since last March and last week launched new attacks.

Warplanes have also hit Islamic State’s de facto capital of Raqqa over the past two days, killing at least 44 people in the city, the Observatory said, raising the death toll from Saturday after many of the wounded died of their injuries.