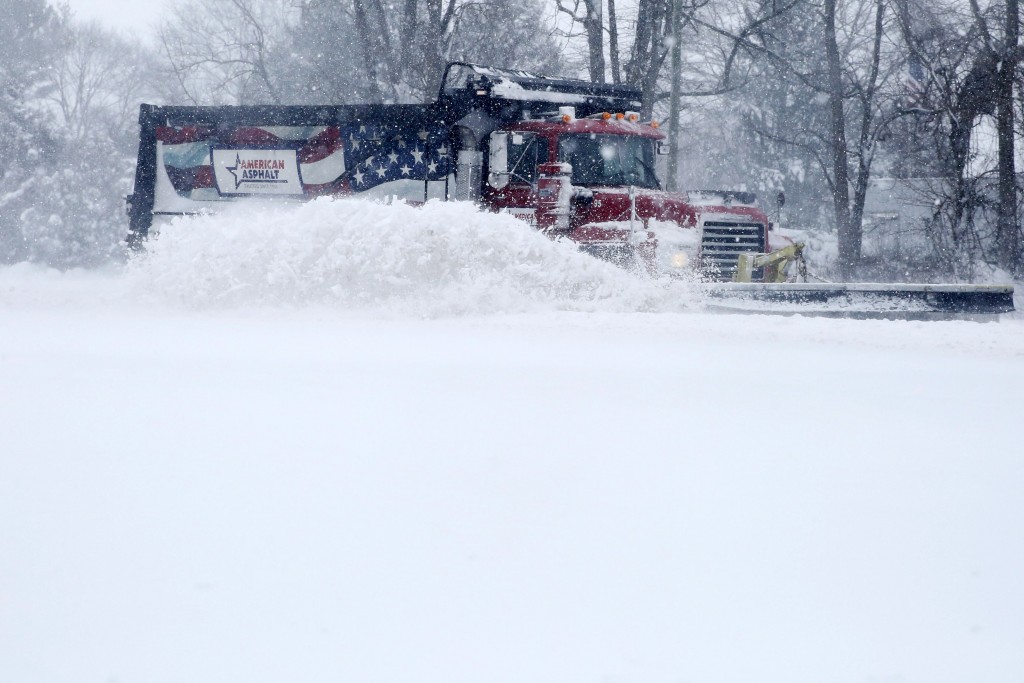 The massive snowstorm that promised more than a foot of snow for a wide swath of the eastern U.S. is all people can talk about. But is it a blizzard? And how did it get so big? Just like the snow, questions pile up. Here are some answers.

Q: Is there a difference between a snowstorm and a blizzard?

A: Yes. The National Weather Service says a snowstorm becomes a blizzard when it meets a couple of conditions for at least three hours: sustained wind or gusts of 35 mph or greater, and heavy falling and blowing snow, the type that reduces visibility to less than one-quarter of a mile.

Q: Why is this snowstorm so big?

A: This blizzard is a case of all the normal ingredients in a big snowstorm coming together. A storm system traveled from the Pacific along a strong jet stream and picked up warm moisture from the Gulf Coast and off the East Coast to stoke the precipitation content. Cold air from the north made that come down as snow, but it wasn’t too cold because that would limit the storm. Add to that low atmospheric pressure to the south and high atmospheric pressure to the north, and that means high winds. High winds mean blizzard conditions. It’s moving slow, and that means the snow piles up. Instead of being done snowing in 12 hours it can go for 36 hours — and that can mean three times as much snow.

Q: What about El Nino or global warming? Did they play a role?

A: While both are still affecting Earth’s climate and its weather, most meteorologists who talked to The Associated Press downplayed those as factors in this storm.

Q: Is this a record?

A: It’s too early to tell. First, it has to stop snowing. And it may be difficult to measure because the high winds are causing snowdrifts. But meteorologists say this is likely to be in the top three for Washington, though it won’t be so high-ranking in the context of the greater East Coast. Washington’s biggest three-day snowfall at Reagan National Airport was 28 inches in 1922. Baltimore’s was 26.8 in 2003. Central Park in New York City had its biggest snowfall of 26.9 inches in 2006.

Q: Do they rate snowstorms like they do hurricanes and tornadoes?

A: Yes, they do, but only after the fact. It’s a rating system called the Northeast Snowfall Impact Scale, and it was created by National Weather Service Director Louis Uccellini and winter weather expert Paul Kocin. It is based on how big a storm is and how many people feel it. There’s a 1 to 5 scale. Kocin is expecting this storm to be a 4, which is called crippling, but not a 5, which is extreme.

Q: Does this snowstorm have a name?

A: Depends on who you talk to. The Weather Channel names storms and is calling this Jonas, but federal meteorologists and many others don’t accept that private company naming storms. It gets unofficial nicknames, though. The Washington Post’s “Capital Weather Gang” had a contest and is calling this Snowzilla. Other names bandied about include SnOMG.