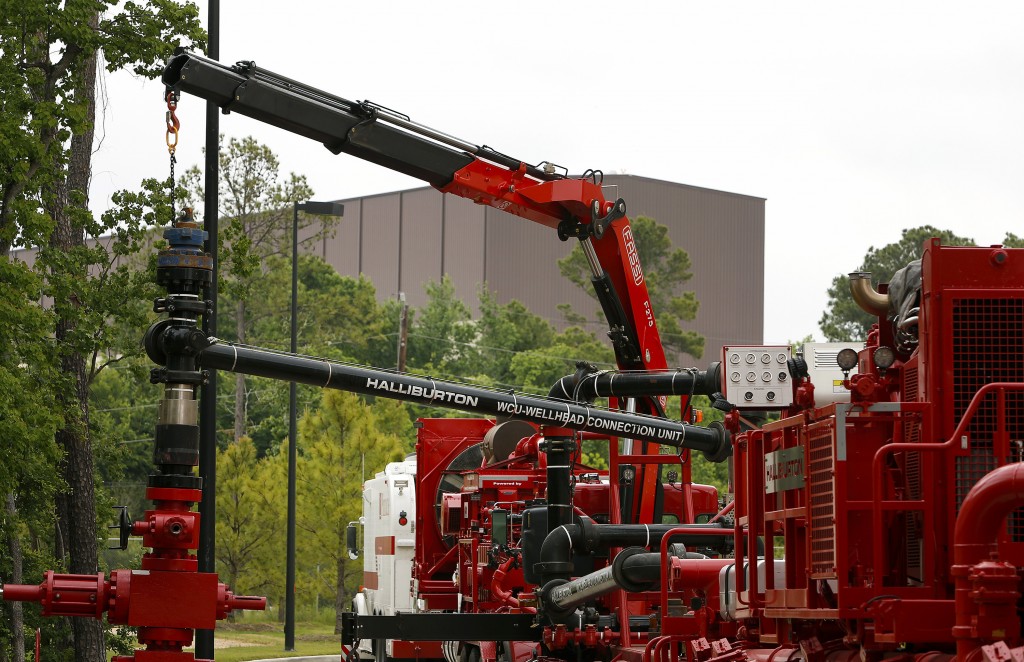 U.S. stocks slumped Wednesday as the price of oil suffered its worst one-day drop since September, and the Standard & Poor’s 500 index fell to its lowest level in almost two years.

Investors are worried that low oil prices mean there’s not that much demand for fuel. That would be a sign that growth in the global economy is slowing down. Stocks in the U.S. started sharply lower following widespread selling overseas, and looked like they were headed for huge losses. At one point the Dow Jones industrial average fell as much as 565 points.

The Nasdaq composite, which briefly turned positive in the afternoon, lost 5.26 points, or 0.1 percent, to 4,471.69. The Dow is the lowest it’s been since August, and the Nasdaq is at its lowest since October 2014.

The falling price of oil is bad news for companies that drill for oil and sell it, and those companies have slashed jobs and cut back on work to reduce their costs. Banks have lent billions of dollars to energy companies to fund their work, and investors are worried the banks won’t get their money back. It’s good news, however, for car owners and for companies that use a lot of fuel.

Overseas markets also fell. Japan’s Nikkei index entered a bear market, down 20 percent from its peak in June, and European benchmarks lost between 3 and 4 percent.

Commercial tech giant IBM said its revenue fell for the 15th consecutive quarter. Sales fell about $170 million short of Wall Street forecasts. The stock shed $6.25, or 4.9 percent, to $121.86, for the biggest loss in the Dow average.

U.S. government bond prices rose as traders shifted money into lower-risk investments. The yield on the 10-year Treasury note dropped to 1.99 percent, its lowest level since October, from 2.06 percent a day earlier. That yield, which is a benchmark for setting interest rates on home mortgages and other kinds of loans, has fallen sharply since the beginning of the year. At the end of 2015 it stood at 2.30 percent.

Japan’s Nikkei fell 3.7 percent and is down more than 20 percent from its June peak.