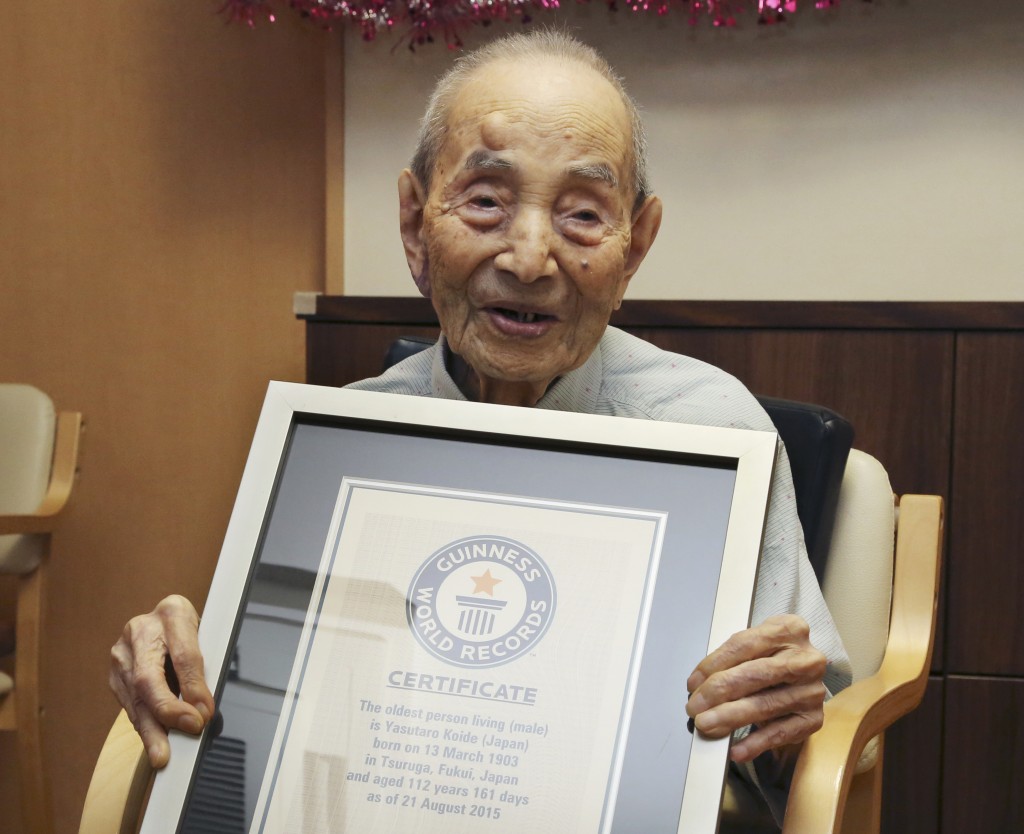 The world’s oldest man, a Japanese who died at the age of 112, said his secret to a long life was not to smoke, drink or overdo it.

Koide (pronounced “Koy-deh”) worked as a tailor when he was younger. He was recognized by Guinness World Records as the world’s oldest man in August.

The Ministry of Health, Labor and Welfare said he died early Tuesday at a hospital in Nagoya, central Japan, where he had been treated for chronic heart problems.

In Japan, 111-year-old Tokyo native Masamitsu Yoshida, born on May 30, 1904, succeeds Koide as the oldest man. It was not immediately known whether Yoshida is also the world’s oldest male.

Japan, a rapidly aging country, has more than 61,000 centenarians, according to the nation’s family registration records. Nearly 90 percent are women.