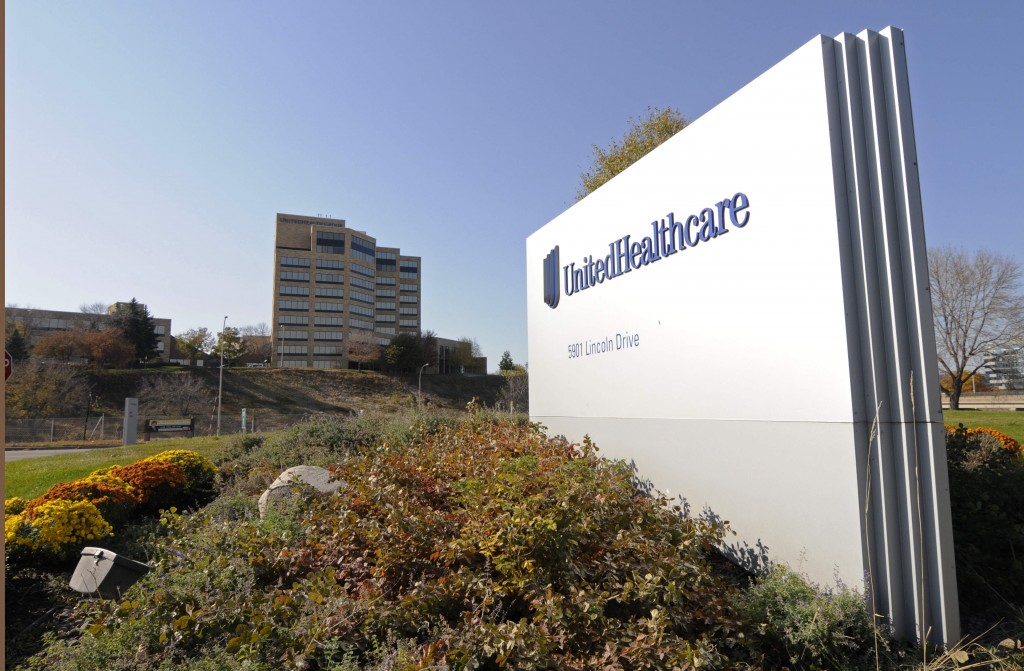 UnitedHealth Group closed 2015 with a 19-percent drop in fourth-quarter profit, but the nation’s largest health insurer still topped Wall Street’s expectations thanks in part to growth outside of its core business.

The Minnetonka, Minnesota company said Tuesday that operating earnings from its Optum segment jumped 50 percent in the quarter and now makes up nearly 40 percent of the company’s annual total.

Health insurance is UnitedHealth’s main business, but it has been leaning more on its Optum segment for growth, especially as it takes financial hits from coverage it sells on the Affordable Care Act’s public insurance exchanges. Optum runs the company’s pharmacy benefits management business, provides technology services and also operates clinics and doctor’s offices.

Overall, UnitedHealth earned $1.22 billion in the final three months of the year, down from $1.51 billion in the previous year’s quarter. Earnings, adjusted for amortization costs, totaled $1.40 per share.

Analysts expected, on average, earnings of $1.37 per share, according to Zacks Investment Research.

But struggles on the ACA’s insurance exchanges balanced some of the company’s gains. UnitedHealth booked a $245-million charge in the fourth quarter for advanced recognition of losses it expects this year from coverage it sells on the exchanges.

The insurer surprised some investors and analysts in November when its leaders said they were so concerned about the viability of their business on the overhaul’s public insurance exchanges that the company might decide to pull out of that market next year.

UnitedHealth had expanded rapidly into the exchanges, saying in October that it would participate in 11 more in 2016. But CEO Stephen Hemsley later said the company should have learned more about the new business before expanding.

The company expects to start in 2016 covering about 700,000 people through its exchange business, a small slice of overall enrollment that tops 46 million.

Hemsley said during a Tuesday conference call that the balance of the company’s business is thriving and in a better position than it was this time last year.

For 2016, UnitedHealth still expects adjusted full-year earnings to range between $7.60 and $7.80 per share, a forecast it laid out last month.