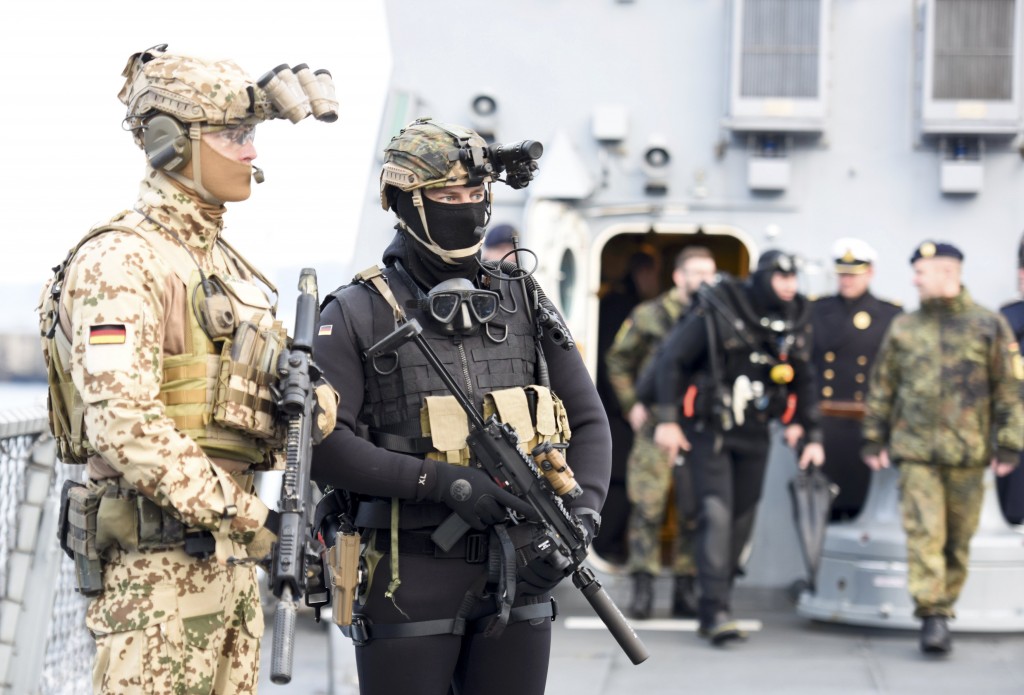 A group of conservative lawmakers urged Angela Merkel to reverse her open-door refugee policy as a poll showed a slide in support for her right-left coalition on Tuesday.

With three closely-watched regional elections looming in March, Merkel is facing the toughest spell of her 10-year chancellorship over her handling of the refugee crisis.

Conservative allies in Bavaria, the entry point for most migrants, are regularly breaking rank, and criticism is also mounting from her Social Democrat (SPD) coalition partners.

A poll conducted by Germany’s Institute for New Social Answers (INSA) in Tuesday’s top-selling Bild newspaper showed support for Merkel’s conservative bloc at 32.5 percent, down 2.5 percentage points – its lowest level since the 2013 election. It also put the right-wing Alternative for Germany (AfD), which campaigns against refugees, up 1 point at 12.5 percent. The AfD has profited from the worries about migrants and is likely to make major gains in elections in three states in March.

“There’s a clear trend against conservatives in Germany,” INSA chief Hermann Binkert told Bild. “Time is short to turn this sentiment round before the regional votes in March.”

Merkel’s insistence that Germany will cope with the influx of 1.1 million migrants last year and more this year, has angered local authorities struggling to house people, many of whom fled war zones in Syria and other Middle Eastern countries.

Pressure is mounting on her to shut the borders five months after Germany effectively suspending EU rules by opening its doors to the asylum seekers. In a letter to Merkel, 44 conservatives – many from her own Christian Democrats (CDU) party, as well as Bavaria’s Christian Social Union (CSU) – urged her to change course. “We are facing excessive demands on our country. We believe a change is urgently needed in the current migration policy … by a return to the strict application of the existing law,” states the letter.

One of the initiators of the letter told Reuters a total of about 100 conservative lawmakers backed it. The letter comes after Germany’s transport minister urged Merkel on Monday to prepare to close Germany’s borders to stem the influx, a highly unusual suggestion from a cabinet member.

The letter is just the latest headache for Merkel. The CSU wants a cap on migrants and some members are talking about taking the government to the Constitutional Court.

There are signs that Merkel, traditionally known for her pragmatic approach, is hearing at least some of the criticism but she has remained firm in resisting a cap.

The Social Democrats (SPD), at odds with conservatives on planned new rules regarding migrants, are also stepping up criticism.

Conservatives fear Merkel’s attempts to persuade other EU countries to take in quotas of refugees, push for refugee centers to be built on Europe’s external borders. and pay Turkey to keep refugees from entering the bloc are not working.

Last December she reassured her CDU that the number of migrants would fall. Her government is trying to speed up asylum procedures and make it easier to deport failed asylum seekers. Coalition officials also said that Germany wants to limit migration from North Africa by declaring Morocco, Algeria and Tunisia ‘safe countries.’

Merkel still enjoys higher ratings than most post-war German chancellors and with no clear successor in sight, it is still widely expected that Merkel will stand in the 2017 federal elections. But some media are starting to speculate about her future.