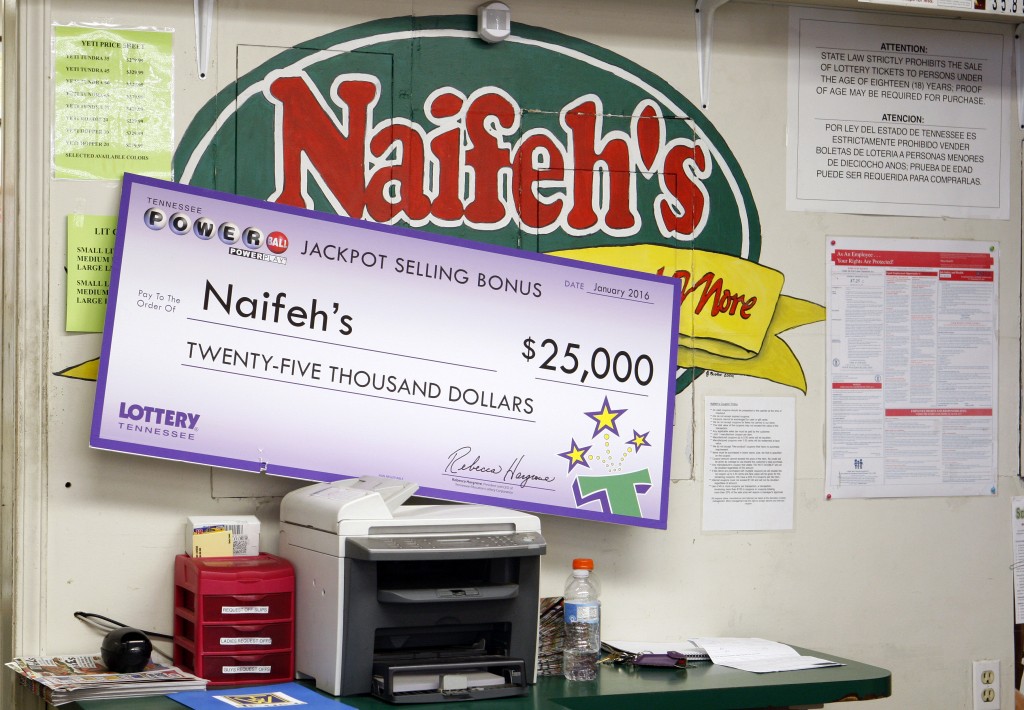 Even a jackpot isn’t enough to buy anonymity for many lottery winners, whose names are often made public by state law.

But now it’s becoming increasingly possible for big winners to hide their identity, and lottery executives are trying to strike a balance between ensuring privacy and safety while still proving to the public that real people can win.

Jackpot winners “get a big old target painted on their backs,” said Andrew Stoltmann, an Illinois attorney who has represented winners. When their names are released “they get harassed and harangued into some horrifically bad investments.”

Forcing people to reveal their names, he added, is like “throwing meat into a shark-infested ocean.”

On the other hand, allowing winners to collect jackpots in secret invites public suspicion and makes it easier for cheating to go undetected, according to gambling experts and others.

Delaware, Kansas, Maryland, North Dakota, Ohio and South Carolina allow winners to remain anonymous. A growing number of other states, including Colorado, Connecticut, Massachusetts and Vermont, will award prizes to a trust and allow a trustee — usually an attorney — to collect without disclosing the name of the ticket holder.

States including Illinois and Oregon have made exceptions to their policy of disclosure when winners demonstrate a high risk of harm.

Bills to keep lottery winners names confidential failed in North Carolina and New York in the last few years. New Jersey Gov. Chris Christie in 2013 vetoed a bill that called for a one-year delay in releasing names, saying it could reduce lottery sales by hampering marketing and muting public excitement when winners are announced. Similar measures have also been introduced in Arizona, Pennsylvania and Texas.

Advocates of privacy cite cases in which winners saw their lives upended after their wealth became widely known.

Oregon typically requires public release of winners’ names, but the state lottery allowed a man from Baghdad to remain anonymous after he won an Aug. 24 Megabucks drawing worth $6.4 million. The man, who purchased the ticket on an international website, said the jackpot would place his family in danger if his identity were known.

Critics complain that allowing winners to hide their identity is a convenient way to conceal criminal activity.

Anonymity “throws a layer of assistance to someone who wants to rig a drawing,” said Dan Russell, former attorney for the Florida Lottery and now a private-practice attorney representing major casinos and gambling industry manufacturers. “It is of no value to those of us who want the system to operate in a clean manner. That is absolutely the wrong idea.”

The risk of anonymous winners came to light after a lottery insider fixed numbers in several games over several years.

Iowa prosecutors say a computer expert working for the Multi-State Lottery Association, or MUSL, which runs games for 37 member states and U.S. territories, figured out how to rig number-generating computers to pick his set of numbers.

Authorities believe Eddie Tipton and his associates successfully cashed in tickets in Colorado, Kansas, Oklahoma and Wisconsin, netting more than $2.6 million in payouts. Tipton was convicted of fraud in July for attempting to claim a $16.5 million Hot Lotto jackpot in Iowa. He faces additional charges in Iowa related to the other four states.

The requirement that names be made public was “the layer of security he couldn’t break,” Iowa Lottery CEO Terry Rich said.

Gary Grief, chairman of the Powerball committee for MUSL, insists he has complete confidence in the integrity of the time-tested ball-drawing system, and he still supports revealing winners’ names. Name disclosure is “a positive thing to reinforce to players that real people do win and that those real people don’t work for the lottery or aren’t involved with lottery,” he said.

A Powerball-type game has not had a high-profile scandal since 1980, the year of the so-called “triple six fix,” in which a lottery insider and others secretly weighted balls with paint so only a few combinations of numbers could surface in the Pennsylvania Daily Number game. The seven men bet heavily on those combinations. The winning number was 666, which yielded $1.8 million. But they were caught, prosecuted and most of the money was recovered.

“The worst thing that could ever happen to the lottery,” McNay said, “is people feeling like it’s fixed.”