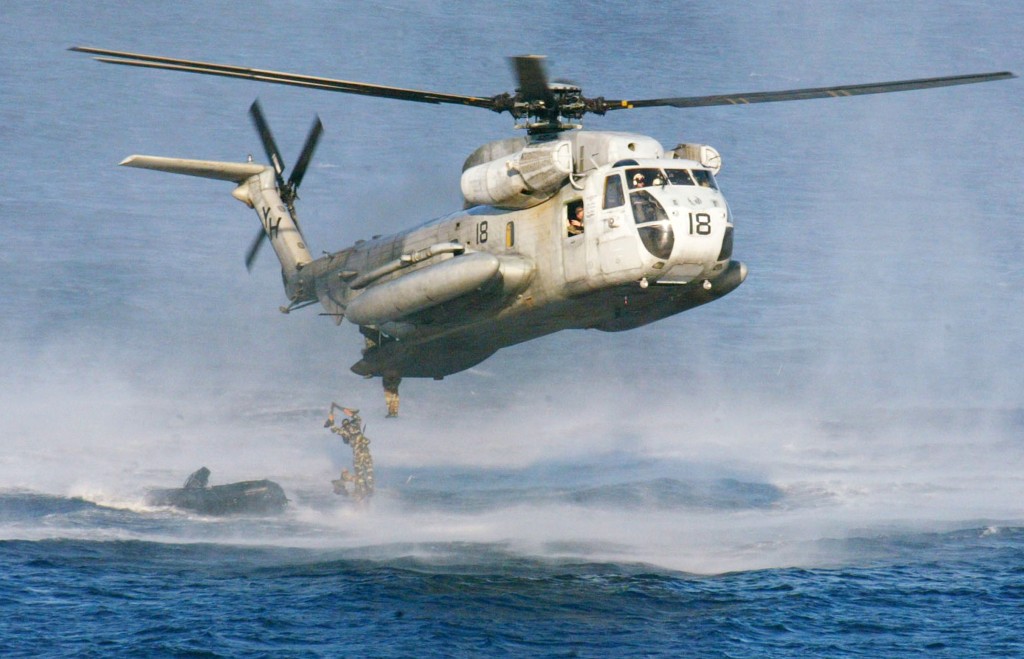 Two Marine helicopters collided off the Hawaiian island of Oahu with a total of 12 people on board and a search was underway Friday, military officials said.

A Coast Guard helicopter and C-130 airplane arrived on scene 2 1/2 miles offshore shortly after midnight and located a debris field.

Mooers said a Navy helicopter and a Honolulu Fire Department rescue boat have also responded and Coast Guard cutters are coming in.

Marine Capt. Timothy Irish confirmed that a search and rescue is underway for the two CH-53Es – transport helicopters. He said the aircraft were from the 1st Marine Aircraft Wing from Marine Corps Base Hawaii.

Mooers told Los Angeles radio station KNX-AM that search conditions were challenging because of darkness and high surf. She said a high-surf advisory is in effect for waves 10 to 15 feet building throughout the morning.

There was no immediate word on what caused the collision or if any survivors have been found.