Politics Trump, Cruz Go at Each Other in Year’s First GOP Debate
Politics 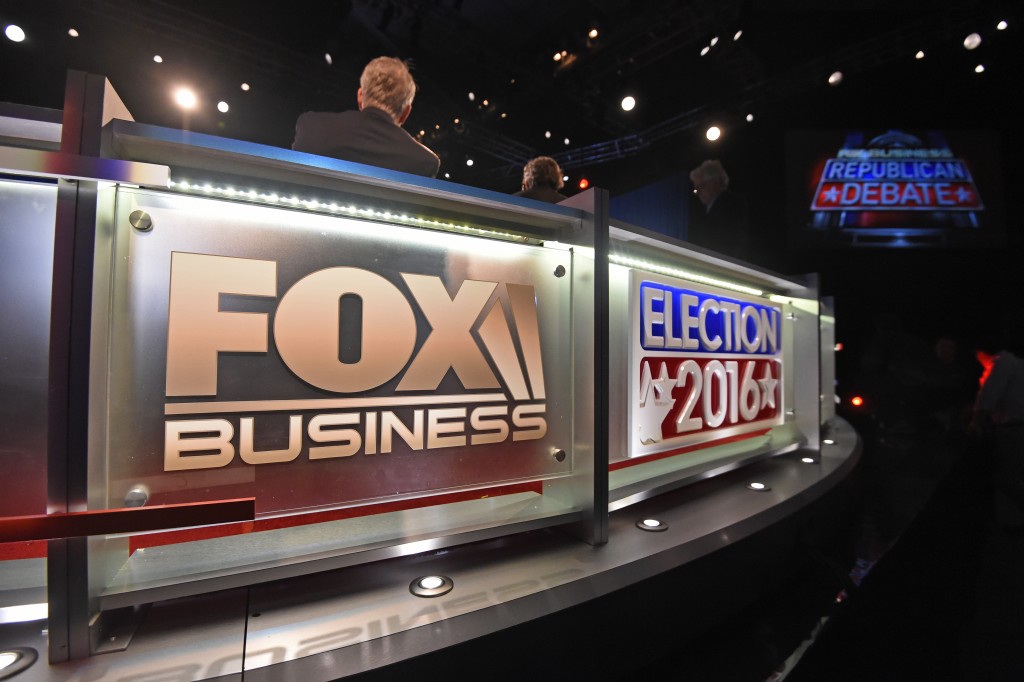 Republican presidential candidates Donald Trump and Ted Cruz clashed Thursday night over the Texas senator’s eligibility to serve as commander in chief and the businessman’s “New York values,” ending months of civility between fiery contenders seeking to tap into voter anger and frustration.

Two hours of prime-time argument presented voters with a sharp contrast to the optimistic vision of America that President Barack Obama painted in his State of the Union address earlier this week. The candidates warned of dire risks to national security and challenged claims of recent economic gains for the middle class.

The heated exchanges between Trump and Cruz dominated much of the contest, with the real estate mogul saying the senator has a “big question mark” hanging over his candidacy given his birth in Canada to an American mother.

“You can’t do that to the party,” Trump declared.

Cruz suggested Trump was only turning on him because he’s challenging Trump’s lead, particularly in Iowa, which kicks off voting on Feb. 1. The senator was also on the defensive about his failure to disclose on federal election forms some $1 million in loans from Wall Street banks during his 2012 Senate campaign, saying it was little more than a “paperwork error.”

Cruz also renewed his criticism of Trump’s “New York values,” a coded questioning of his rival’s conservatism. But the biting barb appeared to backfire, eliciting an unexpectedly emotional response from Trump about his hometown’s response to the Sept. 11, 2001, attacks.

“No place on earth could have handled that more beautifully, more humanely than New York,” Trump said. “That was a very insulting statement that Ted made.”

At times, the contest between some of the more mainstream candidates seeking to emerge as an alternative to Trump and Cruz was just as fiery, particularly between Florida Sen. Marco Rubio and New Jersey Gov. Chris Christie.

Rubio likened Christie’s policies to President Obama’s, particularly on guns and education reform — an attack Christie declared false. Seeking to undermine Rubio’s qualifications for president, Christie suggested that senators “talk and talk and talk” while governors such as himself are “held accountable for everything you do.”

Rubio entered the debate as the top target for most of the other establishment-minded candidates. He largely escaped the criticism of his Senate voting record and immigration policies that have dogged him on the campaign trail and in media advertisements blanketing airwaves in early voting states — until near the end when Cruz confronted him on immigration.

Rubio fired back by accusing Cruz of switching positions on issues, preferring for the most part to stick to his trademark rapid fire, policy-focused answers.

Rubio and Christie are among the candidates seeking to break out of the establishment pack, particularly in the New Hampshire primary, which quickly follows the lead-off Iowa caucuses. The race in Iowa has settled into a tight, two-way contest between Trump and Cruz.

Thursday night’s debate came at the end of a week that has highlighted anew the deep rifts in the Republican Party. South Carolina Gov. Nikki Haley, a rising GOP star, was widely praised by many party leaders for including a veiled criticism of Trump’s angry rhetoric during her response to Obama’s State of the Union address — only to be chastised by conservative commentators and others for the exact same comment.

Trump said he wasn’t offended by Haley’s speech and argued his anger is justified.

“I’m very angry because our country is being run horribly,” he said. “And I will gladly accept the mantle of anger.”

Trump also stuck with his controversial call for temporarily banning Muslims from the United States because of fear of terrorism emanating from abroad. He said he had no regrets about the proposal and noted his poll numbers rose after he announced the plan.

Former Florida Gov. Jeb Bush, who has emerged as a frequent critic of Trump, urged the front-runner to reconsider the policy.

“What kind of signal does that send to the rest of the world?” said Bush, who has struggled to gain any momentum in the race and often appeared overshadowed Thursday night.

Ohio Gov. John Kasich also broke with Trump on the Muslim ban, but like the entire GOP field, called for at least a temporary halt on the Obama administration’s plan to allow thousands of Syrian refugees into the country.

“I’ve been for pausing the Syrian refugees,” Kasich said. “But we don’t want to put everybody in the same category.”

On the economy and national security, the candidates offered a sharp contrast to the optimistic portrait of the nation Obama outlined in his State of the Union address and warned that sticking with Democrats in the November election could have dire consequences.

“On Tuesday night, I watched story time with Barack Obama, and it sounds like everything in the world was going amazing,” Christie said.

Cruz accused Obama of painting a rosy picture of the country’s economic situation while working Americans are being “left behind,” and said Democratic front-runner Hillary Clinton would continue the same policies. Bush suggested the country was less safe under Obama and declared Clinton would be a “national security disaster.”

Rubio went even further, saying Clinton was “disqualified for being commander in chief,” accusing her of mishandling classified information and lying to the families of Americans killed in the 2012 attacks in Benghazi, Libya.

Ben Carson, consistently found to be among the most likable candidates in polls, generated laughs after joking about having to wait nearly 15 minutes to get his first question.

“I was happy to get a question this early on,” the retired neurosurgeon said with a big smile.

Tighter rules for Thursday’s debate, hosted by Fox Business Network, resulted in a smaller cast of candidates in the main event. Businesswoman Carly Fiorina was bumped to the undercard event, as was Kentucky Sen. Rand Paul, though he chose to not participate in the early evening contest.

Toward the end of the debate, a handful of audience members in the hall broke out into a “We want Rand” chant.

Republicans have one more debate scheduled before voting begins in Iowa, a Jan. 28 event in Des Moines.