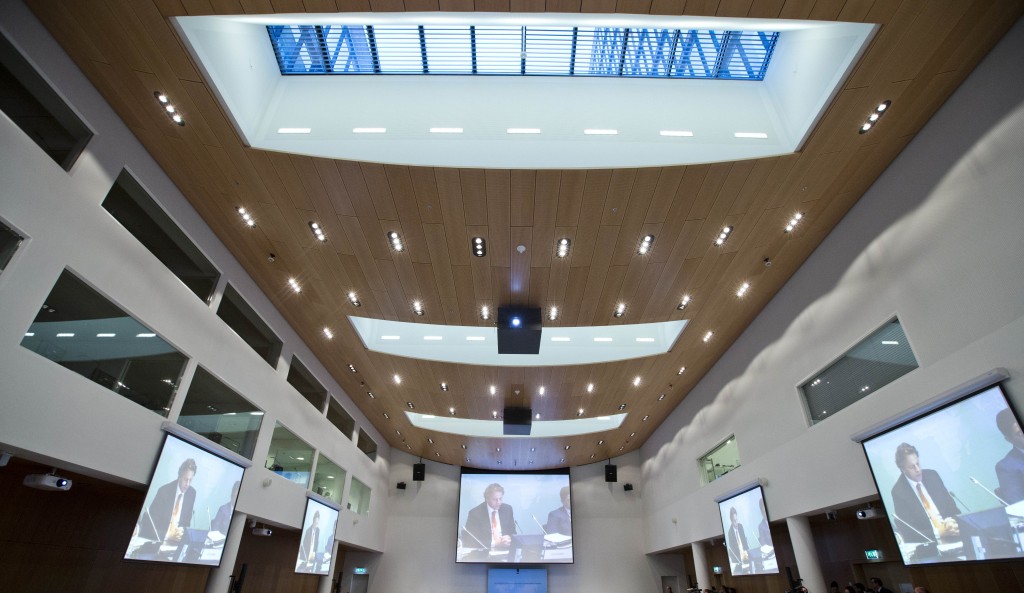 The Netherlands called on Monday for greater sharing of intelligence data, including lists of suspected foreign terrorists and their banking details, at a gathering of global counterterrorism officials.

The Dutch, who hold the rotating European Union presidency, circulated a draft outlining the objective to roughly 250 delegates at the Global Counter Terrorism Forum (GCTF) and the Global Coalition to Counter ISIL meeting in The Hague, Foreign Minister Bert Koenders said.

Although a legal framework for sharing confidential intelligence already exists, the Dutch hope to boost the use of databases at the European and international police agencies Interpol and Europol, in the wake of weak communication before the Nov. 13 Paris attacks.

Several of the Paris terrorists, who killed 130 people in Paris, had been on the radar of authorities in various countries, which should have provided opportunities to stop them.

Turkish authorities detained suicide bomber Brahim Abdeslam and deported him to Belgium months before the attacks, warning that he had been “radicalized” and was suspected of wanting to join Islamic State terrorists in Syria.

“We have the agreements, but it is very important now that … there is a real-time exchange of information,” Koenders told journalists ahead of the conference. “There has to be confidence and trust between the agencies to ensure that it is not only the general knowledge but precise names, the precise travel plans, the precise credit cards,” he said.

One example is the failure to effectively share lists of suspects whose assets have been frozen, making it possible for someone blacklisted to drive across the border and use his bank cards in a neighboring country.

Another problem is that not all countries provide data or use information made available through systems at Europol and Interpol. Beyond monitoring social media and telecommunications intercepts, agencies should be deepening methods to include swapping of communications between terrorist suspects, Koenders said.

Among participants in the conference are the leading counterterrorism officials from the European Union, Europol, Interpol, the United Nations and top government representatives from the United States, Turkey and Morocco, among others.

Koenders said on Sunday the “national terrorism” list in the Netherlands had doubled in a year to 42 Dutch citizens and organizations linked to terrorists in Syria and Iraq.