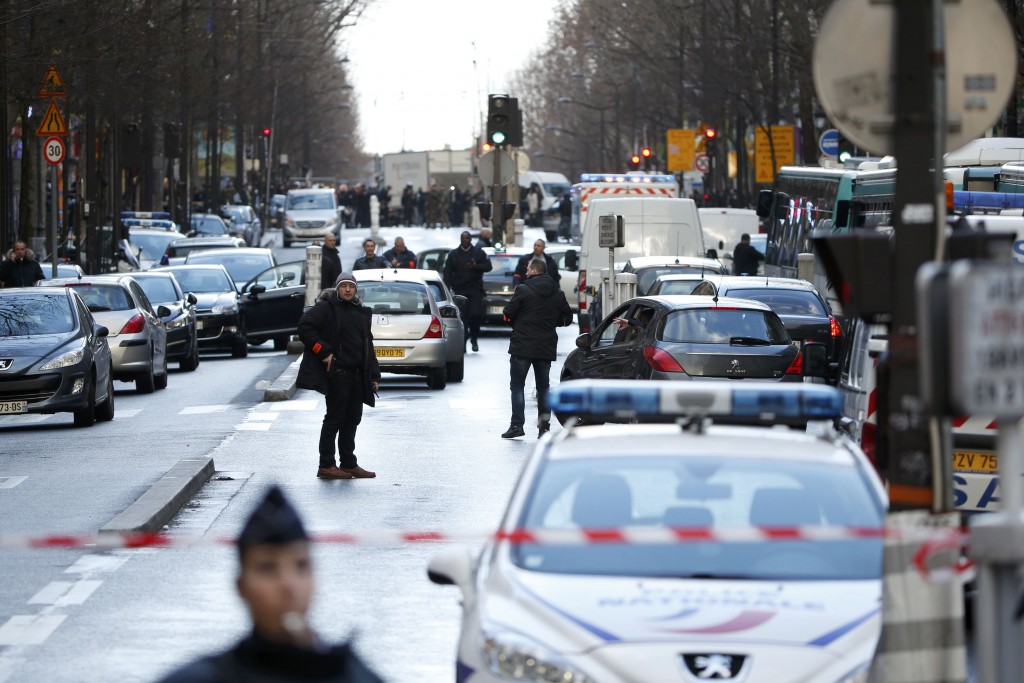 The terrorist shouted, “All-hu Akbar,” and may have been wearing a suicide belt, Interior Ministry spokesman Pierre-Henri Brandet said on BFMTV.

French officials later said that the explosive belt on the man was fake. “The man did have a belt, but it was a fake. The bomb-disposal unit confirmed it was a fake,” a police union source said.

The man was carrying a mobile phone and a sheet of paper showing the Islamic State flag and claims of responsibility written in Arabic, the Paris prosecutor said in a statement.

“A mobile phone and a piece of paper, on which appear the Daesh flag and a clear written claim in Arabic, were found on the individual,” Francois Molins said, referring to the Arabic acronym for Islamic State.

Molins said that given the circumstances the events would be investigated as a terrorism incident.

Earlier Thursday, French President Francois Hollande said what he called a “terrorist threat” will continue to weigh on the country, which was struck a year ago by Islamic terrorists. In a speech to police forces charged with protecting the country against new attacks, Hollande said the government was passing new laws and ramping up security, but the threat remained high.

Exactly a year ago today, January 7, 2015, a pair of terrorists stormed the offices of satirical newspaper Charlie Hebdo, killing 11 people inside and a policeman outside. Three police officers were among the 17 dead in the attacks, which ended after two days of bloodshed in Paris.

Hollande said officers die in the line of duty “so that we can live free.”