World After IS Collapse in Ramadi, Terrorists Intensify Siege of Haditha
World 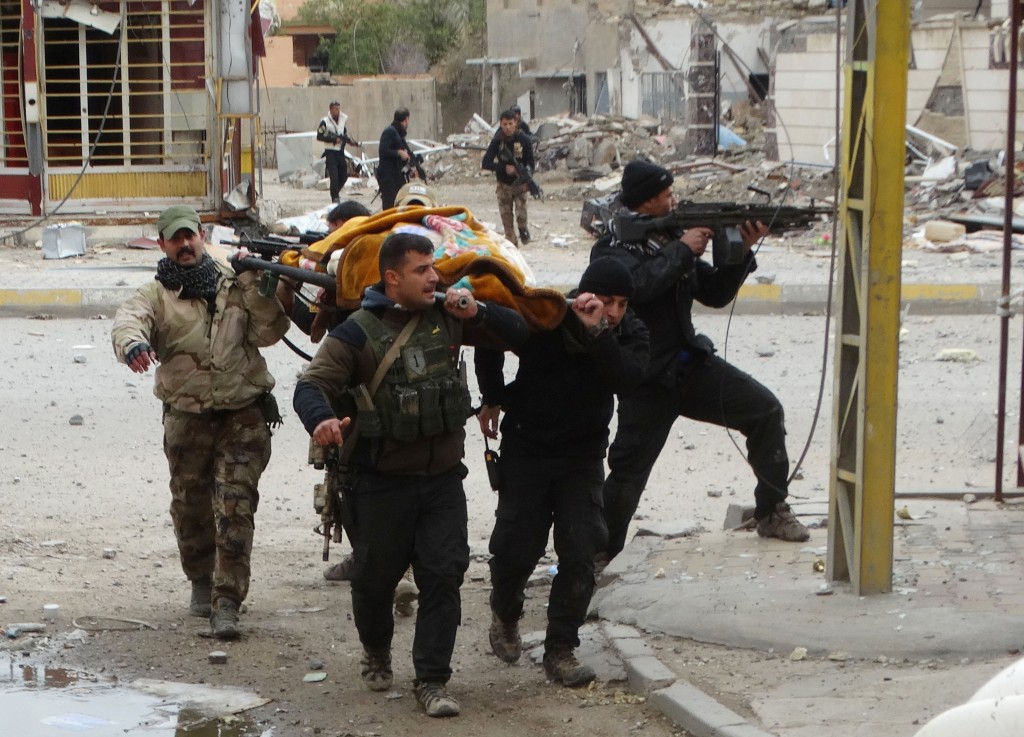 Islamic State terrorists have launched a deadly offensive against security forces in a key part of western Iraq, residents and tribal fighters said Tuesday, unleashing a wave of car bombs and seizing an area near one of the country’s largest dams.

The fresh attacks in Haditha district have set off some of the fiercest fighting in that area in months – and follow the stunning defeat of the Islamic State in the nearby city of Ramadi in December. An Iraqi army offensive backed by U.S. airstrikes forced the jihadists to retreat from Ramadi last month, marking a devastating blow for a group striving to expand its Islamic “caliphate.”

But this week, the terrorists turned their guns on Haditha, a strategic area about 90 miles northwest of Ramadi and home to Iraq’s second-largest hydroelectric dam. U.S. troops are also training Iraqi forces at the Ayn al-Asad military base just 20 miles away. The terrorists have had Haditha encircled for more than a year.

Haditha, in the heart of Iraq’s Anbar province, holds both symbolic and strategic significance. The district is one of the last government redoubts amid swathes of terrorist-held territory in the desert of western Iraq. Its six-mile-long dam generates power for large tracts of the country, granting whoever controls the dam influence over much of Iraq’s electricity and water supplies.

Troops in Haditha said the Islamic State attacks were unprecedented in the area. On Monday, the U.S.-led coalition launched two strikes on several Islamic State targets near Haditha – the first time warplanes have struck in the area since November, according to coalition statements.

“These are the most violent attacks we’ve ever seen in this area,” Sabah Ali, an Iraqi army captain with the 7th Division in a rural area known as Barwana, said of the three-day Islamic State offensive there.

Other tribal fighters said the Islamic State had killed scores of people, including local police and civilians, in the village of Sakran, but the reports could not be confirmed.

The Islamic State holds territory across Syria and Iraq but has suffered a string of setbacks in recent months. Iraqi forces and pro-government militias have ousted the jihadists from the Iraqi cities of Sinjar, Tikrit and now Ramadi. Security forces and analysts said the group’s focus on Haditha was meant to distract from its collapse in Ramadi, the capital of Anbar.

“They have been attacking us with car bombs constantly and from all sides,” Ali said of the attacks in Haditha. “They are trying to make up for what they lost in Ramadi.”

On Sunday, the jihadists began to step up attacks in Haditha, launching ambushes on checkpoints, arriving in villages atop armored convoys and engaging Iraqi troops in pitched battles on local farmland.

Early Tuesday morning, Islamic State fighters, bolstered by what locals said were reinforcements from outside Haditha, staged a surprise attack on Iraqi forces in Barwana. They seized two villages before Iraqi troops recaptured one of the hamlets later in the day.

Between two dozen and 60 Iraqi soldiers and pro-government fighters had been killed in the attacks since Sunday, security forces and media reports said. The discrepancy in the reported death tolls could not immediately be reconciled.

Haditha’s residents have been cut off from the rest of Iraq for more than a year, surviving on aid that needs to be airlifted from the Iraqi capital, Baghdad. The World Food Program said last month it distributed food assistance to nearly 70,000 people in Haditha and the nearby town of Al-Baghdadi. It was the first time the WFP had dispensed aid to the area since April.

Abu Fahad al-Nimrawi, an anti-Islamic State tribesman, said he fled with his family as soon as word spread that Islamic State fighters were arriving in Barwana on Tuesday morning. He swept them up and took them to the Haditha city center, which is still largely protected from the violence.

“All of them were armored vehicles. It was in the morning,” Nimrawi, who returned to Barwana to fight, said. “I took my family and we ran. The people who couldn’t leave, they were killed.”