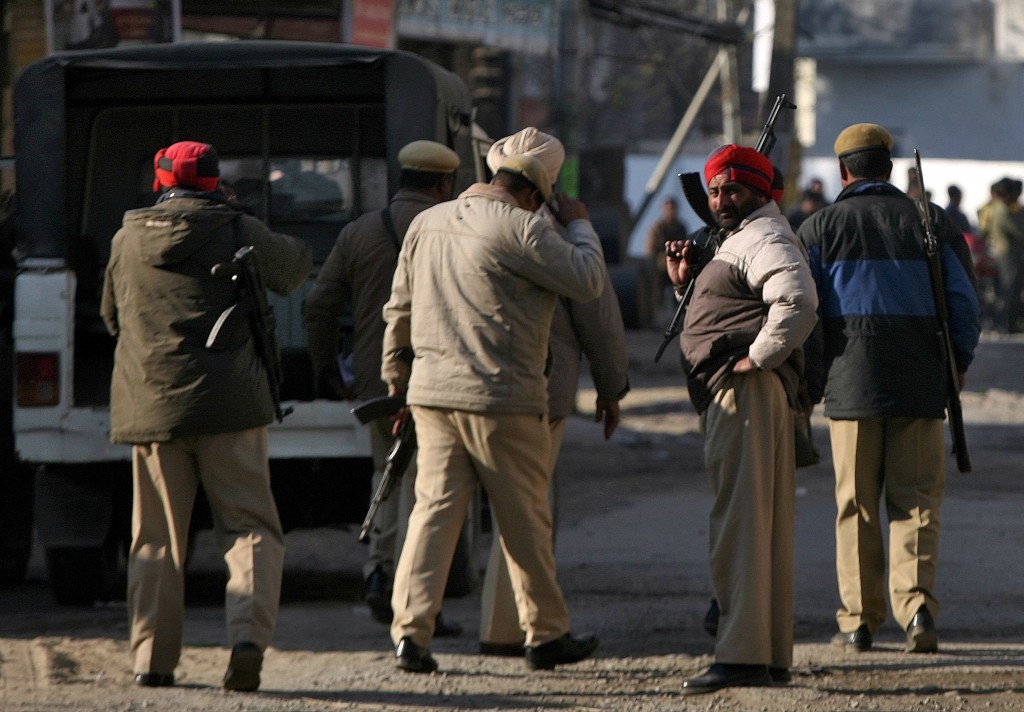 Terrorists launched a deadly attack on an Indian Air Force base near the Pakistan border on Saturday, exchanging fire with Indian forces who, backed by tanks and helicopters, battled for more than 15 hours before wresting back control of the compound.

The assault by terrorists disguised as soldiers, in which all five attackers and at least two guards were killed, came a week after Indian Prime Minister Narendra Modi made an unscheduled visit to Pakistani counterpart Nawaz Sharif in an effort to revive bilateral talks.

Previous attempts at dialogue between the nuclear-armed neighbours have been derailed by similar incidents but, as Pakistani authorities condemned the raid, experts suggested the latest negotiations would prove more durable.

“We have seen the same pattern again and again when there are attempts to restart the peace dialogue,” said Ajai Sahni, executive director of the Institute for Conflict Management in New Delhi.

“It may lead to a momentary pause in the … dialogue and attacks from the (Indian parliamentary) opposition for not pursuing a harder line, but I don’t think it will have a long-term impact.”

The gunmen entered the heavily fortified Pathankot base in India’s northwestern state of Punjab before dawn, officials said. Once inside, they opened fire indiscriminately.

They had earlier hijacked a police officer’s car and driven it to the base – tactics used in previous attacks believed to have been committed by Pakistani-trained terrorists, Punjab’s police chief Suresh Arora told Reuters.

There was no immediate claim of responsibility for Saturday’s attack, in which a home ministry official said two guards were killed.

Sporadic gunfire continued through the day and helicopters flew as Indian troops combed the base in search of surviving gunmen. A Reuters witness said he saw two tanks go into the base.

Home Minister Rajnath Singh said in an evening posting on social media that all five gunmen had been killed.

Singh said India wanted peace with Pakistan, but that any terrorist attack would get “a befitting response,” a statement analysts described as ‘restrained.’

Pakistan condemned the attack and said it wanted to build on the goodwill created in the recent high-level contacts.

“Pakistan remains committed to partner with India as well as other countries in the region to completely eradicate the menace of terrorism,” foreign ministry spokesman Qazi Khalilullah stated.

Media footage showed armed guards outside the base, which is located 50 km (30 miles) from the border with Pakistan, and police stepped up vehicle checks in the area.

The attack may have been carried out by Jaish-e-Mohammed (the Army of Mohammed), Indian security sources said, based on an initial analysis. The Pakistan-based terrorist group based in Pakistan is seeking independence for Indian-ruled Kashmir.

“Punjab is also a corridor for [contraband] smuggling and … several (Jaish-e-Mohammed) sleeper cells have been activated in Punjab,” said a home ministry source, who spoke on condition of anonymity due to the sensitivity of the matter.

The raid resembled an assault last July by uniformed terrorists on a police post in a Punjabi border town that killed nine people.

But Saturday’s attack was much more audacious in targeting a large military facility from which India’s Russian-made fleet of MiG-21 fighter jets and Mi-35 attack helicopters fly. The government said the terrorists had been prevented from entering the area where “high-value assets are parked.”

Security experts say tight security along the countries’ disputed frontier through Kashmir has pushed the focus of militant activity south towards softer targets in Punjab.

India and Pakistan have fought two wars over Kashmir since independence and partition in 1947. The Muslim-majority region remains a bone of contention that India only recently agreed to discuss after months of on-off attempts to relaunch talks.