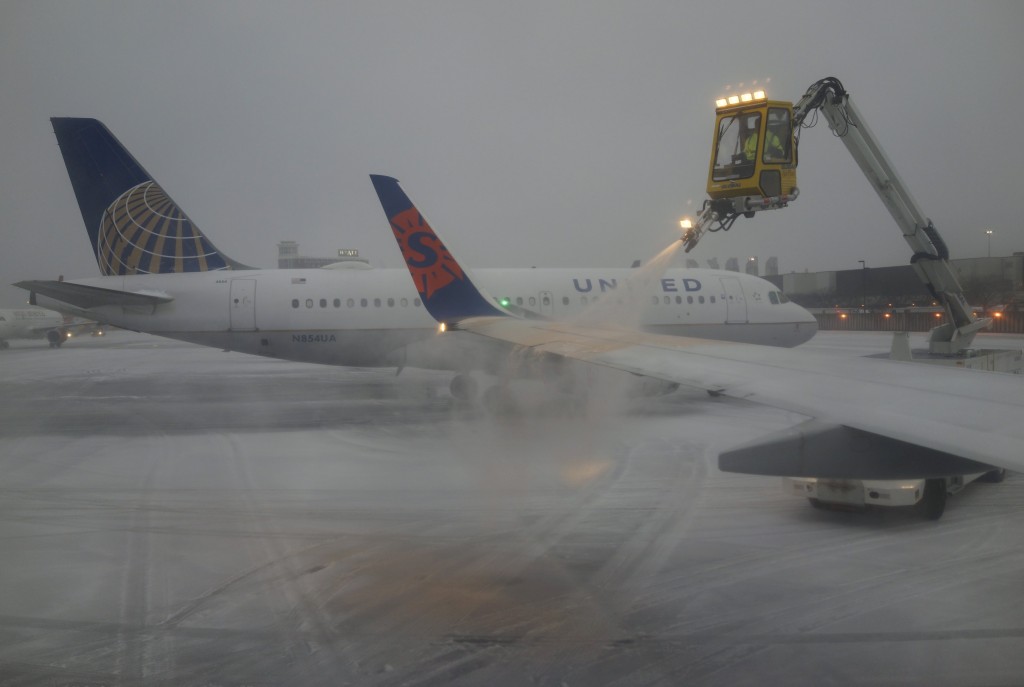 Flood warnings are already in effect across central and southern Illinois, only one day after a winter storm brought sleet and icy rain.

The Monday storm brought as much as 3.5 inches of ice accumulation in Rockford, Illinois and had peak wind gusts of 53 mph in the city of Waukegan. Ameren reported about 23,000 power outages, largely in the Galesburg and Peoria area, on Tuesday morning. The National Weather Service on Tuesday issued flood warnings for areas near Champaign, Charleston, Effingham, Taylorville, and Salem.

The Illinois Department of Transportation said several roadways were closed in southern Illinois because of flooding, including Interstate 70 near Pleasant Mound and roads along the Mississippi River near Chester and the Shawnee National Forest. Major flooding was observed along the Kankakee, Illinois, Sangamon, and Vermilion rivers.

The National Weather Service says more rain is on the way early Wednesday, with the heaviest precipitation expected over north Georgia where an additional 1 to 2 inches of rain is expected; many parts of the state are still dealing with floodwaters from earlier storms. In a county about 60 miles northwest of Atlanta, divers on Monday recovered the body of a man whose car was swept away by floodwaters.

A flood watch covering north Georgia, including all of metro Atlanta, is in effect until 7 a.m. Thursday.

And in the air, 805 flights into, out of, or across the U.S. have been canceled and 319 have been delayed, due to the large storm system that has moved on towards the East Coast. That’s down significantly from Monday evening, when about 7,600 flights were affected.

Flight-tracking service FlightAware showed that of the cancelled flights, about 200 were at Chicago O’Hare International Airport. A typical day sees about 150 cancellations and 4,000 delays nationwide.