World Iraqi Commander: No Progress Yet in IS-Held Ramadi
World 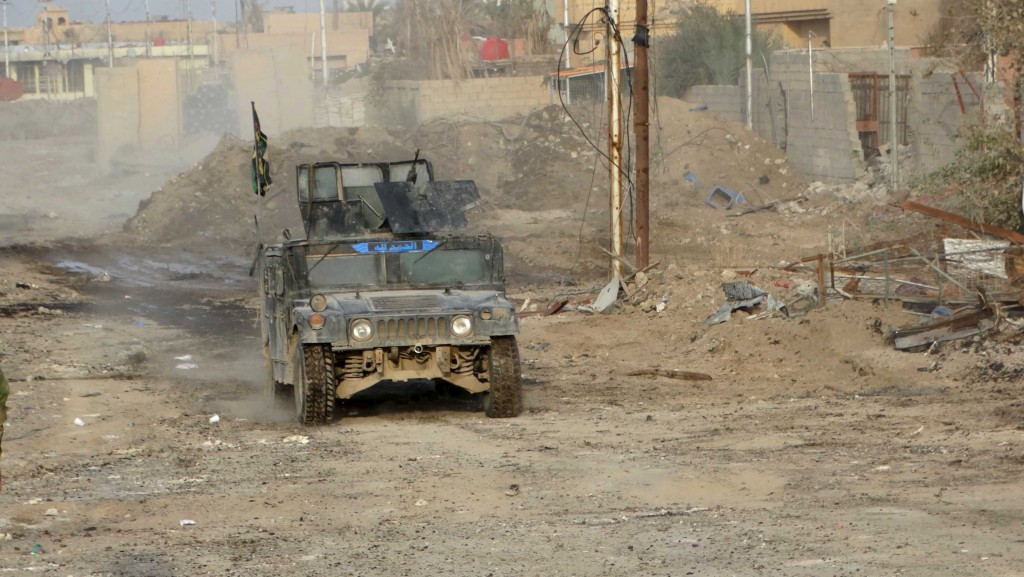 A military commander says government troops are still encircling the local government complex in the Islamic State-held city of Ramadi.

Brig. Gen. Ahmed al-Belawi told The Associated Press on Monday that the terrorists stopped firing at troops at around 8:00 a.m. from inside the complex and that “we believe that they were either killed or fled.”

Fearful of possible booby traps or suicide bombers holed up inside the complex, al-Belawi said that troops were calling in engineering teams before entering. He expects to take over the complex “in the coming hours.”

The capital of Anbar province, Ramadi, was taken by IS terrorists in May in a major blow to government efforts to recapture lands under the group’s control. IS holds about a third of Iraq and Syria.