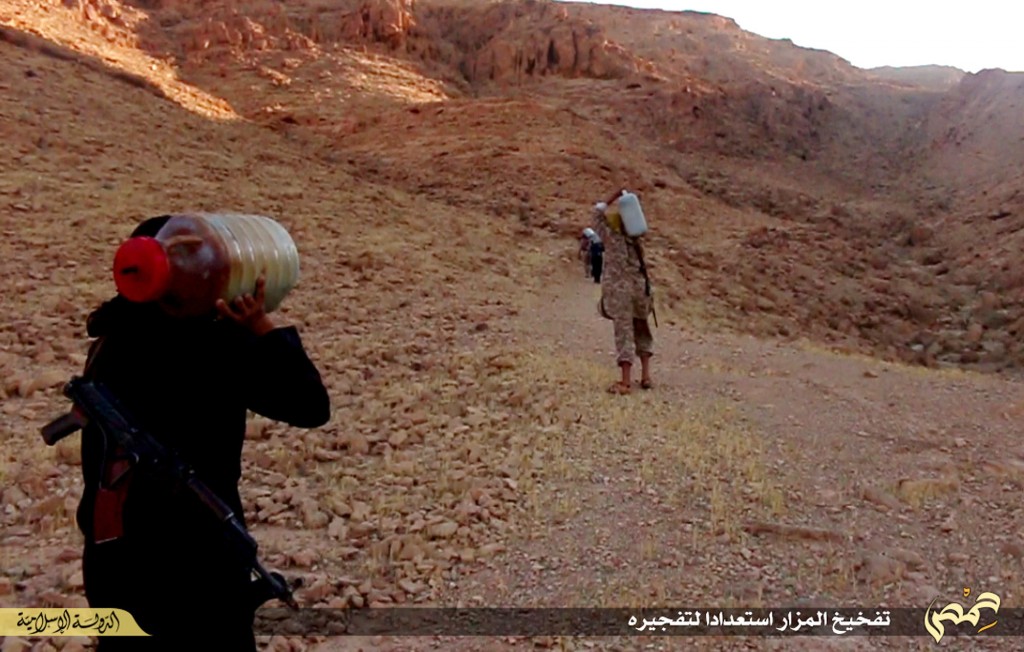 Islamic State has sanctioned the harvesting of human organs in a previously undisclosed ruling by the group’s Islamic scholars, raising concerns that the terror group may be trafficking in body parts.

The ruling, contained in a January 31, 2015 document reviewed by Reuters, says taking organs from a living captive to save a Muslim’s life, even if it is fatal for the captive, is permissible.

Reuters couldn’t independently confirm the authenticity of the document. U.S. officials say it was among a trove of data and other information obtained by U.S. special forces in a raid in eastern Syria in May.

“The apostate’s life and organs don’t have to be respected and may be taken with impunity,” says the document, which is in the form of a fatwa, or religious ruling, from the Islamic State’s Research and Fatwa Committee.

“Organs that end the captive’s life if removed: The removal of that type is also not prohibited,” Fatwa Number 68 says, according to a U.S. government translation.

The document does not offer any proof that Islamic State actually engages in organ harvesting or organ trafficking. But it does provide religious sanction for doing so under the group’s harsh interpretation of Islam – which is rejected by most Muslims. Previously, Iraq had accused Islamic State of harvesting human organs and trafficking them for profit.

The document does not define “apostate,” though the Islamic State has killed or imprisoned non-Muslims, such as Christians, and Shiite Muslims, as well as Sunni Muslims who don’t follow its terrorist views.

U.S. officials say the records that were seized have given the U.S. government a deep look into how Islamic State organizes, raises funds and codifies laws for its followers.

Iraq’s ambassador to the United Nations, Mohamed Ali Alhakim, told Reuters the documents should be examined by the U.N. Security Council as evidence that Islamic State could be trafficking in organs to raise cash.

The May raid in Syria, which resulted in the death of Islamic State top financial official Abu Sayyaf and the capture of his wife, netted seven terabytes of data in the form of computer hard drives, thumb drives, CDs, DVDs and papers, said Brett McGurk, U.S. President Barack Obama’s Special Presidential Envoy for the Global Coalition to Counter ISIL, in an interview. Abu Sayyaf was a Tunisian terrorist whose real name was Fathi ben Awn ben Jildi Murad al-Tunisi.

U.S. officials have previously described the Abu Sayyaf raid and some of the documentation seized. But until now, none of the actual documents have been released – aside from materials illustrating Islamic State’s trafficking in antiquities, made public at an event at New York’s Metropolitan Museum of Art in September.

The U.S. government has shared some of the documents from the Abu Sayyaf raid with allied governments in an effort to increase their understanding of Islamic State in recent weeks as Washington works to shore up support for countering the group.

The group of documents reviewed by Reuters – entitled “Lessons Learned From the Abu Sayyaf Raid” – show how the Islamic State has provided a legal justification to its followers for a range of practices.

Senior U.S. officials, including McGurk, said they have not been able to ascertain whether the Islamic State had followed through on the fatwa on organ harvesting.

The document provides a religious justification for harvesting the organs of those they call infidels, he said.

William McCants, a Brookings Institution scholar who is author of the book “The ISIS Apocalypse,” said the group’s ruling on slavery and human organs doesn’t represent modern Islamic interpretations.

In February Alhakim had urged the U.N. Security Council to investigate the deaths of 12 doctors in the Islamic State-held city of Mosul. Alhakim said the doctors were killed after refusing to remove organs.

The U.N. special envoy for Iraq, Nickolay Mladenov, said at the time that he could not confirm the claim, but it would be investigated. The U.N. has not provided an update on that investigation, which Alhakim said he would ask the Security Council to revisit.