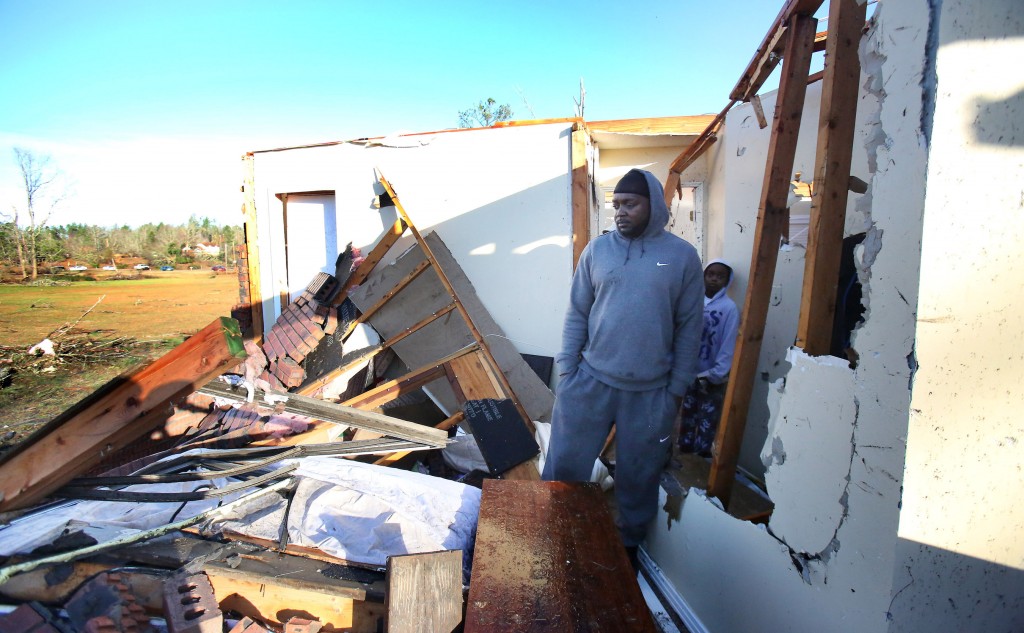 At least 14 people were killed in Mississippi, Tennessee and Arkansas as spring-like storms mixed with unseasonably warm weather and spawned rare late-December tornadoes in the South late Wednesday night. Scores of others were injured and dozens of cars, homes and businesses were destroyed.

The line of storms continued marching east Thursday, dumping torrential rain that flooded roads in Alabama and caused a mudslide in the mountains of Georgia. A tornado also touched down in Canton Township in Michigan, a suburb west of Detroit.

Authorities confirmed seven deaths in Mississippi, including that of a 7-year-old boy who was in a car that was swept up and tossed by a storm. Six more died in Tennessee. One person was killed in Arkansas.

Search teams combed damaged homes and businesses for people still missing, a hunt made complicated because so many had left for the holidays.

“Until they know for sure where those folks are, they’re going to keep looking, because we’ve had in some cases houses leveled, and they’re just not there anymore,” Flynn said.

The threat of severe weather at this time of year is unusual but not unprecedented, said Greg Carbin, a meteorologist at the national Storm Prediction Center. Exactly a year ago, twisters hit southeast Mississippi, killing five people and injuring dozens of others.