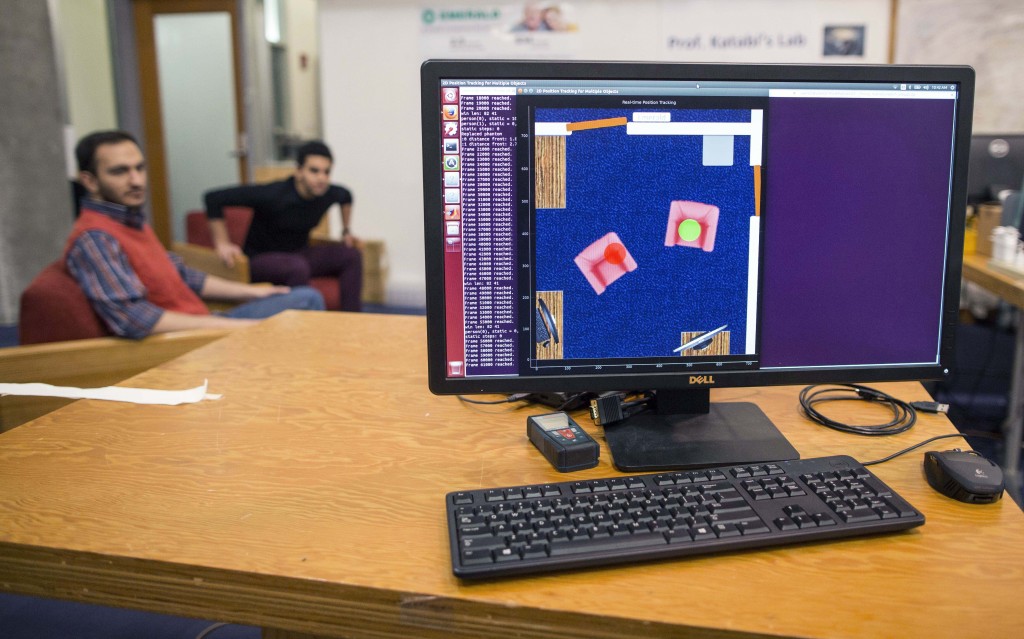 X-ray vision, a comic-book fantasy for decades, is becoming a reality in a lab at MIT.

A group of researchers led by Massachusetts Institute of Technology professor Dina Katabi has developed software that uses variations in radio signals to recognize human silhouettes through walls and track their movements.

Researchers say the technology will be able to help health-care providers and families keep closer tabs on toddlers and the elderly, and it could be a new strategic tool for law enforcement and the military.

“Think of it just like cameras, except that it’s not a camera,” said Fadel Adib, a researcher on the MIT team developing the device.

“It’s a sensor that can monitor people and allow you to control devices just by pointing at them,” he said.

Work began in 2012 to determine how wireless signals could be used to “see” what’s happening in another room, said Katabi, who directs the MIT Wireless Center.

“At first we were just interested … can you at all use wireless signals to detect what’s happening in occluded spaces, behind a wall, couch, something like that,” Katabi said.

“It turned out that we were able to detect that. And when we figured out we could detect that, we started asking more advanced questions: Could we use it to detect exactly how people are moving in a space if they are behind a wall?”

The device displays the signal on a screen, where the person’s movements can be tracked in real time. It depicts the target as a red dot moving around the room, occupying a chair and speeding up or slowing down.

The wireless signals used to track a person’s motions also can measure the individual’s breathing and heart rate — and potentially identify the person based on the shape of his or her skeleton, said researcher Zach Kabelac.

“The person won’t be wearing [any equipment on him],  and the person it’s tracking doesn’t even need to know the device is there,” Kabelac said.

“If something unfortunate happens to [the tracked person], like a fall, the device will contact the caregiver that they chose to alert” by generating a message or an email, he added.

“You don’t want to send the police inside without knowing where the people are standing or where the hostages are,” she said. “If there is someone with a gun, where are they standing?”

A company set up to market the technology, now dubbed Emerald, will spin out of the MIT lab next year, with a goal of marketing the device early in 2017, and it’s expected to sell for $250-$300, Adib said. The team is working to make the device smaller and to develop an interface that will let users configure it through a smartphone app, Katabi added.

The technology raises questions about privacy rights and intrusion, and Adib said the team gave serious thought to those implications.

“The user interface will be friendly for setting it up and using it at home, but it will be very hard to use it to track someone just by pointing it at their wall,” he said.

“Think of it this way: Your cell phone already has wireless signals that can traverse walls, but how many people can use these signals to actually see through walls? The reason people can’t do that is that the user interface does not expose this information.”