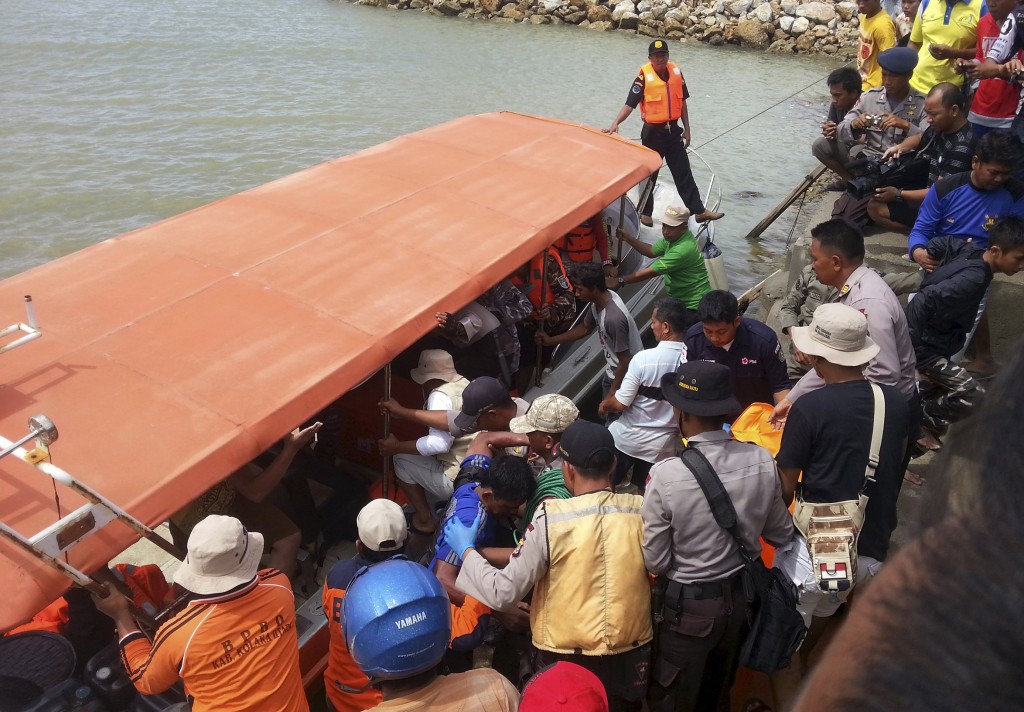 Hopes faded on Sunday for 78 people missing from a ferry that sank off Indonesia’s island of Sulawesi, officials said, after 37 passengers were pulled alive from the rough seas by rescuers in helicopters, fishing vessels and rubber dinghies.

So far three people have been found dead in the Gulf of Boni, off South Sulawesi, since the vessel with 118 on board ran into trouble on Saturday.

Roki Asikin, head of the local rescue team, told local media that the search for survivors would resume at sunrise on Monday. He said waves of up to three meters in height and strong winds had hampered efforts to find survivors.

“We’ve tried our best with all the equipment we have, with the help of the search and rescue team’s helicopters and its Pacitan ship. We are grateful for our fishermen’s help,” Alamsyah, chief of the Disaster Mitigation Agency in the island’s Wajo regency told Reuters.

“But we are worried that more than 24 hours have passed. We are waiting for miracles. We hope that all of them can survive.”

Many of those rescued were found with life jackets floating in the sea after they had abandoned the stricken ferry, and four people were found alive in a fish trap.

One passenger rescued by fishermen, who gave his name as Mussakar, told local media: “When the ship listed (began to lean to one side) and was about to sink, everyone jumped. There was a lifeboat … but then it capsized and sank.”