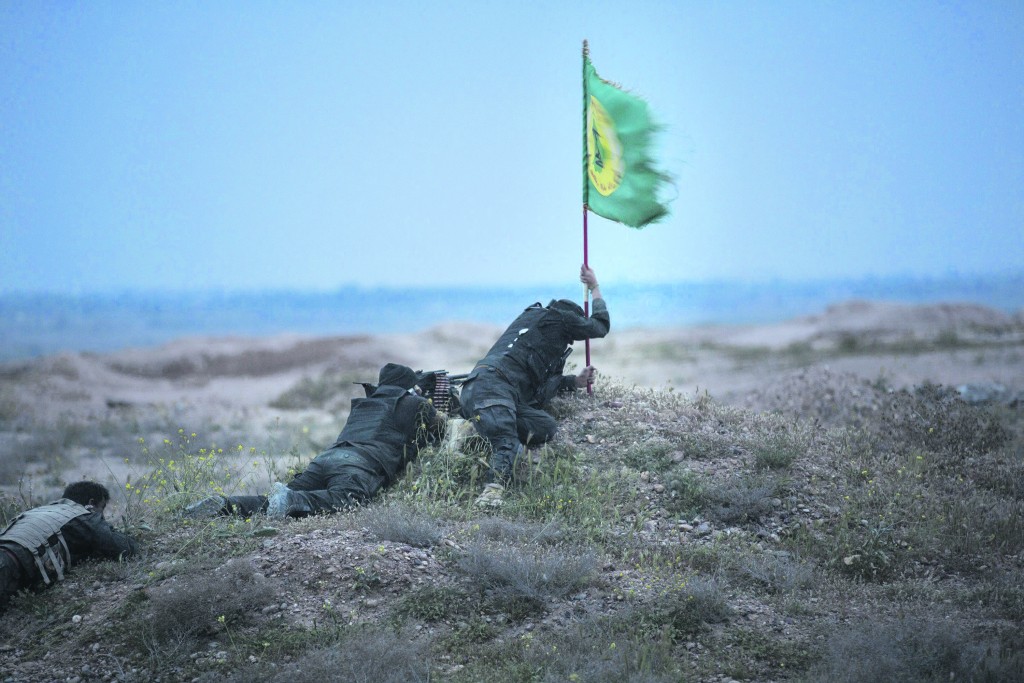 Finance ministers from the 15 nations on the U.N. Security Council are to meet Thursday to adopt a resolution aimed at disrupting the outside revenue that the Islamic State terrorist group gets from selling oil and antiquities, from ransom payments and other criminal activities.

The Islamic State group is already subject to U.N. sanctions under resolutions dealing with al-Qaida. But the proposed resolution, sponsored by the United States and Russia, elevates IS to the same level as al-Qaida, reflecting its split from al-Qaida and the growing threat it poses, especially in the Mideast and North Africa.

U.S. Treasury Secretary Jacob Lew, who will chair Thursday’s meeting, said when the meeting was announced earlier this month that disrupting the Islamic State group’s financing and cutting it off from the international financial system “are critical to effectively combating this violent terrorist group.”

U.S. Ambassador Samantha Power told reporters Wednesday that the meeting is an unprecedented chance to bring together the people with the technical abilities to track and cut off funds to “starve” the Islamic State group of resources.

The Islamic State terror group controls a large swath of Syria and Iraq, including oil and gas fields, though bombing campaigns by the U.S.-led coalition and ground forces have enabled Iraq to regain some territory.

While the resolution is aimed at cutting off some of IS’s outside revenue streams, a U.N. diplomat and U.S. official said the majority of funding for the terrorist group comes from internal sources which are difficult to disrupt. Both spoke on condition of anonymity because they were not authorized to speak publicly.

The U.S. official said that getting at IS’s revenue is a serious challenge because much of it is internally generated from oil and gas sales which have the potential to generate hundreds of millions of dollars annually, as well as from taxation and extortion. This is in contrast to al-Qaida, whose funding typically comes from outside donors, including charities and kidnapping for ransom.

The draft resolution, obtained by The Associated Press, would rename the U.N. Security Council committee monitoring sanctions against al-Qaida “the ISIL (Daesh) and al-Qaida sanctions committee.”

It calls ISIL a splinter group of al-Qaida and stresses that “any individual, group, undertaking, or entity supporting ISIL or al-Qaida” is subject to U.N. sanctions, including an asset freeze, travel ban and arms embargo.

Power said the resolution will be a new piece of international law that “will require countries to do more than they have been doing.”

The fact that the Islamic State group is still able to traffic in oil and artifacts and extort people is “a problem we should be able to solve,” she said.

The draft encourages the 193 U.N. member states “to more actively submit” names for inclusion on the sanctions list and expresses “increasing concern” at the failure of countries to implement previous sanctions resolutions.

It calls on all countries “to move vigorously and decisively to cut the flows of funds and other financial assets and economic resources” to those on the sanctions list.

The proposed resolution urges countries to share information about extremist groups and calls for a report within 120 days on what every country is doing to tackle the financing of IS and al-Qaida.

It also requests Secretary General Ban Ki-moon to provide an initial “strategic-level report” in 45 days on the sources of financing of IS and associated groups, including through illicit trade in oil, antiquities and other natural resources, as well as their planning and facilitation of attacks, and to provide updates every four months.