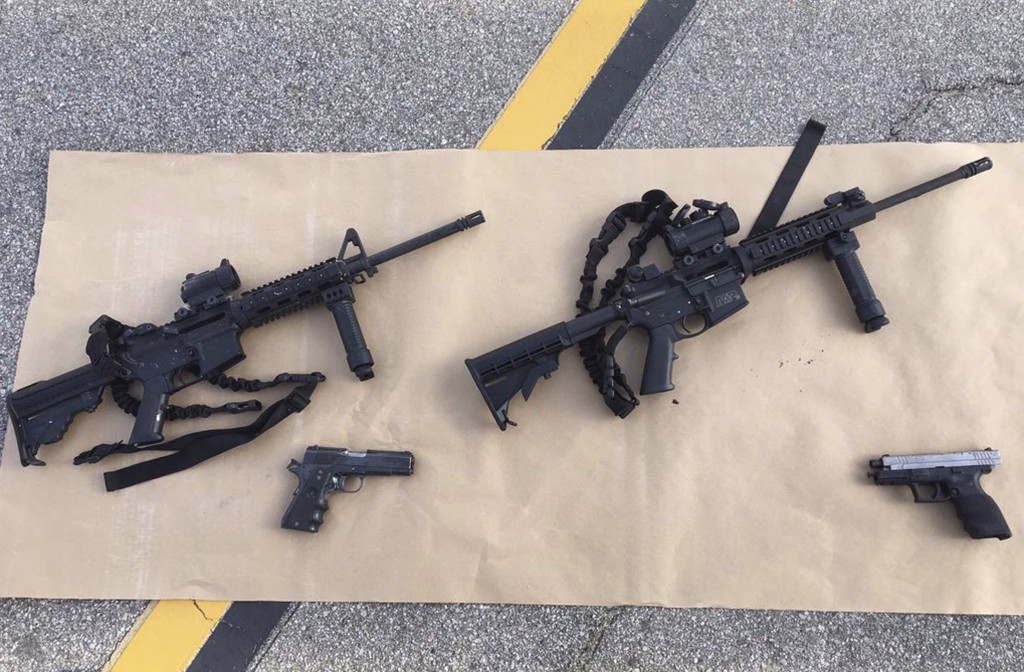 A former neighbor suspected of supplying guns to the married couple who massacred 14 people in San Bernardino, California, was arrested and charged on Thursday with conspiring to provide material support to terrorists, the U.S. Justice Department said.

Enrique Marquez, a friend of Syed Rizwan Farook, 28, who carried out the Islamic State-inspired Dec. 2 terror attack with his wife, Tashfeen Malik, 29, was also charged with defrauding immigration authorities by entering into a sham marriage with a member of Farook’s family, prosecutors said.

Assistant Attorney General John P. Carlin said in a statement that Marquez is charged with conspiring to provide material support to terrorists “for his role in plotting attacks on American soil in 2011 and 2012, attacks which were, fortunately, not carried out.”

Carlin said Marquez, 24, is also charged with a firearms violation for making a “straw purchase” of weapons for Farook.

According to an affidavit, Marquez told investigators he and Farook made plans to attack the library or cafeteria at Riverside Community College in California in late 2011.

He and Farook also planned to attack a state highway during rush hour with pipe bombs and shoot at law-enforcement and emergency crews as they arrived.

Marquez, who had checked himself into a Los Angeles-area psychiatric facility shortly after the shootings, had several connections to Farook and Malik and quickly became a key figure in the investigation of the shootings. The Federal Bureau of Investigation raided his home and questioned him for several days. Sources said Marquez cooperated during their interviews.