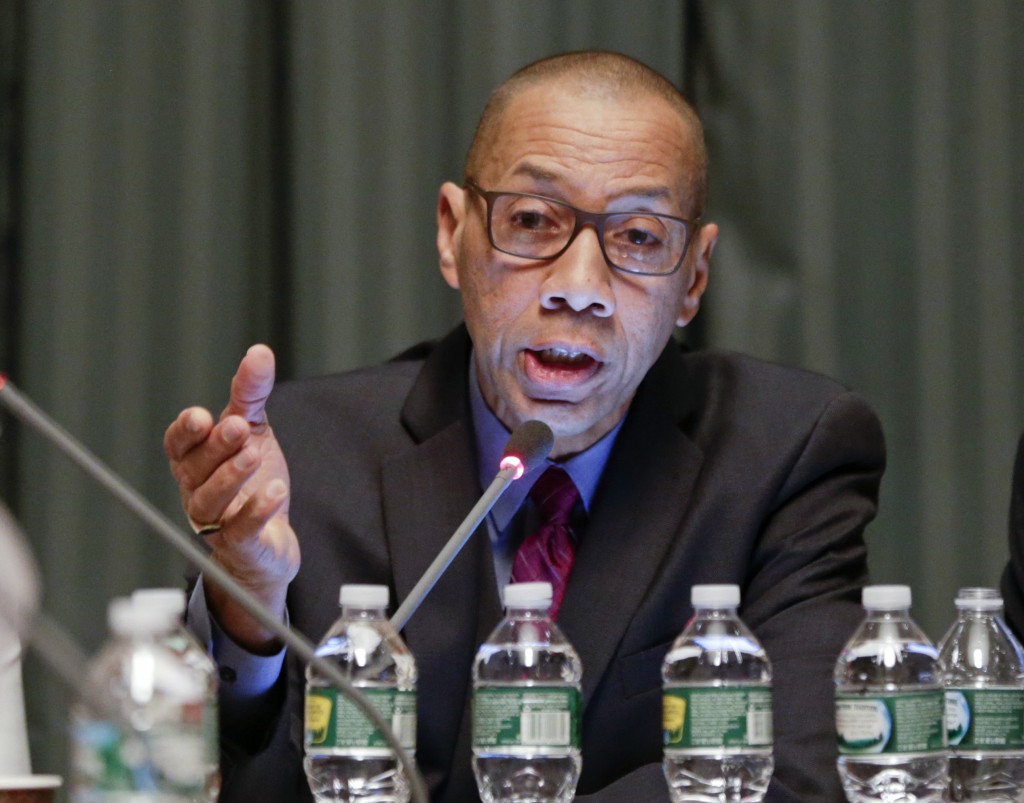 Yeshivos in the school district encompassing Monsey and New Square are “in total shock” as a committee they cooperated with recommended that a state monitor be appointed with power to veto the elected school board’s decisions.

Shortly after the panel handed in the report, the New York State Board of Regents unanimously approved its recommendations.

One yeshivah official in the district said that yeshivos in Monsey are stunned at Walcott’s report.

“There is total shock in yeshivos,” he said. “I think that even (someone) like Walcott, who was good for yeshivos in New York City, just gets poisoned when entering East Ramapo.”

Yehuda Weissmandl, the school board’s president, said in a statement that the board was “surprised” at the main recommendation that a veto-empowered monitor oversee the board. He said that frequent meetings with Walcott since the appointment in the summer had led him to believe that Walcott “spoke to these very issues and seemed intent on avoiding a repeat of the past.”

“The final report to the Regents, however, went in a different direction,” Weissmandl said.

Walcott’s panel made a total of 19 recommendations on how to improve the district’s schools. The most far reaching one, though, will need the approval of the legislature. While the Democratic Assembly earlier this year passed a bill to impose an outside monitor, the Republican Senate did not go along.

Walcott said he was hopeful the Senate would agree after viewing his report.

“We are serious about working with the board and SED and pursuing the legislation that’s required,” Walcott told the board. “We think as a result of this package, the district will be a lot healthier in serving the students of the district.”

But Weissmandl said that another fight over a bill is “likely to reprise the divisions and strife we saw in the district last year.”

“This is indeed unfortunate, because we had begun the process of reconciliation in East Ramapo,” he said. “What we need in East Ramapo is a laser focus on the needs of children and reconciliation as a community and improved cooperation at all levels. As we always have, we will continue to work diligently toward these goals.”

The panel recommended 18 additional reforms, including an independent election monitor for school-board elections, increasing state aid by about $15 million a year and ensuring that at least one public-school parent serves on the school board.

The proposal that will most likely impact yeshivos calls for ending “gender segregated buses.”

The report inexplicably contends that East Ramapo, which buses more children to school than any other in the state outside New York City, spends “slightly below average” of other districts on busing per pupil.

However, according to the yeshivah official, yeshivos only get about $450 per pupil, while nearby districts get an average of $1,400 per student.

“How would you call that ‘slightly below average’? ” he questioned. “It’s just unbelievable.”

The East Ramapo school board represents the district, which is mostly Orthodox Jews. About two-thirds of the district’s 32,000 students attend yeshivos.