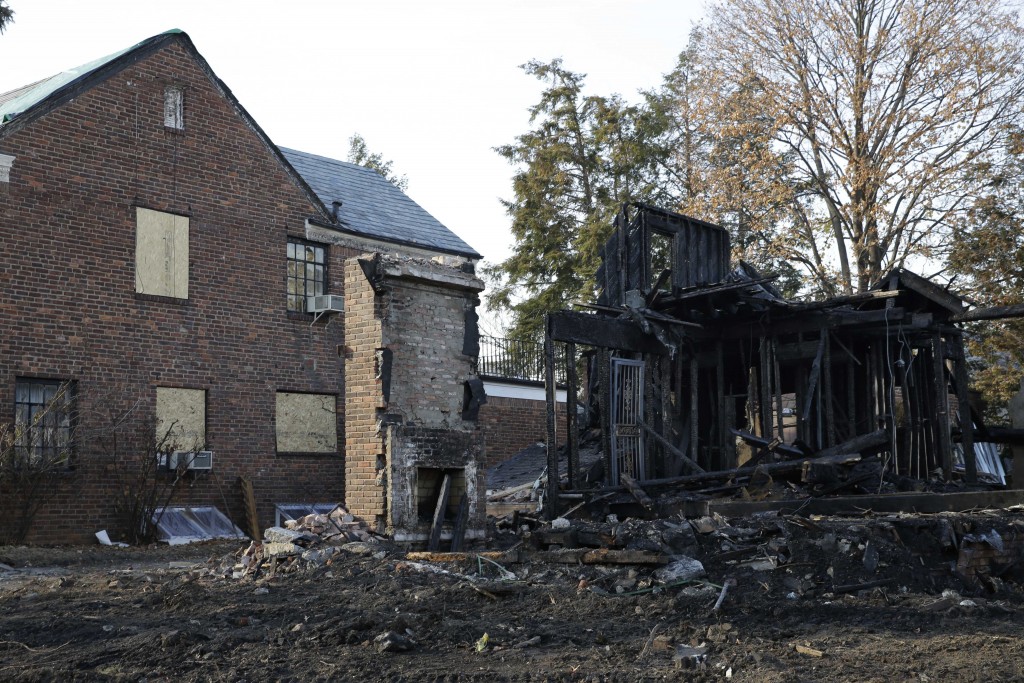 A string of arson attacks appearing to target property owned by Bukharian Jews in the Forest Hills neighborhood of Queens has put the community on edge. The perpetrator, who is still at large, has succeeded in destroying seven construction starts, as well as causing heavy damage to adjacent homes. All sites belong to Bukharian Jews. No injuries have been reported.

The first incident occurred November 8 and several fires have been set since then. However, it was not until the most recent blaze, which occurred shortly after midnight this past Sunday, that the pattern of crimes garnered wider media attention and stepped-up police efforts.

The building site destroyed Sunday night belongs to Rabbi Zalman Zevulov, director of the Jewish Institute of Queens, an elementary school in Rego Park. Some weeks ago, an attempt to set the same location on fire was spotted early and the flames were extinguished, but the more recent fire burned the area completely, as well as damaging nearby homes.

In an interview with Hamodia in the days following the fire, the Rabbi said that he did not want to conjecture as to the arsonist’s motive, but encouraged the community not to be intimidated by the series of crimes.

“We have always lived under attack,” he said. “We are going to be strong and continue to build.”

Rabbi Zevulov added that residents of the neighborhood had met with members of Boro Park Shomrim in an attempt to design a community-based patrol on a similar model. He said that meetings with police were ongoing. After one such meeting Sunday morning, a $50,000 reward raised by private sources was offered for information leading to the culprit’s capture.

Following the first fire, police released an image taken from video surveillance of a man wearing a hooded sweatshirt. Some media sources reported that police recovered a note apparently left by the perpetrator, but no information besides the picture has been released. The NYPD has said it is not considering the incidents as hate crimes and has declined to comment further on the matter.

Dr. Boris Yuabov, a podiatrist who lives in the neighborhood, told Hamodia that he had seen one of the buildings collapse after catching fire, and also witnessed the most recent blaze. He described the scene as “very scary.”

“This is not just about financial loss; there is a very real potential loss of life,” he said. “The fires have all been late at night. These houses have little kids who are sleeping and elderly people who cannot get out.”

While Dr. Yuabov said that he did not want to jump to conclusions regarding motive, he felt that the crime scenes’ common feature as Jewish-owned construction sites certainly pointed to a pattern. Citing that incidents have been ongoing for over a month, he expressed frustration over the lack of attention they received in the wider Jewish community until this week.

“If this happened in Europe, everybody would have been writing about it, but when it happens here it becomes a Bukharian issue, not a Jewish one,” he said. “It seems that the New York Jewish community looks at Bukharians as a separate entity, which is not correct.”

The doctor said that since the arson attacks have gained greater media attention, police have met several times with community leaders and stepped up efforts to apprehend the culprit.

“It seems that police and security is proportionate to the [number of] Jewish newspapers that wake up and write about it,” he said. “When we first contacted officials, they said they are trying to put some security cameras into the budget. Now they have the time and people to take care of it.”

The upper-middle-class neighborhood of Forest Hills has been home to a large Jewish community for over half a century. Following the fall of the Soviet Union, the area became a center for many Jewish immigrants from the FSU, particularly Bukharians, who hail from Central Asian states such as Uzbekistan and Tajikistan. The community has built many shuls, yeshivos and other institutions to serve its expanding population through Central Queens. All of the recent fires have occurred in the area between Queens Boulevard and the Grand Central Parkway, where the community has its most visible concentration.

The appearance of a large section of the neighborhood has been transformed over the past two decades by large, villa-style houses, built mostly by the Bukharian community. They replaced more modest Cape Cod, Georgian, and Tudor models, a change that was opposed by many older residents. Some reports have suggested that resentment over the area’s altered aesthetics might play a role in the crimes.

Local city council member Karen Koslowitz told Hamodia that she had been in close contact with both police and representatives of the Bukharian community in working to stem the arson cases. She, too, was hesitant to offer a guess as to motive.

“They have clearly been targeting; all of the houses look the same,” said the councilwoman. “I don’t want to label it. I just want to catch whoever has been doing it.”