National Officials: California Gunman Was in Touch With Terrorists
National 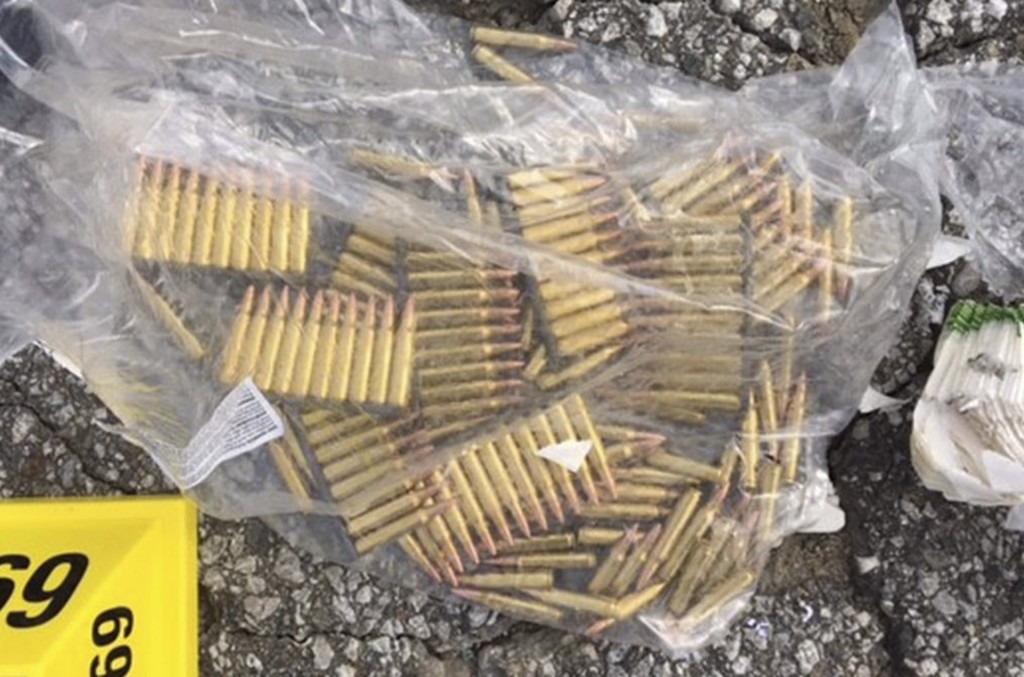 California gunman Syed Rizwan Farook had been in contact with known Islamic extremists on social media, a U.S. intelligence official said Thursday, and police said he and his wife had enough bullets and bombs to slaughter hundreds when they launched their deadly attack on a holiday party.

The details emerged as investigators tried to determine whether the rampage that left 14 people dead was terrorism, a workplace grudge or some combination.

The husband-and-wife killers were not under FBI scrutiny before the massacre, said a second U.S. official, who likewise was not authorized to discuss the investigation and spoke on condition of anonymity.

On Thursday, Police Chief Jarrod Burguan offered a grim inventory that suggested Wednesday’s bloodbath could have been far worse.

At the social service center, the couple left three rigged-together pipe bombs with a remote-control detonating device that apparently malfunctioned, and they had more than 1,600 rounds of ammunition remaining when police killed them in their rented SUV, Burguan said.

At a family home in the nearby town of Redlands, they had 12 pipe bombs, tools for making more, and over 3,000 additional rounds of ammunition, the chief said.

“We don’t know if this was workplace rage or something larger or a combination of both,” Attorney General Loretta Lynch said in Washington, echoing President Barack Obama. “We don’t know the motivation.”

Investigators are trying to determine whether Farook, who was Muslim, became radicalized – and, if so, how – as well as whether he was in contact with any foreign terrorist organization, said the U.S. intelligence official, who was not authorized to discuss the matter publicly and spoke on condition of anonymity.

The same official said Farook had been in touch on social media with extremists who were under FBI scrutiny.

The second U.S. official said the FBI was treating the attack as a potential act of terror but had reached no conclusion that it was. The official said Farook had communication with individuals who were under FBI scrutiny. But the contact was with “people who weren’t significant players on our radar,” dated back some time, and there was no immediate indication of a surge in communication before the shooting.

The official cautioned that such contact by itself doesn’t mean someone is a terrorist.

Rita Katz, director of SITE Intelligence Group, an organization that tracks and analyzes extremists, said it hasn’t found any connection between Farook and jihadi groups. But she also said that some of Farook’s social media posts seem to have been deleted before the attack.

Two weeks ago, Farook and one of the co-workers he killed, 52-year-old Nicholas Thalasinos, had a heated conversation about Islam, according to Kuuleme Stephens, a friend of the victim.

Stephens said she happened to call Thalasinos while he was talking with Farook at work. She said Thalasinos told her Farook “doesn’t agree that Islam is not a peaceful religion.”

As for workplace conflicts, co-worker Patrick Baccari said that until the rampage, Farook showed no signs of unusual behavior and was a reserved young man.

Baccari said he was sitting at the same table as Farook before Farook suddenly disappeared, leaving his coat on his chair. Baccari was in the bathroom when the shooting started; he suffered minor wounds from shrapnel slicing through the wall.

One of the first officers to reach the room said the carnage was “unspeakable” and the scene overwhelming – the smell of gunpowder, the wails of the injured, the blood, fire sprinklers pumping and fire alarms blaring.