World Kerry: We Can Defeat IS Within ‘Months’ of Syrian Transition
World 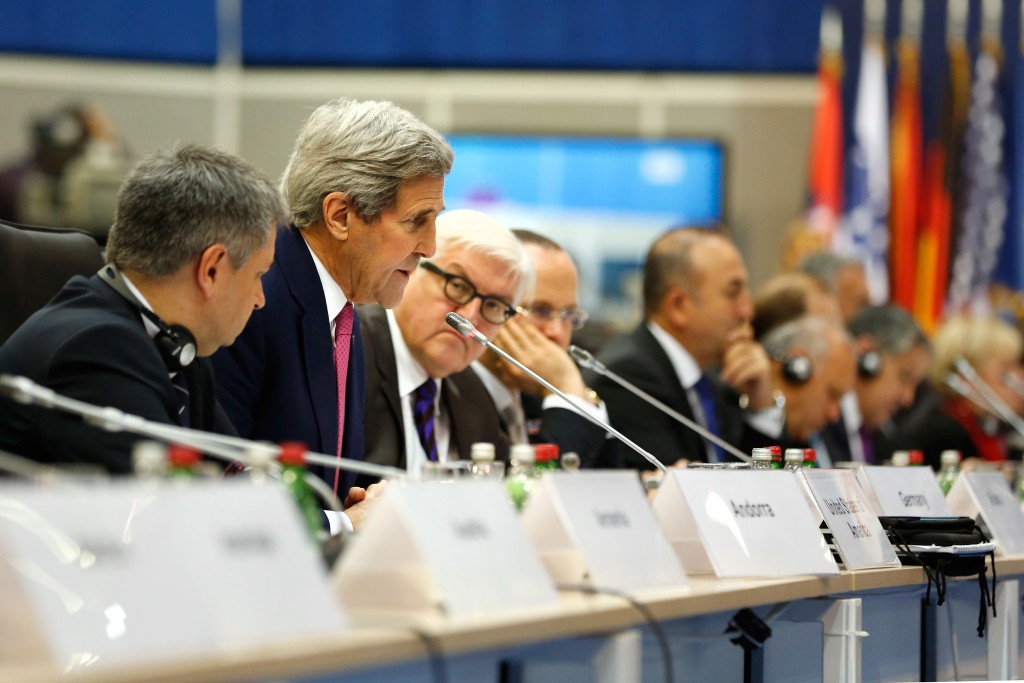 Syrian and Arab ground forces must be found to take on Islamic State, U.S. Secretary of State John Kerry said on Thursday, warning that terrorist group would not be defeated by air strikes alone.

Kerry was speaking hours after Britain launched bombing raids against Islamic State targets in Syria, joining forces with France and the United States nearly three weeks after the terrorist group killed 130 people in attacks across Paris.

British Prime Minister David Cameron says there are as many as 70,000 moderate opposition fighters in Syria ready to take on Islamic State with the help of foreign air strikes, an assertion opponents of the bombing campaign have questioned.

“I think we know that without the ability to find some ground forces that are prepared to take on Daesh, this will not be won completely from the air,” Kerry said at a meeting in Belgrade of the Organization for Security and Cooperation in Europe (OSCE).

Asked later if he meant Western ground forces, Kerry said: “[I’m] talking about Syrian and Arab, as we have been consistently.”

In a policy reversal, the United States on October 30 said it would deploy up to 50 U.S. Special Force troopers to Syria to coordinate on the ground with U.S.-backed rebels.

Kerry met his Russian counterpart, Sergei Lavrov, on the sidelines of the OSCE meeting, with Washington and Moscow at odds over the fate of Syrian President Bashar al-Assad more than four years into a war that has killed over 250,000 people.

The West says Assad must go, but Russia launched its own air strikes on September 30 in support of his government, saying it was going after Islamic State. Western officials say Russian jets have hit mainly other anti-Assad rebels.

Kerry said a “political transition” in Syria would pave the way for a united front against Islamic State – “the Syrian army together with the opposition … together with Russia, the United States and others to go and fight Daesh.

“Just imagine how quickly this scourge could be eliminated, in a matter of literally months, if we were able to secure that kind of political resolution.”